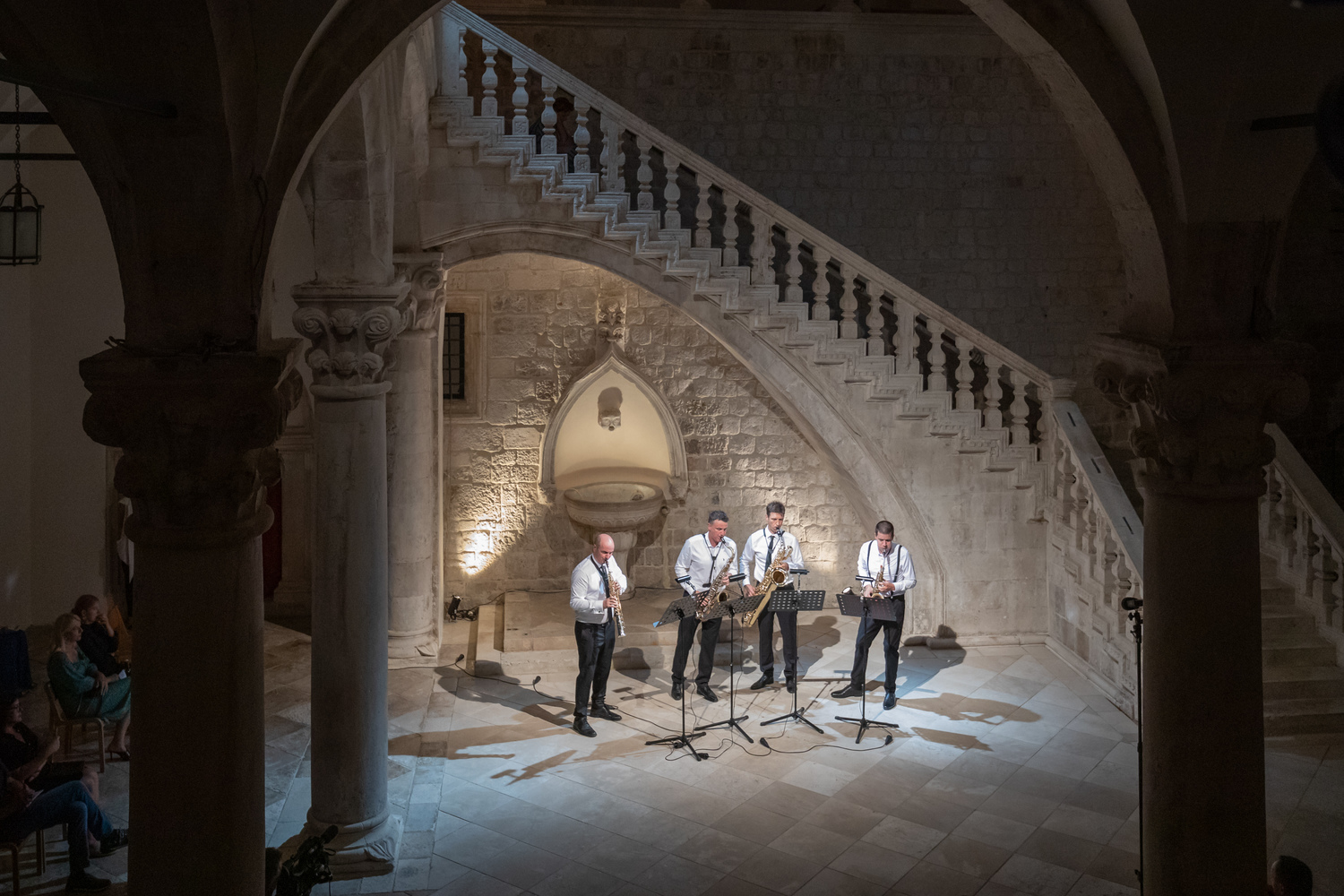 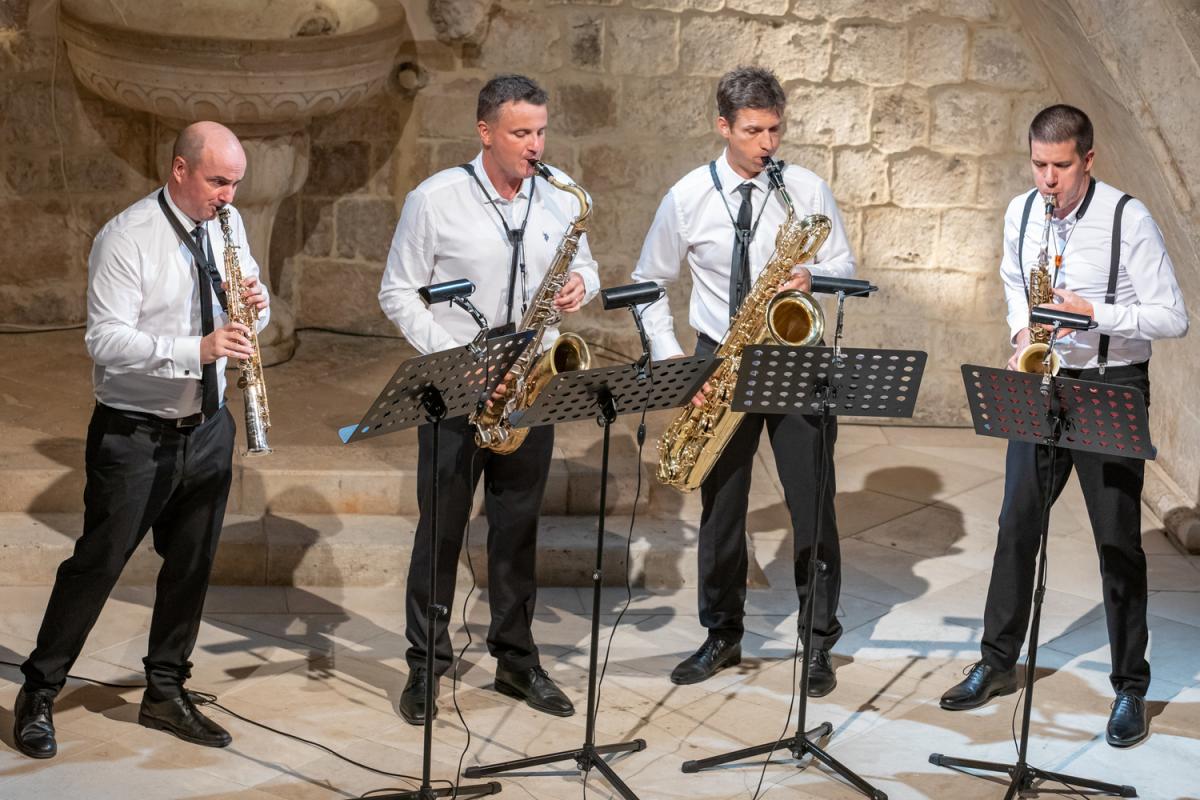 Nikola Fabijanić as soprano saxophone, Gordan Tudor as alto saxophone, Goran Jurković as tenor saxophone and Tomislav Žužak as baritone saxophone performed music with a smile, they were deadly precise yet fresh, contemporary, and in the end still genuinely classical. All these qualities were fully expressed in the performance of Concertino by Pierre-Max Dubois and Tintamarrea for 4 saxophones by Régis Campo, two compositions that are often on the repertoires of many saxophone quartets. They performed three Scenes composed by Gordan Tudor, as well as Three Studies by Boris Papandopulo in Saxophone adaptation by Ivan Batoš, Petrichor sonata by Petar Obradović, inspired by the smell of the air after the rain, and finally the composition Rossini per quatro by Gaetano Di Bacca, which contains re-arranged themes of the operas The Barber of Seville, The Thieving Magpie, The Italian in Algeria and Semiramis, and the song La Danza by Giachino Rossini. As a musical addition, the quartet performed Patchwork by Philipp Geiss and a composition Ausencia by Goran Bregović. 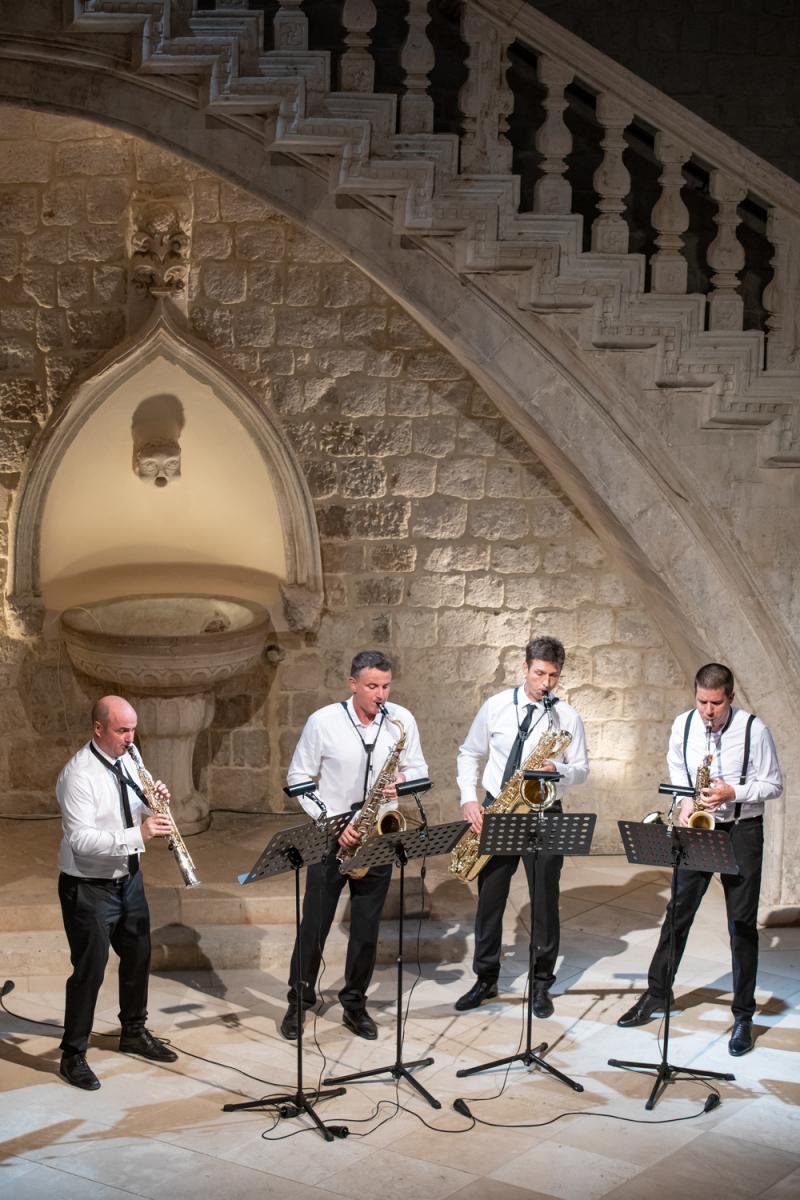 The music program of the 71st Dubrovnik Summer Festival continues on Tuesday, 18 August in the Rector's Palace atrium with the programme Dubrovnik on the Rock of Music that will bring together an exciting ensemble of the best Dubrovnik musicians under the direction of Tomislav Fačini. 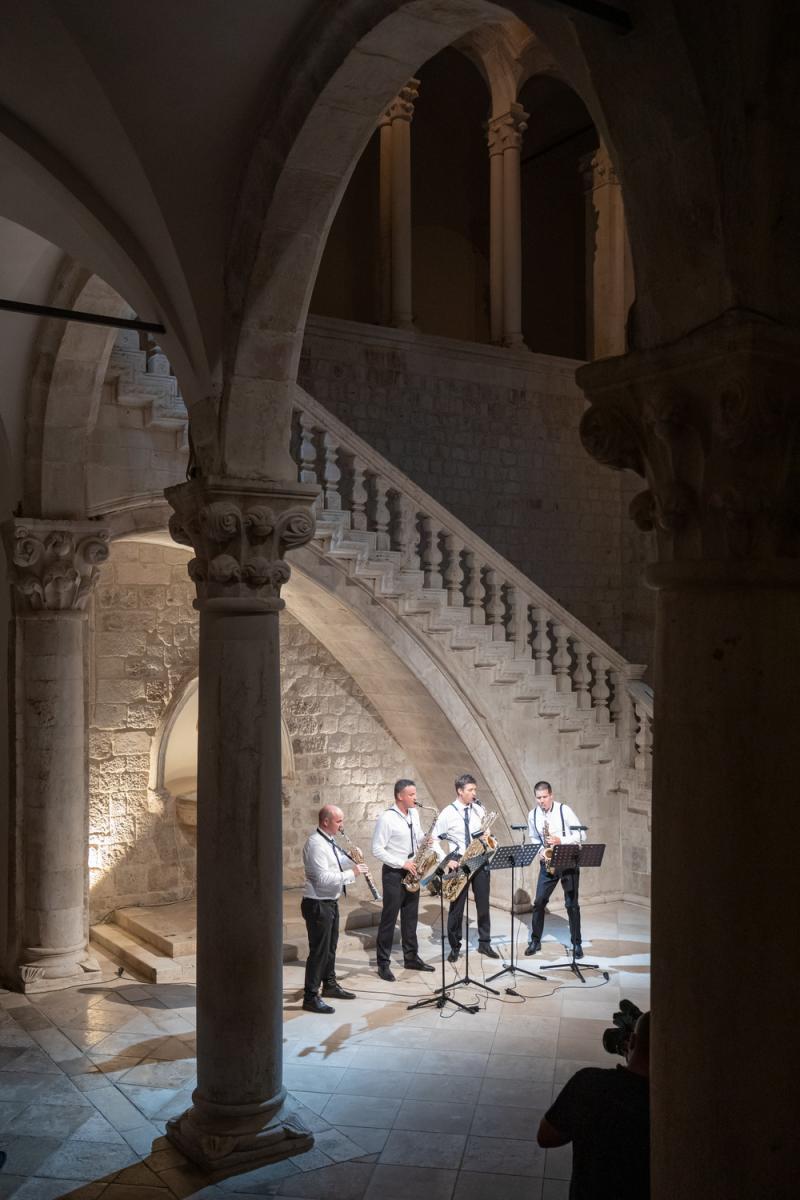 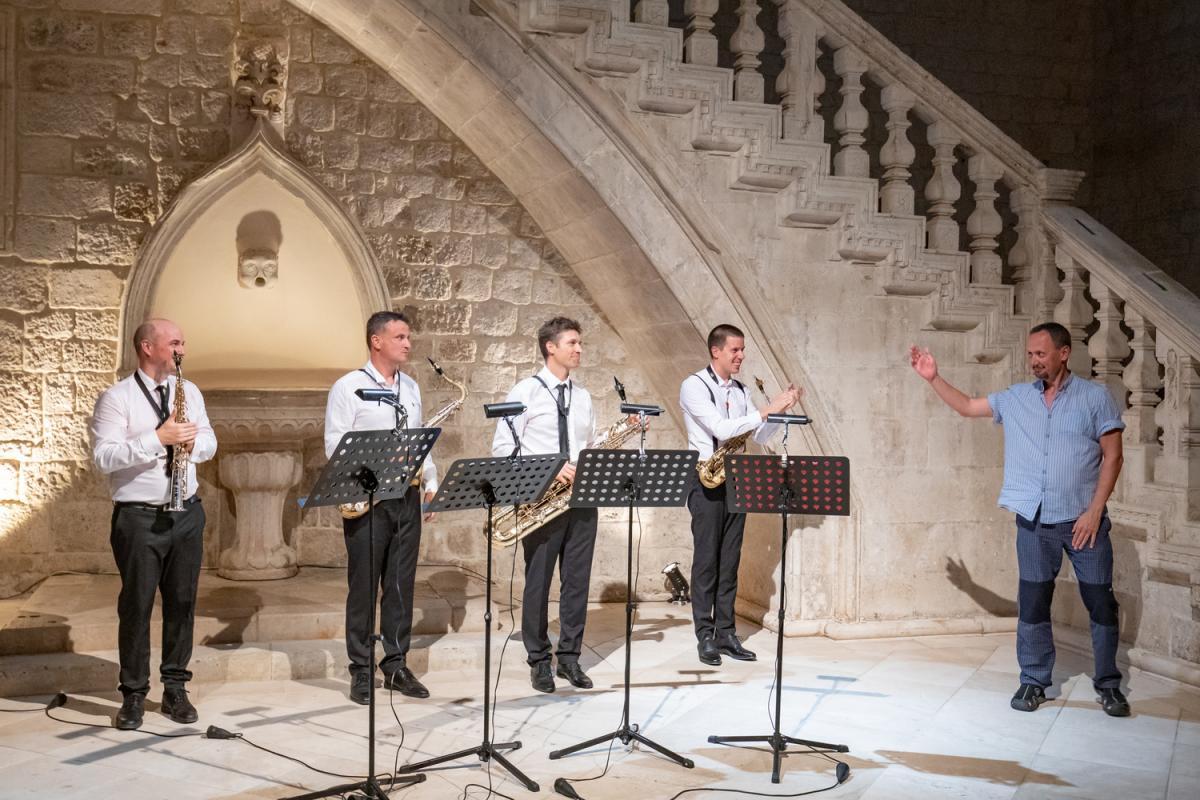