Last night, 21 July, the sensational play “One Song A Day Takes Mischief Away,” directed by Rene Medvešek and performed in the picturesque Gradac park by the brilliant Croatian National Theatre ensemble from Zagreb, swept the excited audience off their feet. 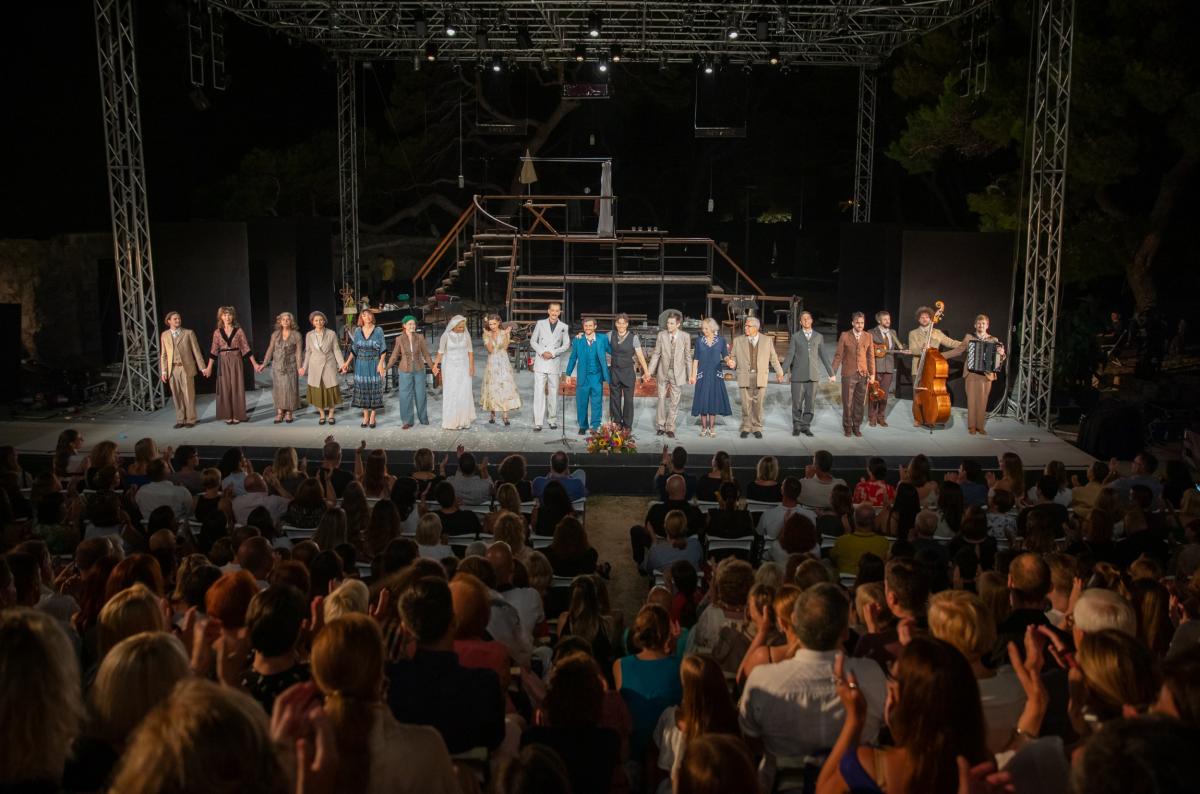 Inspired by the Krešo Golik eponymous cult classic – and one of the most watched Croatian films ever, Rene Medvešek conceived a veritable theatre potpourri through which he recreates the good spirit of Zagreb. In Medvešek’s musical theatre vision, the story about the everyday life of ordinary and familiar faces which gather around a table – the centrepiece of middle-class society – is enriched by a radio programme, the radio being the heart of the quaint dining room. This thrilling theatre rendition kept the legendary Golik film’s spirit with Medvešek adding more documentary elements of interwar Zagreb. The star-studded cast, led by Zrinka Cvitešić, Dušan Bućan and Krešimir Mikić, left the audience in tears from laughter and their delight was evident in the long and thunderous applause, and the cast even singing along with the crowd. “One Song A Day Takes Mischief Away” is to be performed one more day, tonight 22 July, at the same place and at the same time.