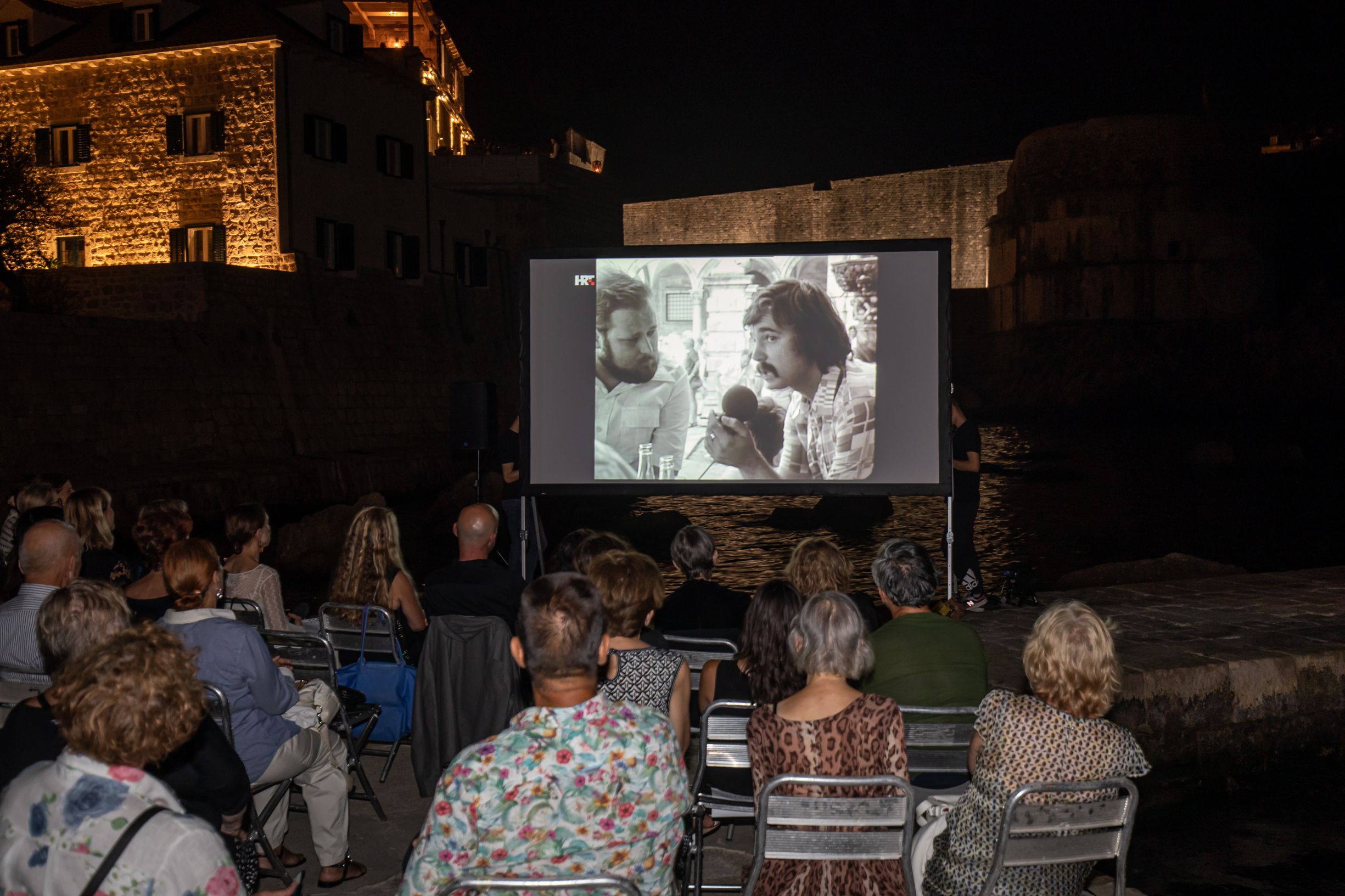 A befitting programme dedicated to one of the originators of contemporary site-specific theatre, Ivica Kunčević, was put on last night, 19 August in Pile, the location of his cult staging of the play Sad Jele. 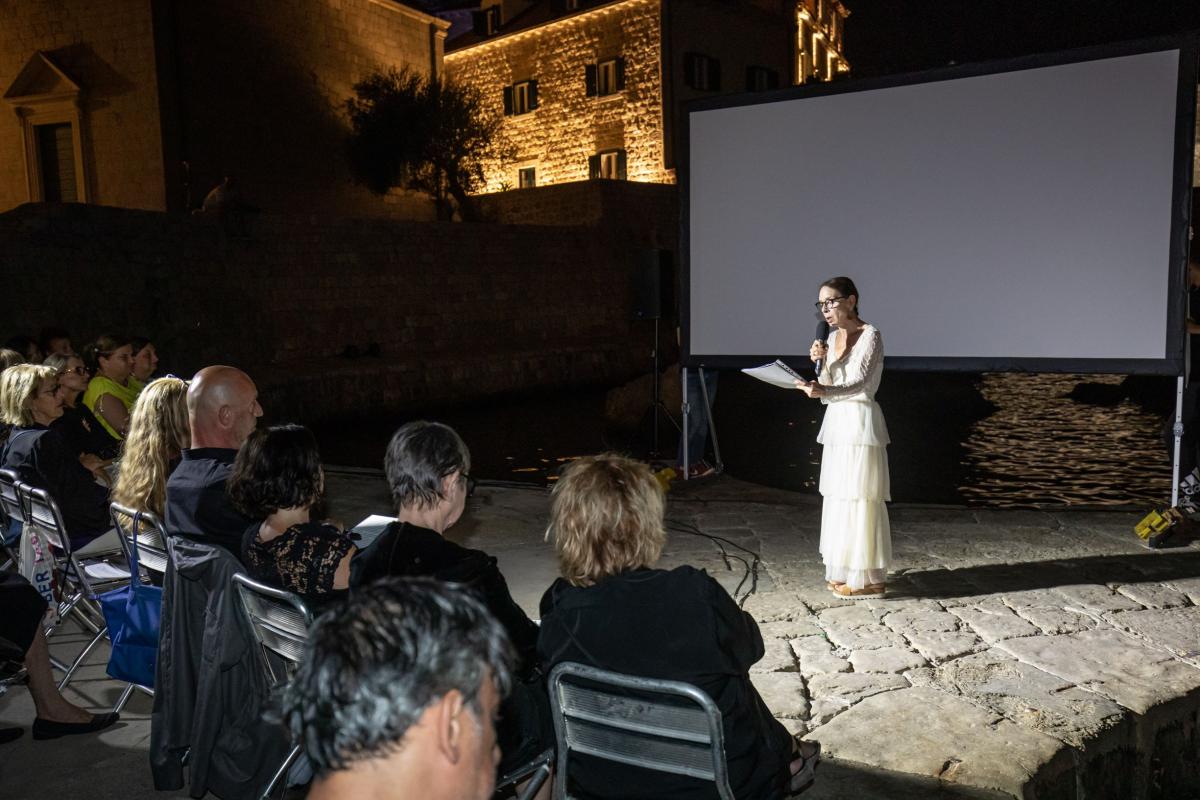 Perica Martinović spoke to the gathered crowed about Kunčević, his work and her memories with him, while Goran Grgić read an excerpt from Kunčević's book Ambijentalnost na Dubrovačku in which he talks about the rehearsals for Sad Jele, and Doris Šarić Kukuljica read verses of Shakespeare's Sonnet 66. A selection of video clips of the performances that encapsulate his work at the Festival was also shown: Romeo and Juliet, Sad Jele and The Miser, as well as clips from interviews in which Kunčević talked about open-air spaces as theatre settings, the inclusion of children in the play Sad Jele, that play being set in the sea at the Pile, and the role of the sea itself and the symbolism it had – thus, at the very end of last night’s programme, children dressed in white ran to the docks, in memory of the cult play. Kunčević questioned himself, the City and the heavens through his plays, and as the Artistic Director of the Dubrovnik Summer Festival from 2002 to 2009, he paved the way for a new generation of directors who spread the notions of Dubrovnik's site-specific theatre through various branching personal poetics. His rich knowledge is gathered for eternity in two books, Ambijentalnost na Dubrovačku and Redateljske bilješke. 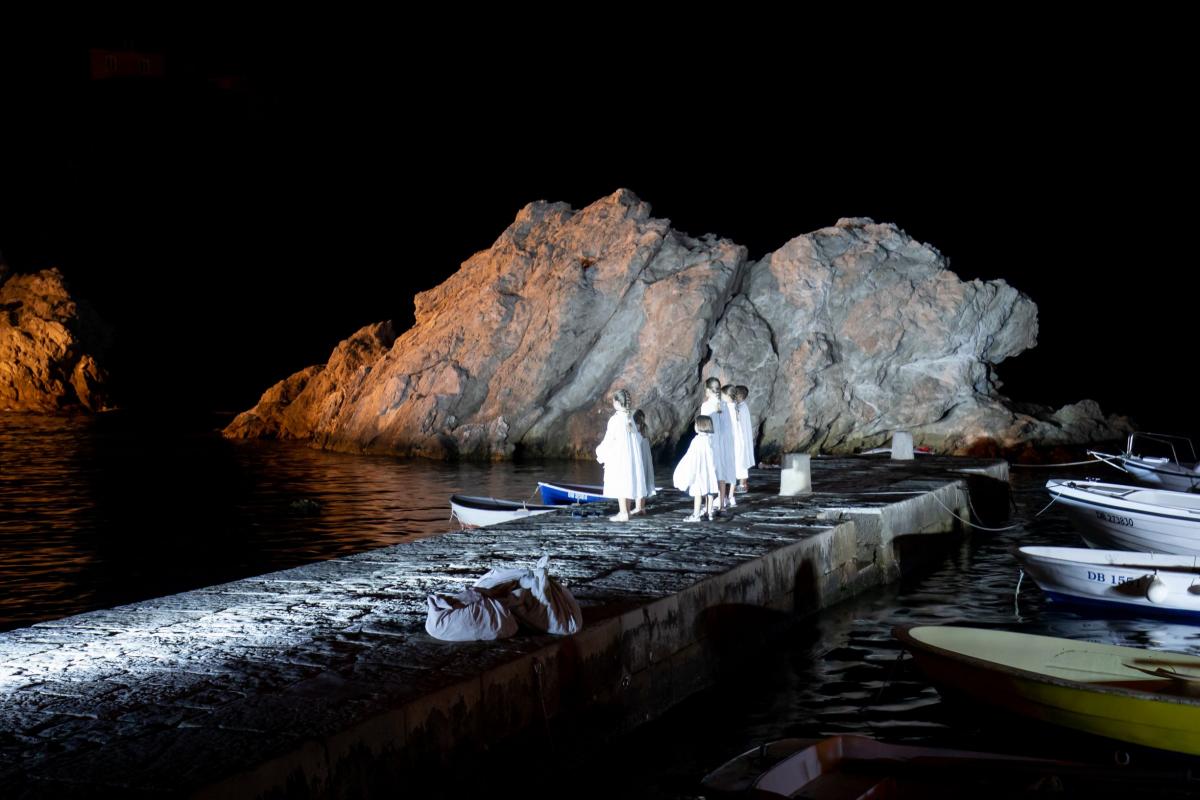 Ivica Kunčević was born in 1945. He finished primary and secondary school in Dubrovnik, and graduated in 1969 at the Zagreb Faculty of Humanities and Social Sciences in Yugoslav languages ​​and comparative literature. In the same year, he graduated from the Department of Directing at the Academy of Dramatic Arts in Zagreb. He worked at the Marin Držić Theatre in Dubrovnik from 1969 to 1977 as resident director, while from 1977 he was engaged at the Theatre Gavella as well. In 1984 Kunčević became a member of the creative team at the Croatian National Theatre Zagreb until his retirement in 2011. He held the position of Artistic Director of the Dubrovnik Summer Festival from 2002 to 2009. Having directed more than a hundred plays of various genres and styles, throughout Croatia and the region Kunčević is recognized for his distinct reading of Dubrovnik and world’s drama legacies of Držić, Vojnović, Shakespeare, and Chekhov. 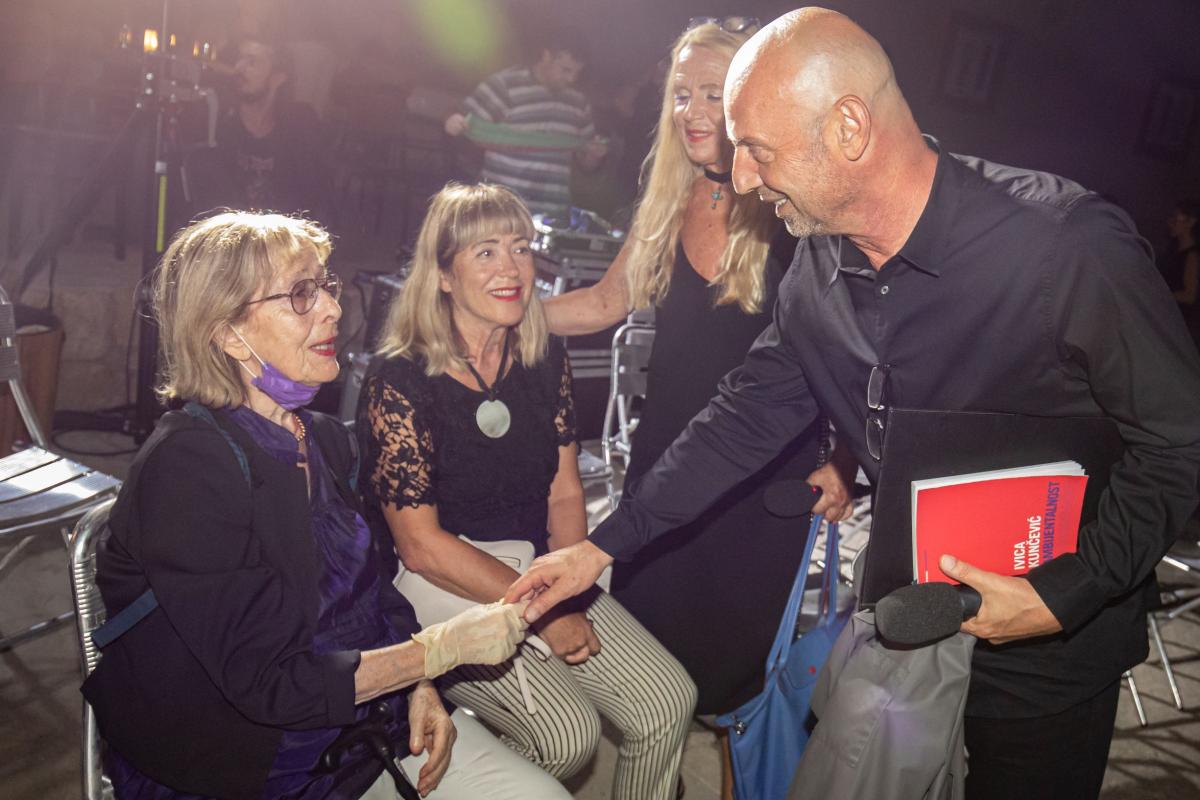