''The Horizon of Reminiscence'' exhibition is open in Sponza Palace Atrium 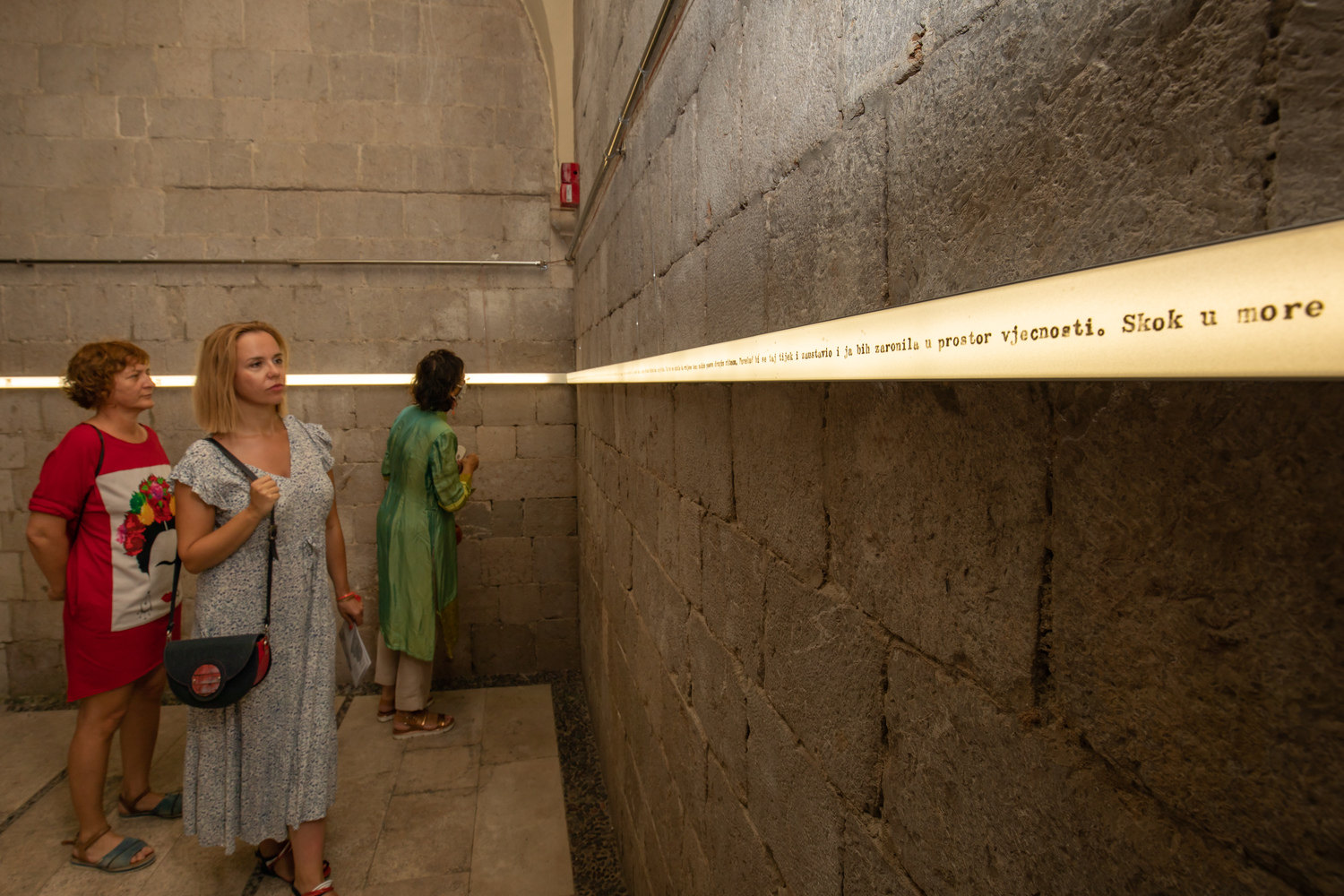 The ''The Horizon of Reminiscence'' exhibition by Dubrovnik artist Ivana Dražić Selmani was open last night 12 July at Sponza Palace Atrium. This exhibition is open for visitors every day from 9 am to 10 pm, until 9 of August.

This retrospective of Ivana Dražić Selmani’s work is unique in its own way. It is not a typical retrospective, in a sense that it includes her individual works to date, but it has produced an entirely new work, a new installation composed of her previous works. She reproduced her earlier works on transparent foils. As she responds to the Sponza Palace’s demanding interior, she places before the observer her horizon of reminiscence.

The exhibition was opened by the Dubrovnik Summer Festival Assistant Artistic Director Saša Božić, emphasizing that as for him this display is one of the best solutions for the exhibition in Sponza and that he hopes the future collaborations with Ivana Dražić Selmani will turn this horizon of reminiscence into the horizon of the future.

As we enter the Atrium from the dark or the shade of the arcades, the horizon is only seemingly an unbroken line. As we get closer, the line reveals images of reminiscence. The question of the past, the present and the future, and liberation from them, was already addressed by different authors in a number of texts on Dražić Selmani’s work. Being bounded by the horizon of space in which she moves inspired her to, like writing to a dead artist, dive into the depths of time and find memories in them, as the author of the exhibition text Josip Klaić explained. 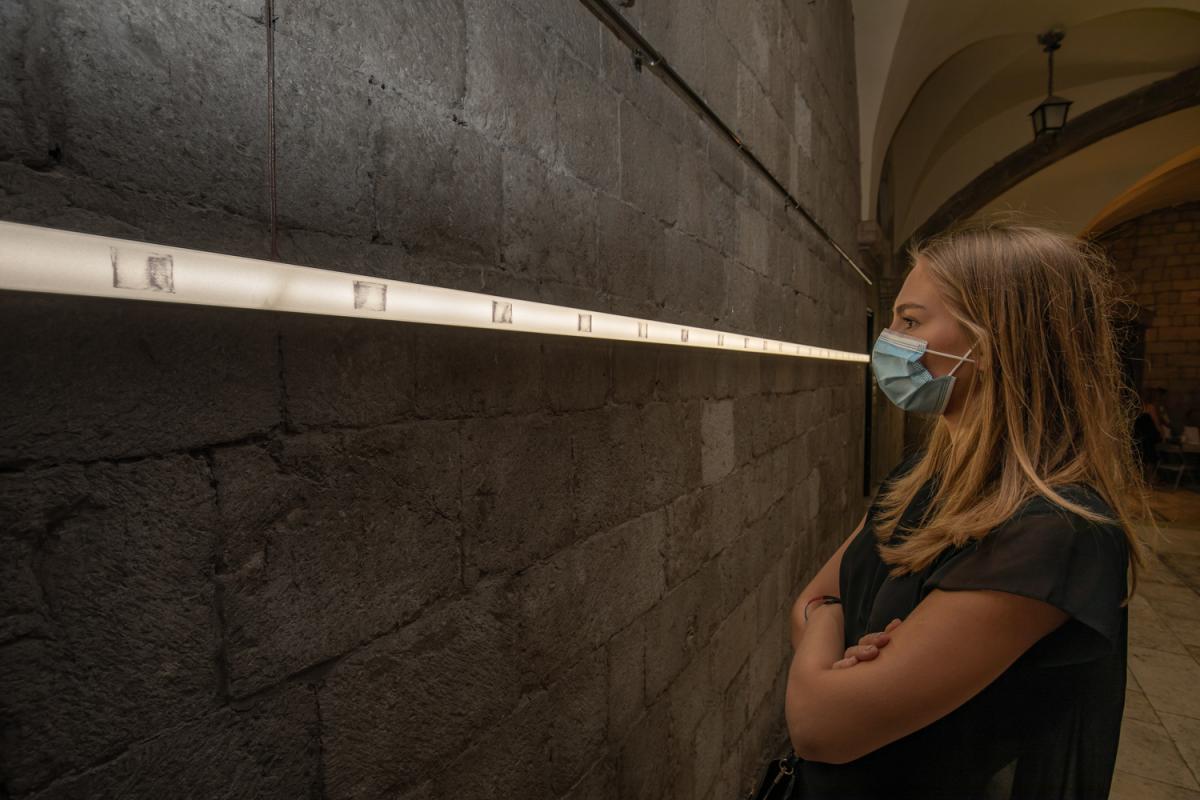 The exhibition programme of 71. Dubrovnik Summer Festival will present two more exhibitions: ‘’Dubrovnik sailing’’ by Igor Hajdarhodžić on 25 July which will be displayed in Lazareti and ''Time Out'' by Viktor Daldon which will open 11. August in Sponza. 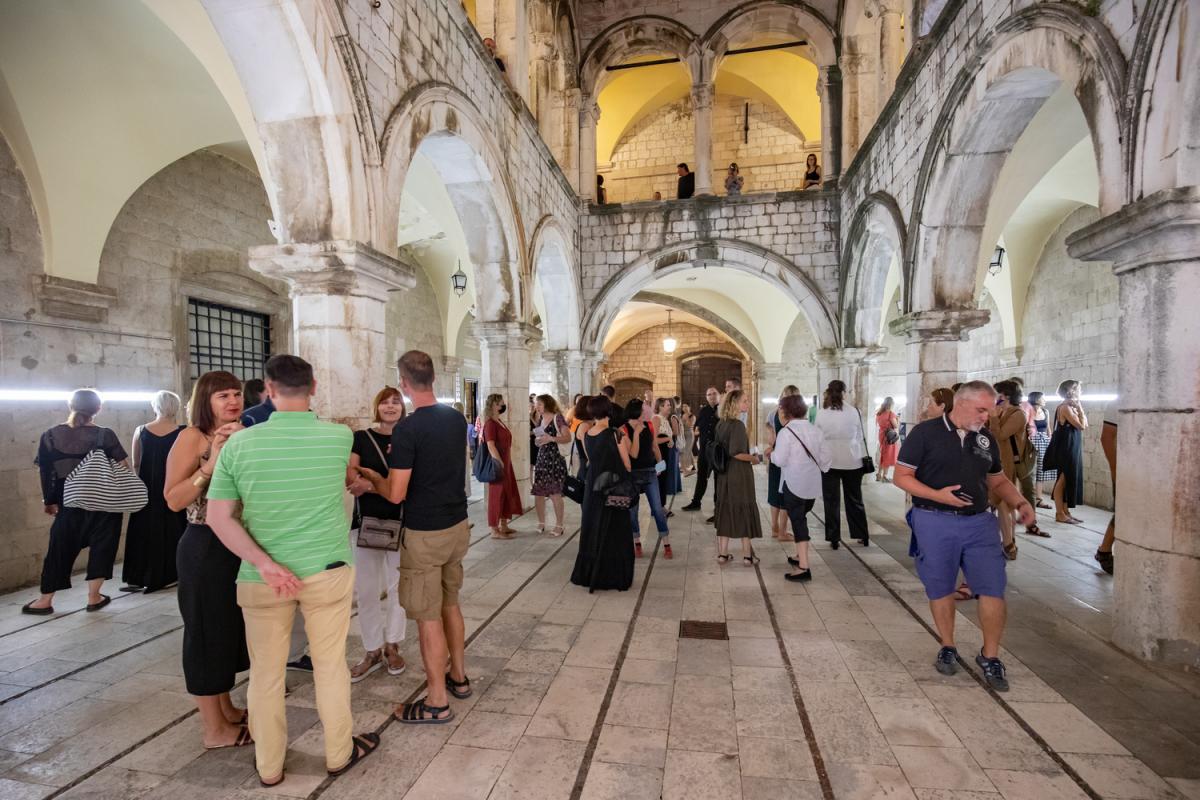