The intimate and passionate “Lulu” captivates audiences on Lovrjenac 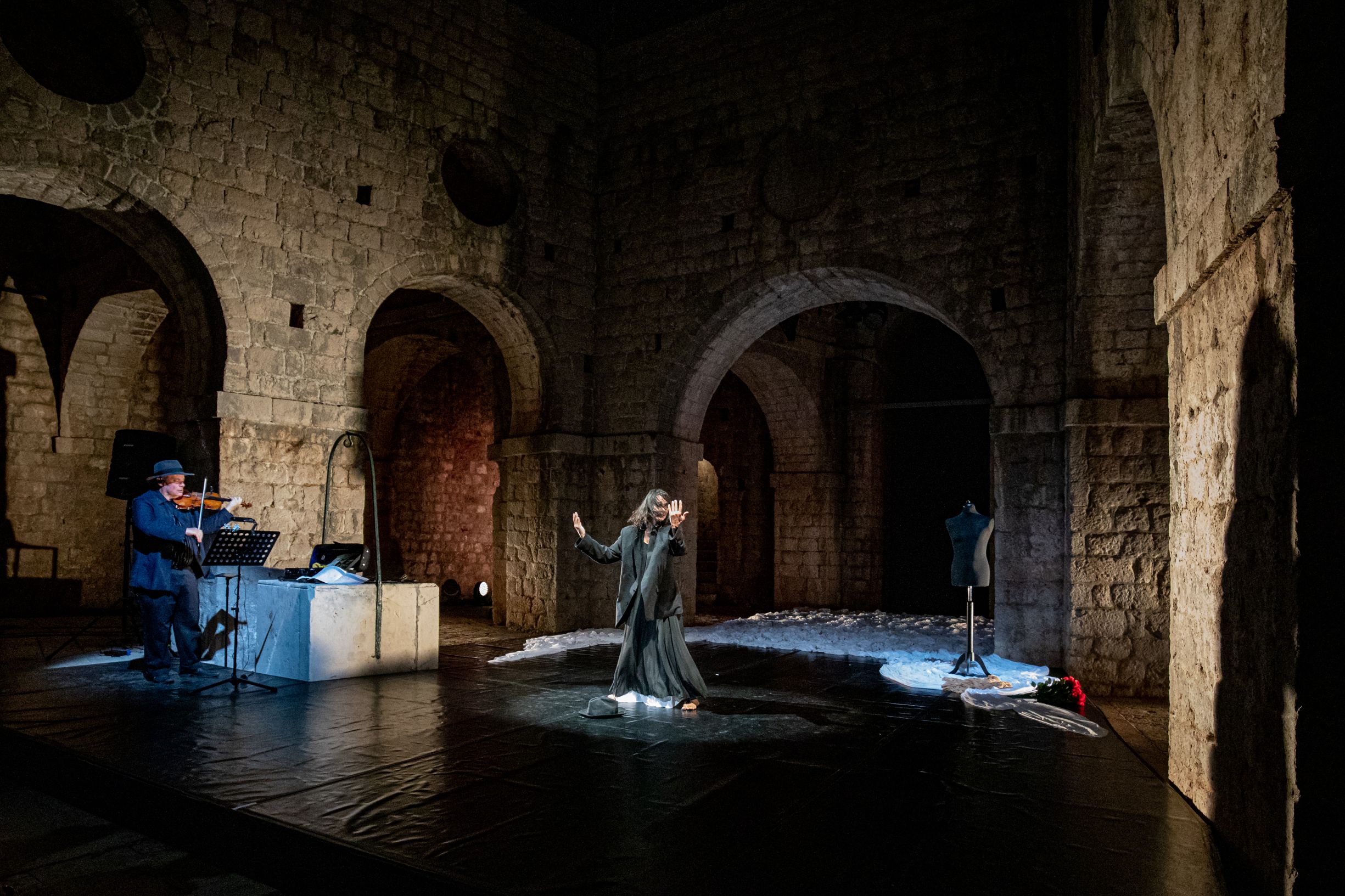 The dance-theatre-music monodrama Lulu by choreographer and director Staša Zurovac and performed by dancer Andressa Miyazato with Alexander Balanescu on violin, inspired by eponymous theatre works of Frank Wedekind, was put on as part of the 72nd Festival programme last night Saturday 31 July, captivating the audiences on Lovrjenac. Lulu will be on again tonight, Sunday 1 August at 9.30pm also on the Lovrjenac fort.

The intimate monodrama which tells the story of Lulu, one of the most well-known femme fatale in the history of literature, through a prologue and six dance-musical-poetic images-acts. Playing the part of Lulu is the outstanding Brazilian dance artist Andressa Miyazato, former lead dancer of Staatstheater Darmstadt and Musiktheater Linz. With graceful movements and exceptional emotional expressiveness, she perfectly embodies the story of a femme fatale who manipulates the natural force of female sexuality wanting to control and take revenge on the male world, and who goes through a transformation into a completely different woman ruled by the bloodstream of harmless, innocent characteristics of essentially emphasized vulnerability or a woman who is simply what she is and defies all categorizations. Music was done by Alexander Balanescu who wrote pieces specifically for the show and performed them exquisitely on the stage. For the magical evening on Lovrjenac the audiences thanked the performers and the creative and technical team with a long applause and passionate exclamations of “Bravo!”, the Balanescu-Miyazato duo taking their bows a few times, joined by director and choreographer Staša Zurovac and lighting designer Marko Mijatović.  Set and costume design is done by Bjanka Adžić Ursulov and sound design is by David Kent. 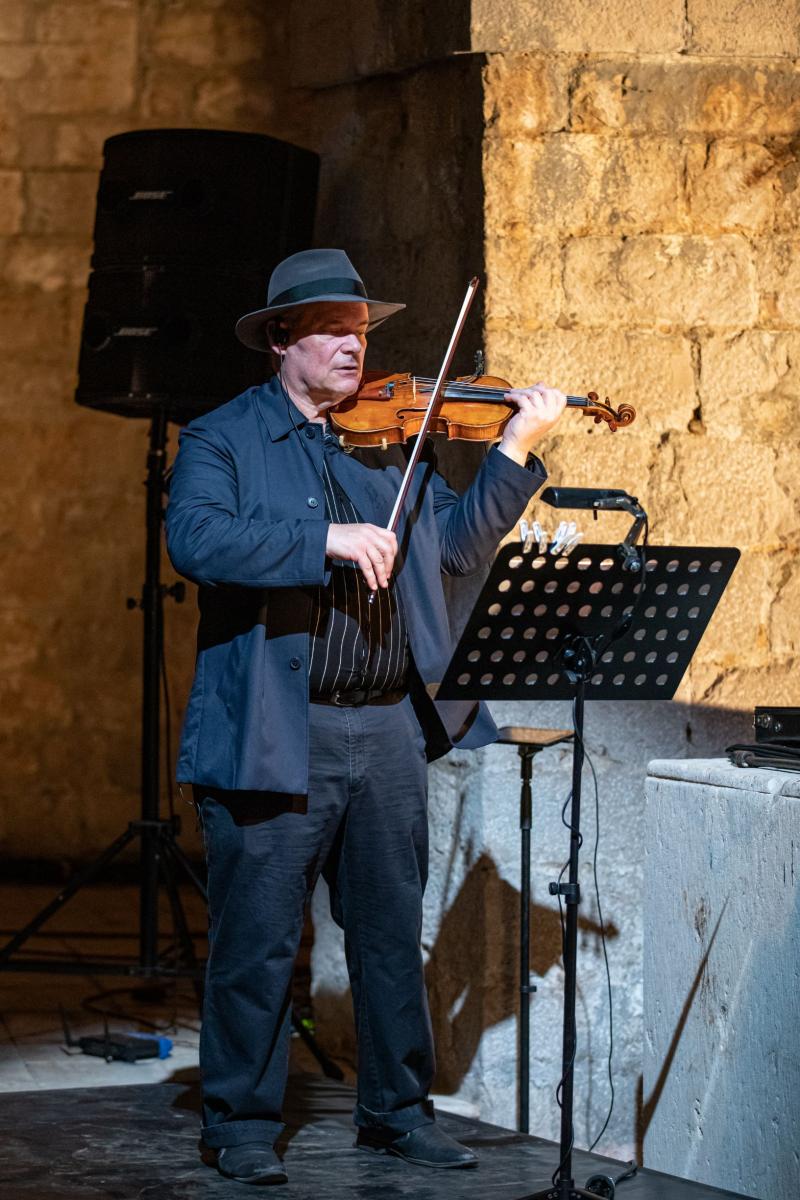 Lulu will dance on the Lovrjenac stage for one more night only at the 72nd Festival, tonight 1 August at 9.30pm – secure your place in the audience at the Dubrovnik Summer Festival website www.dubrovnik-festival.hr or via www.ulaznice.hr ticketing service, and at the box office of the Festival Palace (Od Sigurate 1) every day from 9am to 9.30pm. Tickets will also be available on location two hours before the start of the performance. Ticket prices remain significantly reduced due to the economic situation being impacted by the pandemic, up to 50% lower as was the case last year. Purchases made with Mastercard® and Maestro® cards receive a 10% discount while all purchases and orders over 500HRK offer payment in instalments. 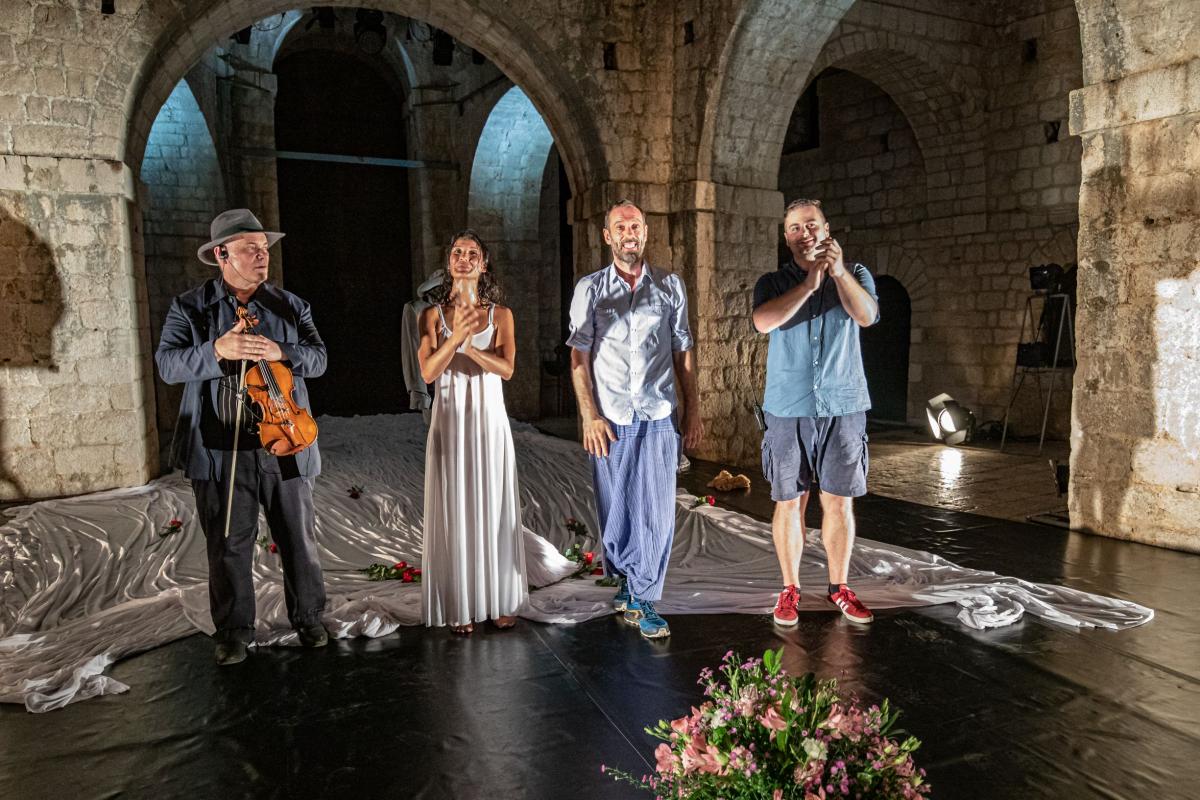