Ivo and Vinko Brešan closed the programme “Writers at the Festival” 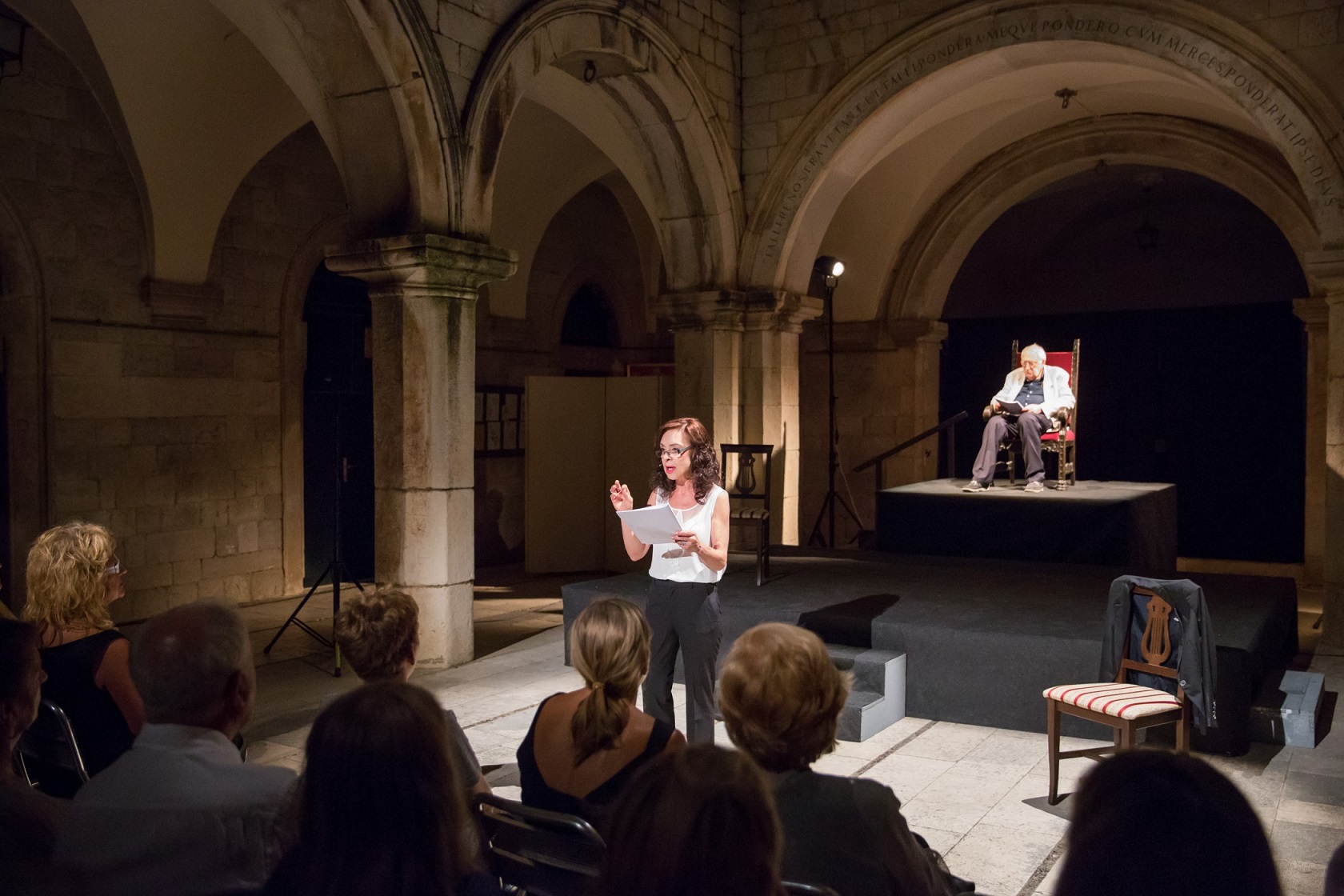 The tale “Bez odraza” (“Without Reflection”) from the collection “Mrtvima ništa ne treba” (“The Dead Need Nothing”), in the scene adaptation by director Vinko Brešan, was performed last night, 19th August, in the atrium of the Sponza palace, thereby closing the off-programme “Writers at the Festival” with the subtitle “Sand as far as the eye can see”, realized for the second year in a row by the Dubrovnik Summer Festival in cooperation with the Croatian Writers Association.

Ivo Brešan is a playwright, novel writer and screenplay writer, and the short stories in his latest collection “The Dead Need Nothing”, published by Profil this year, are rich with story, full of interesting and complex plots with elements of fantasy and grotesque, making Brešan ironic, even cynical and ruthless in showing society’s faults, yet still a skilled storyteller and master plot maker. The tale “Without Reflection”, whose scene adaptation was made by Vinko Brešan, the author’s son and an internationally acclaimed Croatian movie and theatre director whose movies are on the list of most viewed Croatian films, tells the story of a deal with the Devil and is a wonderful example of how a writer can easily convince us that even that for which we know is not possible can be possible.

In “Without Reflection”, the widow Sonja Kos was played by Doris Šarić-Kukuljica, Maro Martinović portrays the lawyer Lepušić, an explorer of the extra-empirical Vid Telemans and the lover Alerić, while the author, Ivo Brešan, showed up on scene as the Devil himself, delighting the audience.

The performance of “Without Reflection” was the final performance of the off-programme “Writers on the Festival” with the subtitle “Sand as far as the eye can see”, realized for the second year in a row by the Dubrovnik Summer Festival in cooperation with the Croatian Writers Association and with author’s concept by Mani Gotovac. During the 65th Festival, the audience had the chance to see the famous Italian writer Alessandro Baricco with the staging of his novel “Ocean Sea” at the Šulić Beach performed by the Croatian National Theatre in Varaždin. As a part of this performance, the author held his own literary evening in the Sponza palace, which was, at the same time, his first appearance in Croatia. Next on the programme was an evening with songwriter and poet Arsen Dedić, with Matija Dedić playing the piano, all of this under the name “Writer of all genres” in the Rector’s palace atrium, and after that followed an evening with Ivan Vidrić and his novella “At the Pearly Gates”, the staging of which was made by Paolo Tišljarić, only to have the programme worthily closed by the bard of Croatian literature, Ivo Brešan, last night in the Sponza Palace. 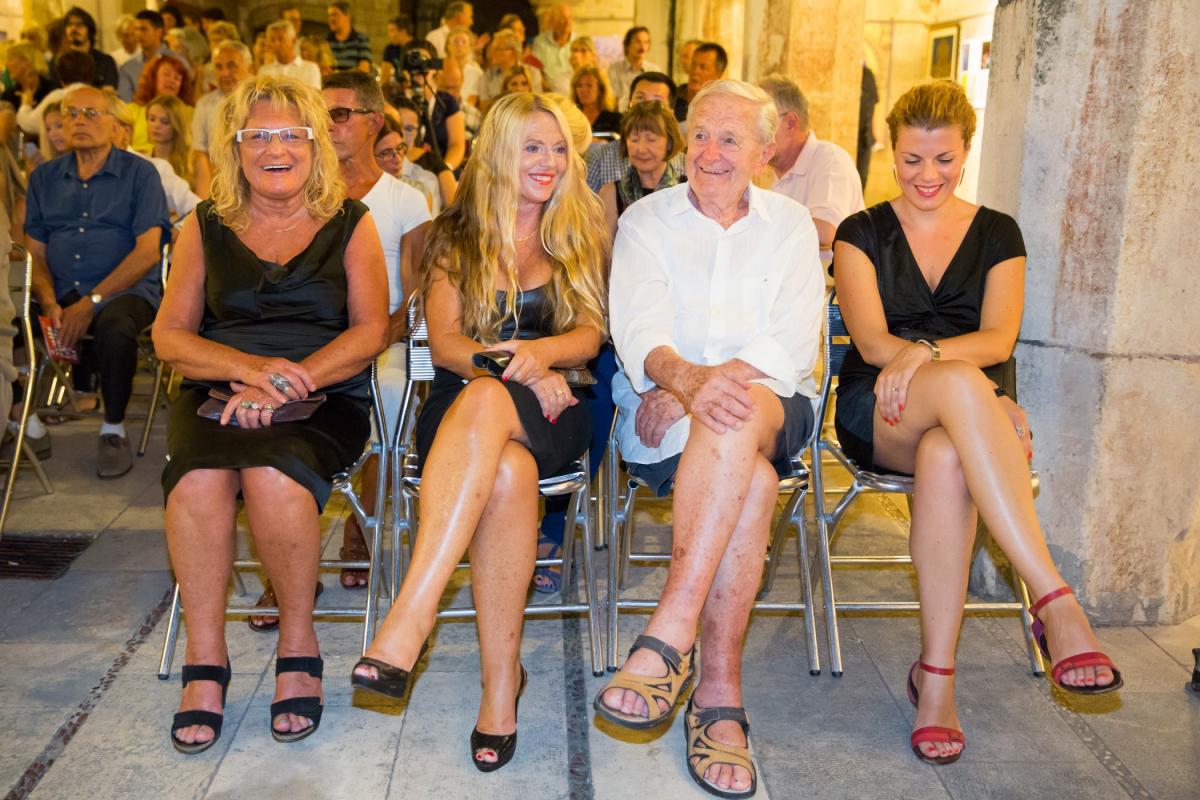 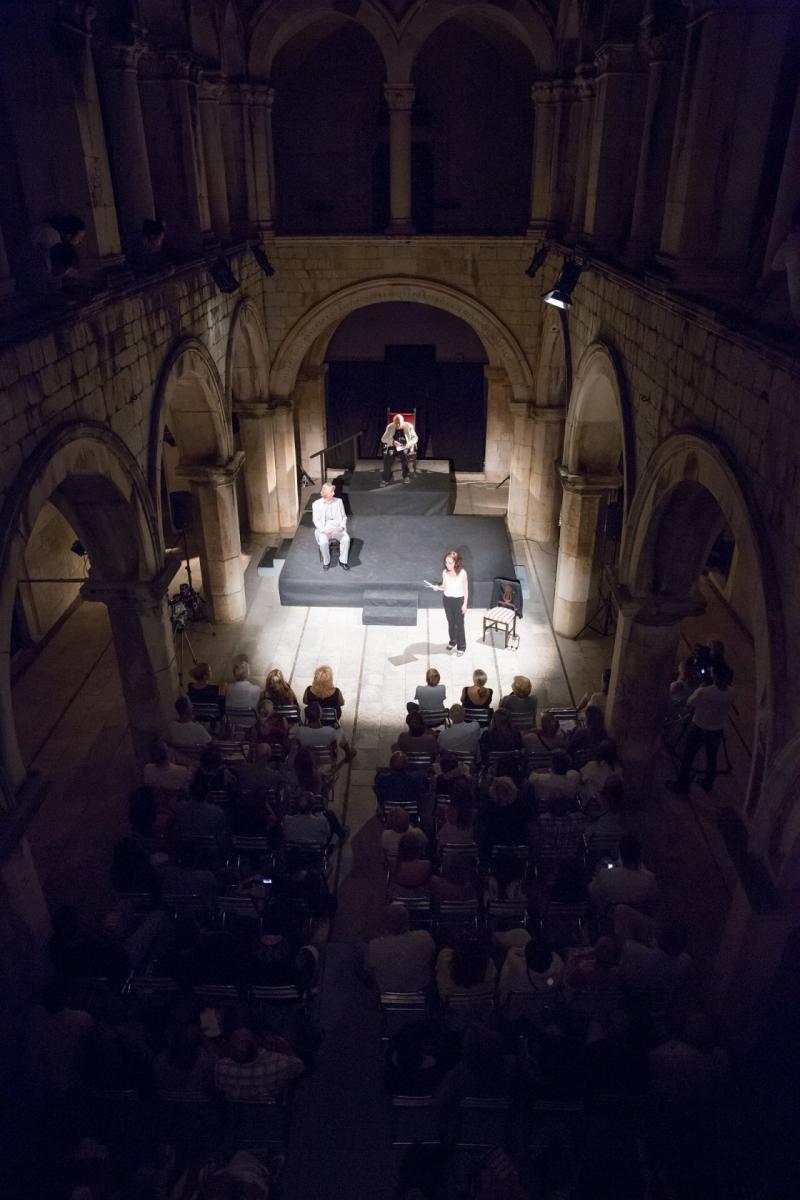