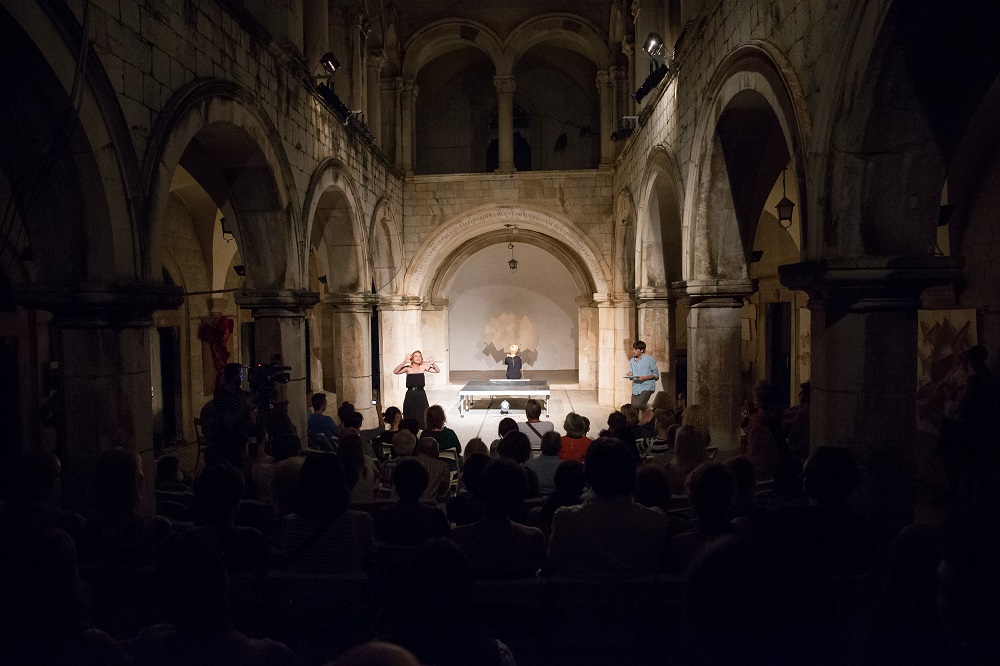 Ivo Brešan, a bard of Croatian literature, is a perusal drama and novel writer, as well as film screenwriter. He has written twelve novels and over twenty dramas, of which many have been scene adapted and performed in Croatian, Slovenian, Polish and other theatres. He has also authored seven film scripts, and has received several awards, including the Vladimir Nazor Lifetime Achievement Award in 2001, as well the Emanuel Vidović Award, for lifetime achievement, as well.

All five novels in his collection “The Dead Need Nothing”, which were published by Profil this year, distinguish themselves in the richness of events, interesting and complicated plots, permeated with elements of fantasy and grotesque, in which Brešan appears as ironic, even somewhat cynical and ruthless while discovering society’s distortion, and is angaged in defending elemental ethicality, while remaining a skilled narrator and a true master of plot. The tale “Without Reflection”, which thematises an agreement with the Devil, is a remarkable example of how a writer can easily convince us that something we experienced as impossible, doesn’t necessarily have to be so.

The tale has been screen adapted by  Vinko Brešan, an internationally awarded Croatian film and theatrical director, who has, with his last film “The Priest’s Children”, become the first person in Croatian cinematography history with three films viewed by more than one hundred thousand viewers. Two of these films ( “How the War Started on My Island” and “The Priest’s Children”) are the first and second most viewed films ever since Croatia’s establishment as an independent country. His adaptation of the play “Hamlet in the Village Mrduša Donja” was recently premiere performed in the Satirical Theatre “Kerempuh” with great success.

“Without Reflection” lines up Doris Šarić-Kukuljica aswidow Sanja Kos, Maro Martinović as attorney Lepušić, the higher empirical explorer – Vido Telemens and lover Alerić, while the Devil while be played by the author himself, Ivo Brešan.