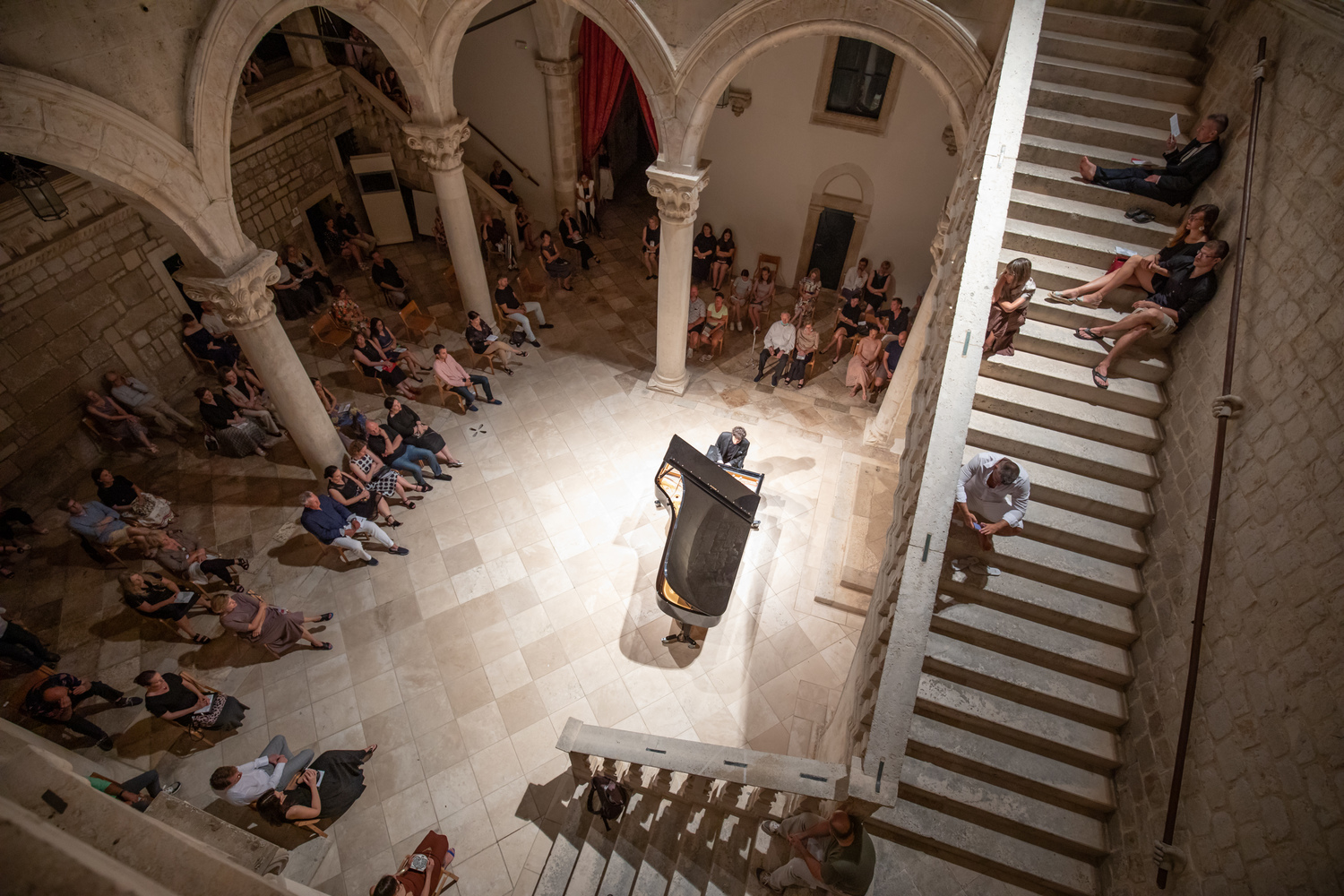 The 71st Dubrovnik Summer Festival’s music programme was opened last night, on 11 July in the Rector's Pallace Atrium, by Aljoša Jurinić piano recital named A Monument to Beethoven. The dazzled audience, although limited by number due to epidemiological measures, enjoyed the beautiful performance and rewarded the young musician with long applause.

One of the most prominent young Croatian musicians, Aljoša Jurinić, chose two works by Beethoven on the occasion of the composer's 250th birthday: Andante favori which was meant to be the second movement of the Waldstein Sonata, and Sonata for piano. no. 21 in C major also known as ‘a heroic symphony for piano’. The second part of the recital brought two compositions written with purpose to raise a monument in to Beethoven in his hometown of Bonn: Variations sérieuses in D minor, Op. 54 by Felix Mendelssohn Bartholdy and Fantasie in C major, Op. 17 by Robert Schumann. Last night it seemed as if each composition was performed in one breath, and so the audience breathed together with Jurinić. The performance was characterized by wonderful pianos, with perfect clarity and enviable energy. The long applause made Jurinić preform two of Chopin's etudes as a musical addition to the evening, and if we sum up this great concert with the last year's Jurinić festival performance with cellist Luka Šulić, who brought him the Orlando Award for the best achievement in the musical part of the 70th Festival program, we can easily say that Festival audience has a new favorite musician.