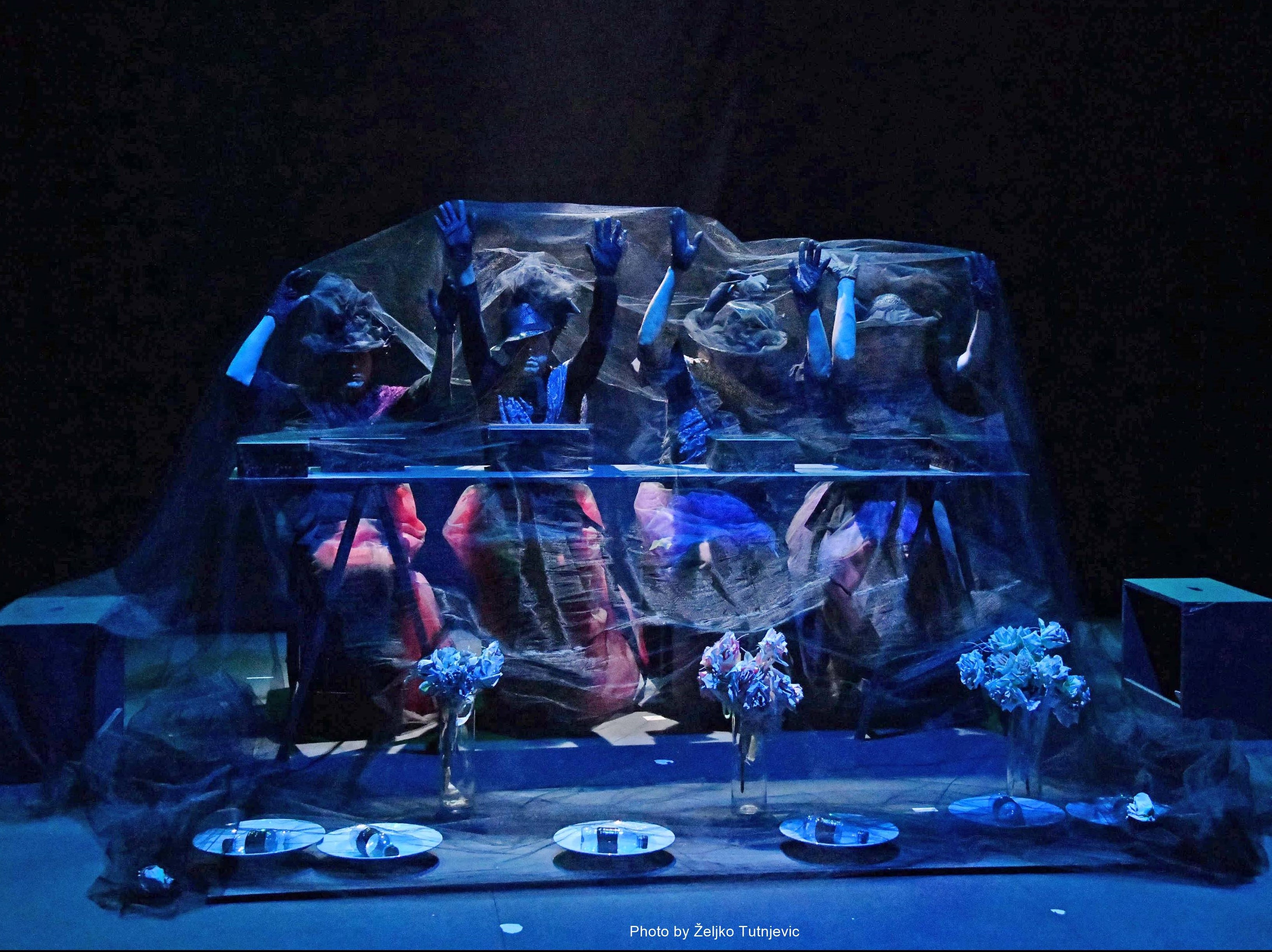 A recognizable reflection of the art scene of Dubrovnik, the Lero Student Theatre will be putting on their play Ladies’ Park directed by Davor Mojaš for the festival audience tonight and tomorrow, 15 and 16 August at 9.30 p.m. at the Lazareti.

The play Ladies’ Park is an imaginary album of pictures and scenes of its lost and lonely owners, unknown women and their sorrows, forebodings, sufferings and silence. It is a separated scrapbook of faded pages that reminds, admonishes and evokes long-forgotten loves, dreams, silenced passions, longings and infatuations that have hid in the shadows of the City.

Dubrovnik-born Davor Mojaš is as a theatre director almost entirely tied to the Lero Student Theater where he directed some sixty plays, twenty original projects, and dozens of stage programs since 1975, putting up works of great artists such as Chekov, Brecht, Beckett, Ionesco and many others, as well as his own original works since 1990. Mojaš had his plays performed regularly at the Dubrovnik Summer Festival and at other esteemed national and international culture festivals. He is also a prolific author, having published a collection of poems, several plays, memoirs, books of prose, a graphic-literary map, and edited a monograph of the Lero Student Theater, published numerous literary, essay and non-fiction texts as well as feuilletons in Croatian magazines as well as prose and drama for the Croatian Radio. For 33 years, he was a journalist and editor for the Croatian Radio in Dubrovnik. In 2017, he received the award of the City of Dubrovnik.

Tickets are available online at the Festival’s official website https://www.dubrovnik-festival.hr/ and through the ticket service www.ulaznice.hr, as well as the Festival Palace Box Office  (Od Sigurate 1), which is open every day from 9 a.m. to 9.30 p.m. Tickets can also be purchased at the venue, two hours prior to the performance. Purchases made with Mastercard® and Maestro® cards provide special benefits and discounts.