Lion House returns to the playground under Minčeta Fort

Last year's premiere and award-winning play Lion House, directed by Aida Bukvić based on the eponymous Ivan Salečić novel is again part of the festival programme this summer, returning to the playground under Minčeta Fort from this Tuesday to Friday, 26 to 29 July. The first performance, on 26 July, will be starting at 10 p.m. while the others will start at 9.30 p.m. 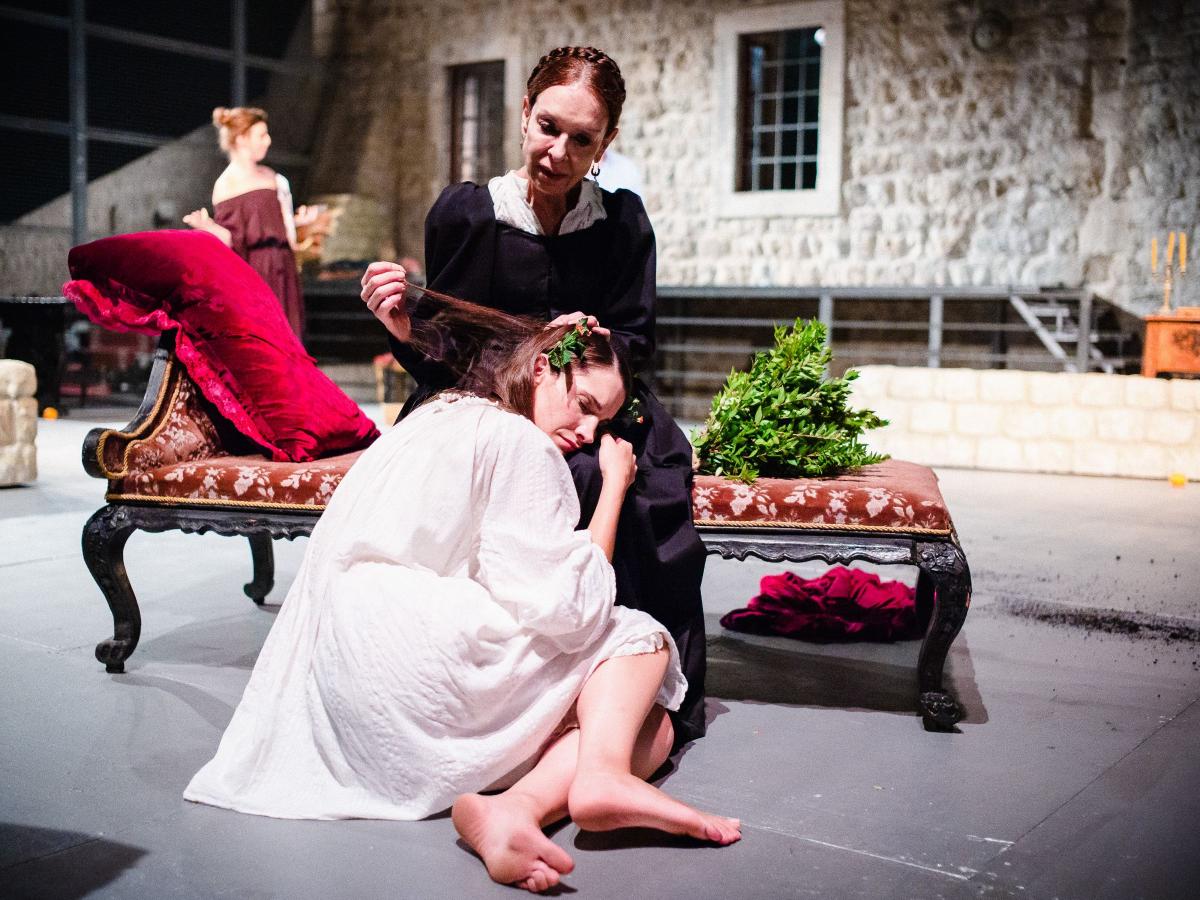 Lion House portrays Dubrovnik as a place where burdened history and burlesque transition clash. Intertwining two stories, about modern Dubrovnik, as well as the one from the past with an emphasis on the Gundulić family history, Ivan Salečić created a singular novel in fiction and faction coexist and our ideas about the glorious past are broken against the harsh reality of everyday life. The present-day bitter-humorous complications surrounding the purchase and restoration of an apartment in the historic city core are complemented with an interesting and engaging history of Dubrovnik, above which looms the grim fate of the Great Earthquake. Festival Drama Ensemble performing Lion House consists of leading acting names, including: Amar Bukvić as Ivan, Iva Kraljević as Vanja, Jadranka Đokić as Laima and Nika Gundulić, Dražen Šivak as Šeh, Branimir Vidić – Flika as Nikša, Maro Martinović in the role of Ivan Gundulić, Doris Šarić-Kukuljica as the Professor and Luce, Romano Nikolić and Marin Klišmanić as Ivan Gundulić’s sons Šiško and Mato, with Veronika Mach as their sister Džive and Gloria Dubelj as Kata. The play received the Orlando Award for the best artistic achievement in the drama programme of the 72nd Dubrovnik Summer Festival. There were also three nominations for the Croatian Actor Awards, which went to Maro Martinović for his role as Dživo Gundulić in the best supporting actor category, to Gloria Dubelj as Kate for exceptional young drama artist under 28 in the drama category, and to dramaturge Marijana Fumić for the best best premiering contemporary Croatian drama text or best dramatization, adaptation, dramaturgical transformation of text or a play’s dramaturgy. 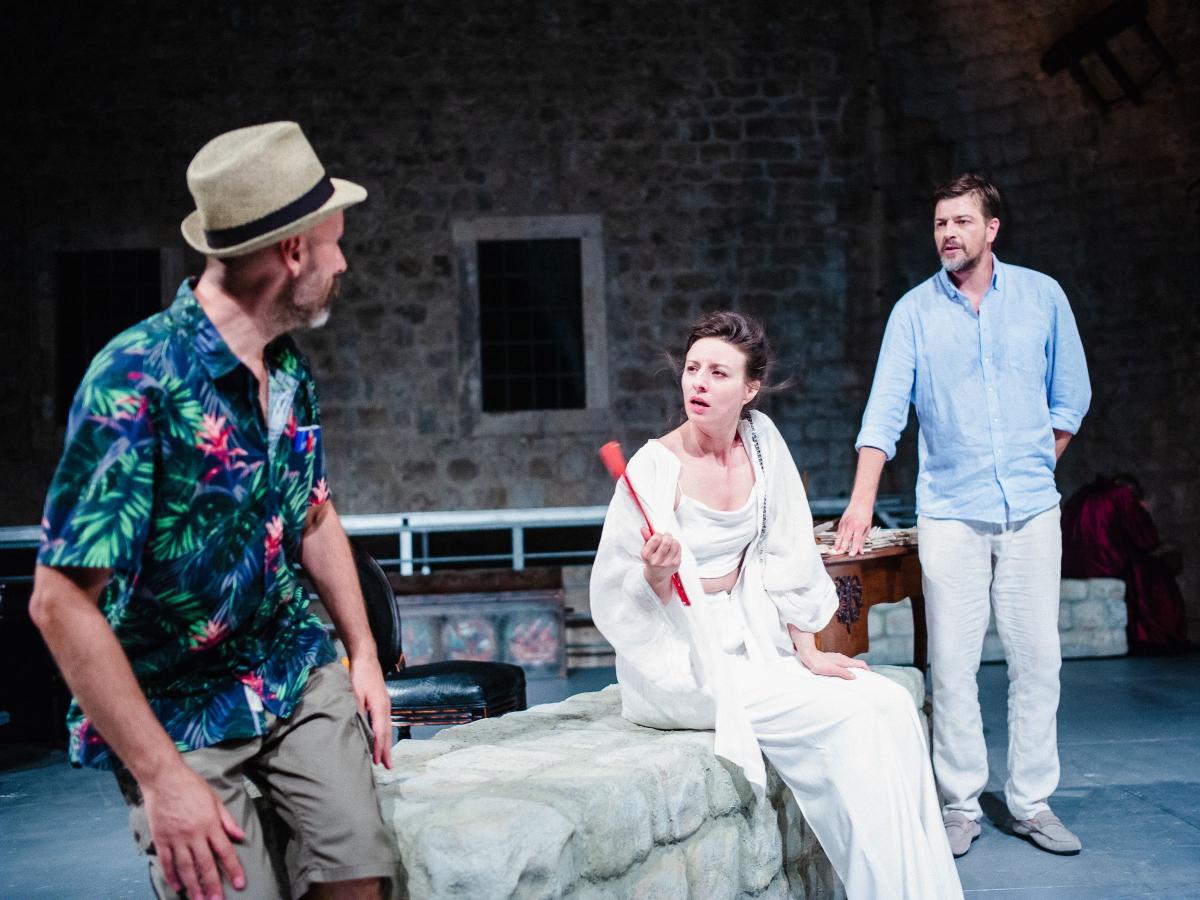 Aida Bukvić was born in Zagreb where she attended Archdiocesan Classical Gymnasium and went on to study Theatre Direction at the Academy of Dramatic Art. For her graduate play, Pero Budak’s “Klupko”, she received a Days of Satire award in 1999, with the play also being nominated for the Croatian Association of Drama Artists Award in the same year. Since then, Bukvić has directed more than thirty plays in Croatia and Bosnia and Herzegovina. Her plays have received critical acclaim and numerous awards, having performances at both domestic and foreign festivals. Bukvić is a full professor at the Academy of Dramatic Art in Zagreb, Acting Department. Lion House was her directing debut at the Dubrovnik Summer Festival which she did with the creative team: dramaturge Marijana Fumić, set designer Ivo Knezović and his assistants, Pietro Boban who did the original paintworks and Timo Škrlec who did the sculptures. Blaženka Kovač-Carić is in charge of the stage movement, Mirjana Zagorec is the costume designer. Lighting design is done by Martin Šatović while Maro Market created the music. The play, which premiered on 20 August 2021, is subtitled in English.

Tickets are available online at the Festival’s official website https://www.dubrovnik-festival.hr/ and through the ticket service www.ulaznice.hr, as well as the Festival Palace Box Office (Od Sigurate 1), which is open every day from 9 a.m. to 9.30 p.m. Tickets can also be purchased at the venue, two hours prior to the performance. Purchases made with Mastercard® and Maestro® cards provide special benefits and discounts.