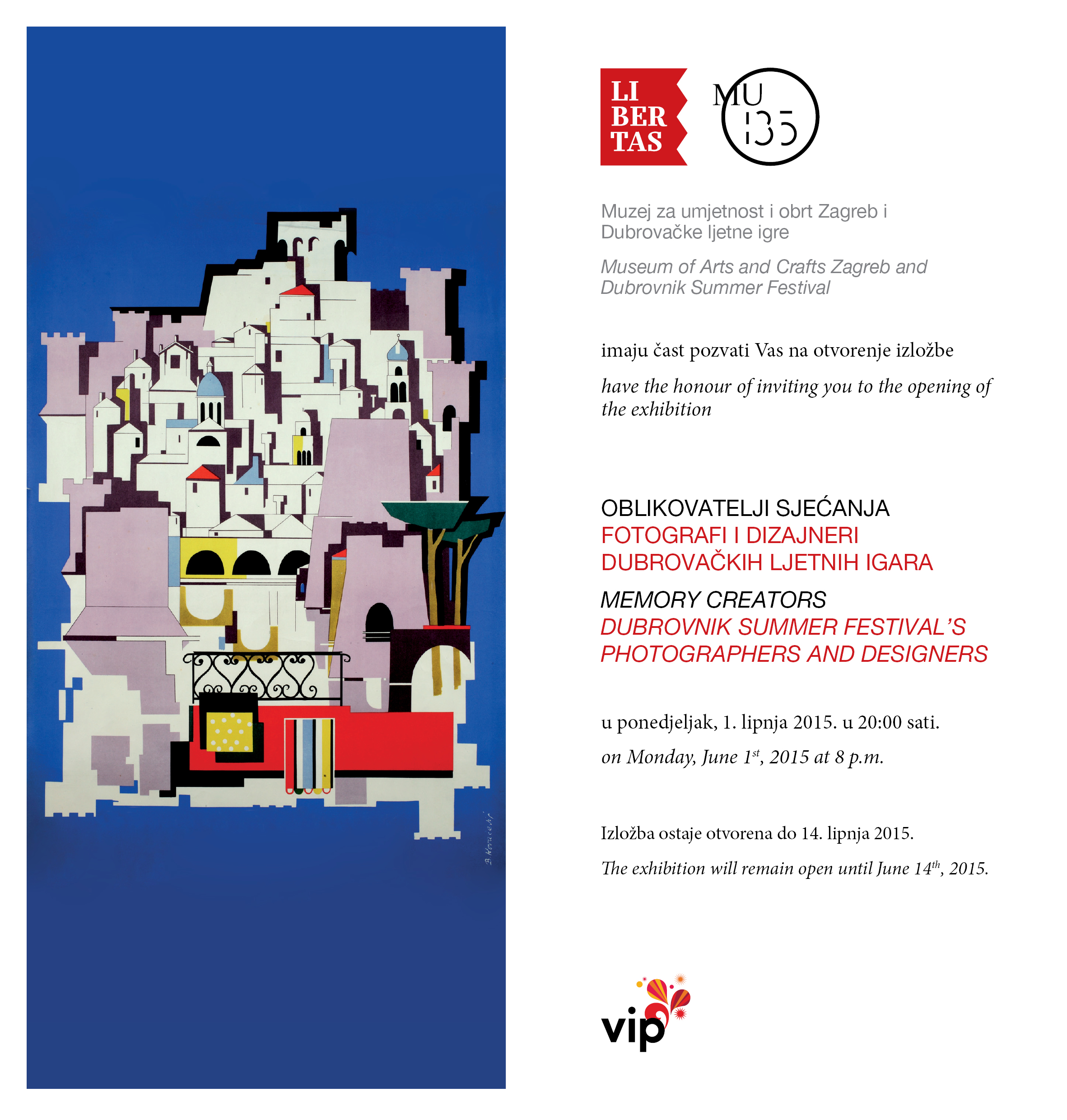 In the course of more than sixty Festival years, a large number of photographers - some of whom include Croatia's finest artists in the field of photography such as Tošo Dabac, Đuro Griesbach, Vilko Zuber, Marija Braut, Nenad Gattin, Krešimir Tadić, Slobodan Tadić, Enes Midžić, Pavo Urban, Ana Opalić and Damil Kalođera - have systematically recorded events which took place at- and around the Dubrovnik Summer Festival. At the same time, the renowned artists including Edo Murtić, Fedor Vaić, Branko Kovačević, Ivo Grbić, Edo Kovačević Tomo Gusić, Luka Gusić, Boris Ljubičić and Orsat Franković, have created posters, cover pages and - some of them - the entire visual identity of particular Festival seasons. Although their works have been extensively included in the Festival’s numerous publications, their authorship has not been mentioned.

With this exhibition, the Dubrovnik Summer Festival wished to acknowledge the contributions of its collaborators, photographers and designers. On this occasion, a catalogue including biographies of the authors was published, highlighting their collaboration with the Festival. The exhibition concept was authored by Marija Tonković. The preparations lasted almost a year, and the materials had to be collected from various sources because the largest part of the Festival's archival documents was destroyed in the fire of the war year 1991. The exhibition was an ideal opportunity to complete and reconstruct the Dubrovnik Summer Festival archives with the materials collected from various museums, archives and private collections that were digitally processed for the occasion.

A collaboration of the Dubrovnik Summer Festival and the Zagreb Museum of Arts and Crafts, the exhibition was supported by Epson, and many other institutions and individuals.

The exhibits include 34 posters and 107 photographs, as well as a multimedia presentation. The exhibition will be opened till 14 June 2015 at the Zagreb Museum of Arts and Crafts, Trg maršala Tita 10.