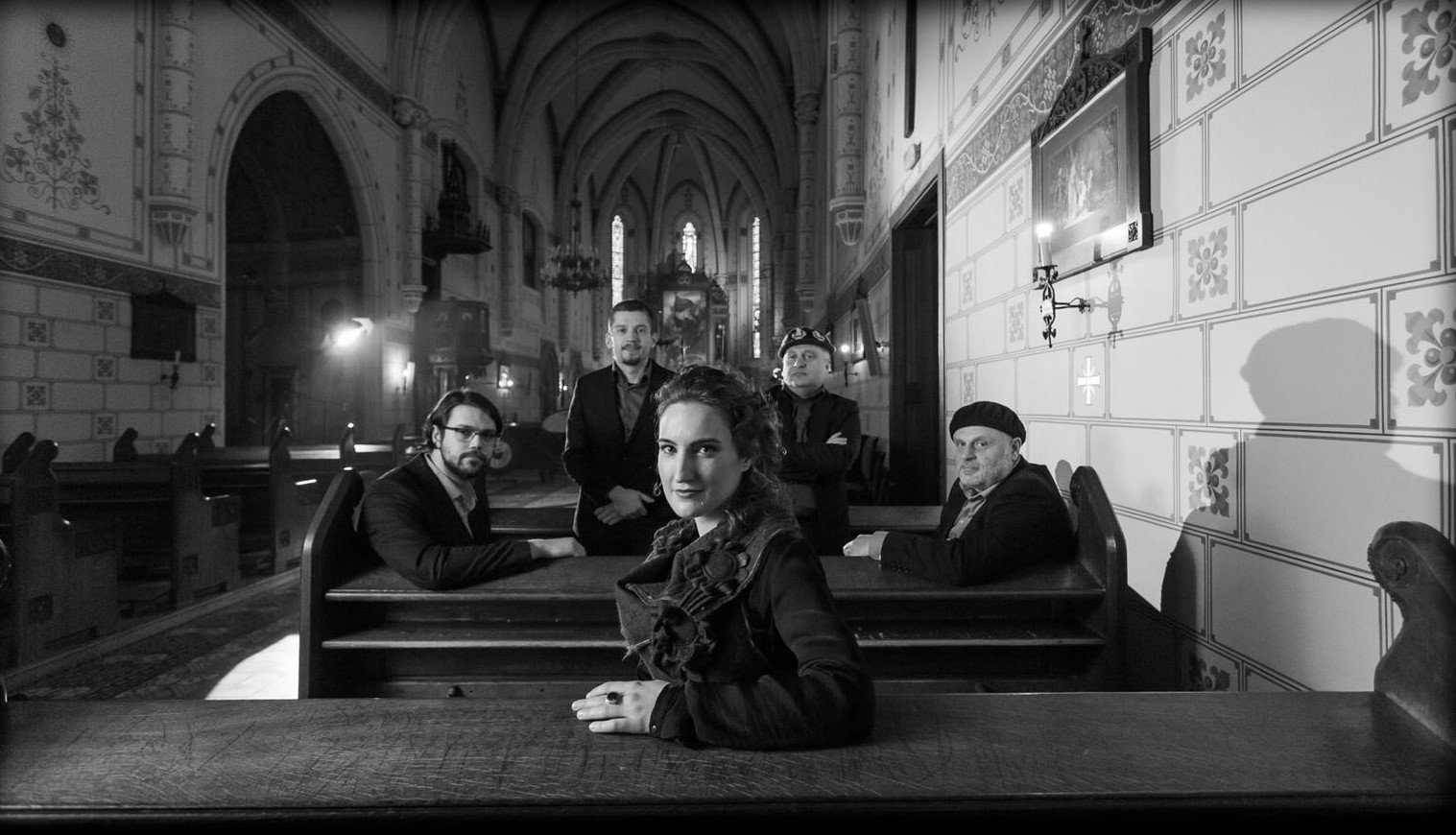 The Harlequin Art Collective chamber ensemble was founded in Zagreb in early 2018 at the initiative of Dani Bošnjak and, though seemingly at first the atypical combination of instruments and voice is actually highly harmonious and compatible, rich in musical possibilities. Harlequin musicians are active in many fields. Šimun Matišić, who was proclaimed the future of jazz in Croatia by the jazz legend Boško Petrović when he was just twelve years old, is completing his studies in percussion and composition at the Zagreb Academy of Music. Stjepan Vuger’s graduation concert, where he was supposed to conduct the performance of Stravinsky’s Petrushka and Šimun Matišić’s Piano concerto, was cancelled last spring due to the pandemic but he is already very active as an educator and conductor. He graduated in accordion under Borut Zagoranski at the Department of Music, University of Pula. Marta Schwaiger graduated in singing at the Vienna Conservatory under Robert Fontane and, besides her other engagements, often performs at the Croatian National Theatre Zagreb. Dani and Alan Bošnjak have, in addition to their permanent engagements with the Zagreb Philharmonic Orchestra and the Croatian National Theatre of Zagreb Opera Orchestra respectively, performed in numerous other ensembles and chamber combinations.

The nine song cycle Poèmes pour Mi, or Poems for Mi, was arranged by Šimun Matišić and translated by Marta Schwaiger. Interestingly, the Norwegian pianist Håkon Austbø, one of the greatest authorities on Olivier Messiaen’s music and one of the very few people allowed to get close to the introverted French genius, came to Croatia on several occasions to help the members of the Harlequin Art Collective to learn the secrets of Messiaen’s music and the way it should be sung and played, after which he gave his blessing to everything they achieved. The Poèmes pour Mi cycle is the first Messiaen’s large-scale song cycle which he wrote in 1936 and which he dedicated to his first wife, violinist Claire Delbos, whom he called Mi. It is comprised of nine poems about the spiritual aspects of marriage, divided in two parts. Messiaen set his own poems to music, occasionally borrowing from the New Testament and surrealist poetry.

Tickets for this unique concert are available for purchase at the Dubrovnik Summer Festival website www.dubrovnik-festival.hr or via www.ulaznice.hr ticketing service, and at the box office of the Festival Palace (Od Sigurate 1) every day from 9am to 9.30pm. Tickets will also be available on location two hours before the start of the performance. Ticket prices remain significantly reduced due to the economic situation being impacted by the pandemic, up to 50% lower as was the case last year. Purchases made with Mastercard® and Maestro® cards receive a 10% discount while all purchases and orders over 500HRK offer payment in instalments.