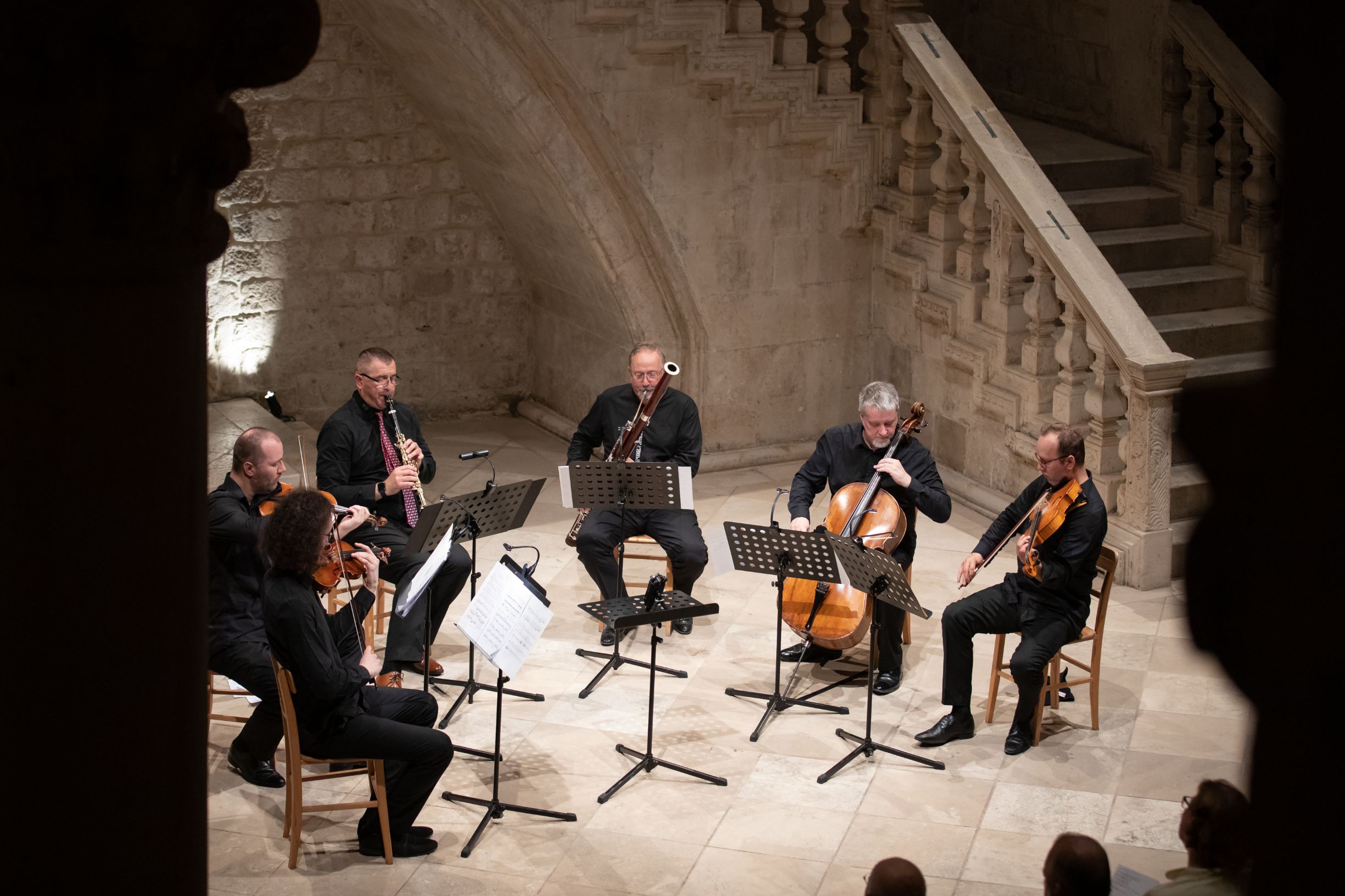 The Zagreb Quartet along with soloists, the award-winning bassoonist Žarko Perišić and acclaimed clarinettist Milan Milošević held a brilliant musical evening last night, 25 July in the Rector’s Palace Atrium, taking the audience on a journey through time and tempers. 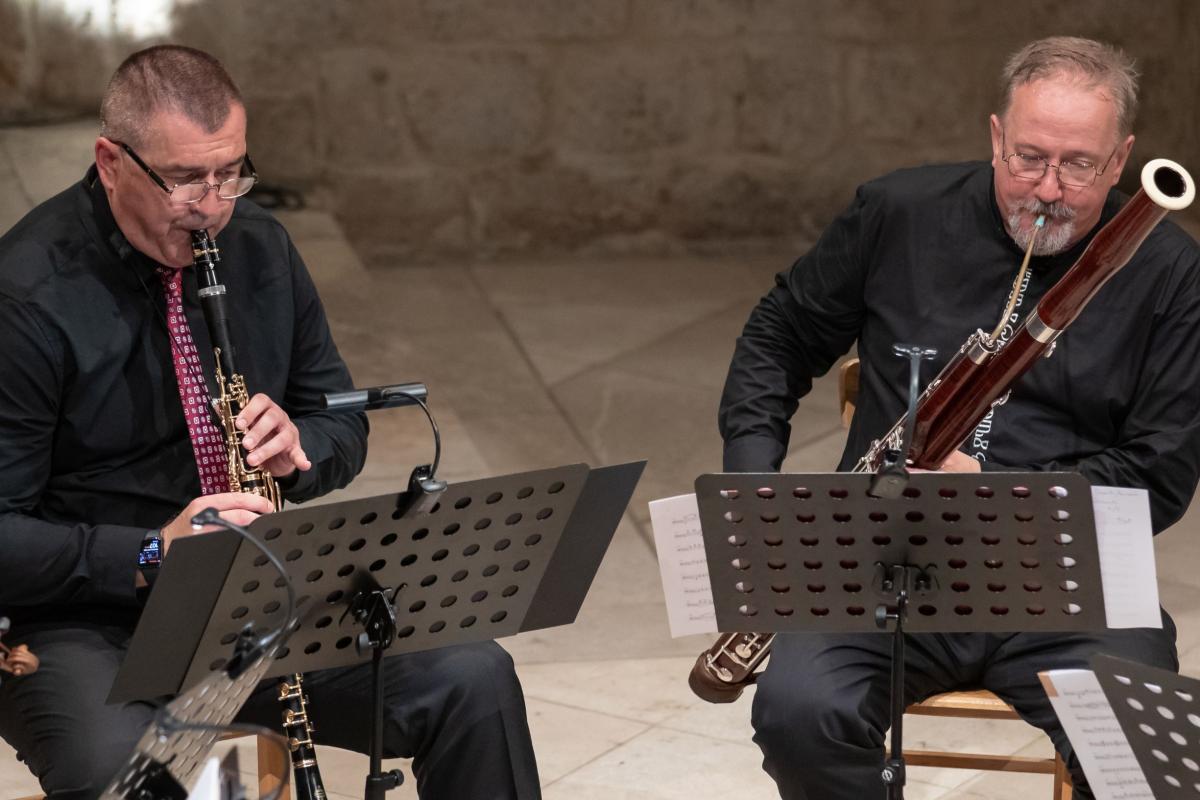 The carefully selected evening programme entitled Stories of Love, Hope and Despair, the name of which already points to a full spectrum of emotions and moods, brings selected works ranging from the 16th to the 21st century and it’s melancholy start was with one of Dowland's most performed works Lachrimae Tristes or Seven Tears from the cycle of seven slow pavans Lachrimae. Each of the compositions in the programme were applauded but especially Brahms’ four movement  Clarinet Quintet in B minor during which the clarinet expert professor Milan Milošević demonstrated his refined virtuosity on the instrument. After that, a new piece for bassoon, bass clarinet and string quartet to the Tales Unsaid by composer Farshid Samandari was performed by all musicians while Žarko Perišić showcased all the confidence and skill playing the demanding passages of Wolfgang Amadeus Mozart’s Bassoon Quartet in F major which requires over and over expressiveness and vigour. Starting off melancholically, the musical journey through the timeless themes of despair, love and hope with which everyone can relate was rounded off with the Zagreb Quartet, the first permanent and professional ensemble of its kind on the Croatian music scene founded back in 1919 and whose many achievements include the Charter of the Republic of Croatia for Special Merits in Culture. The brilliant musicians forming the quartet since the 2017/18 season are Davor and Hrvoje Philips, Martin Jordan and Martin Krpan, all of whom Milan Milošević praised as Croatia’s ‘national treasure’ and who are able to meet the biggest challenges in music literature and work well with various musicians in the words of Žarko Perišić. The concert ended with the bright notes of Antonin Dvořák’s Serenade for strings, a piece with which the composer became well known to a wider 19th century audiences and which the festival audience was positively moved by, expressing their gratitude with a long applause and multiple calls to bow.

The music programme of the 73rd Dubrovnik Summer Festival continues on Friday, 29 July at 9.30 p.m. at the Rector’s Palace when the festival audience will be able to enjoy a unique experience in the classical music world, Fazil Say’s piano recital which are more direct, more open, more exciting.