New Trinity Baroque on Saturday, 5 May in Bunić-Kaboga Summer Villa 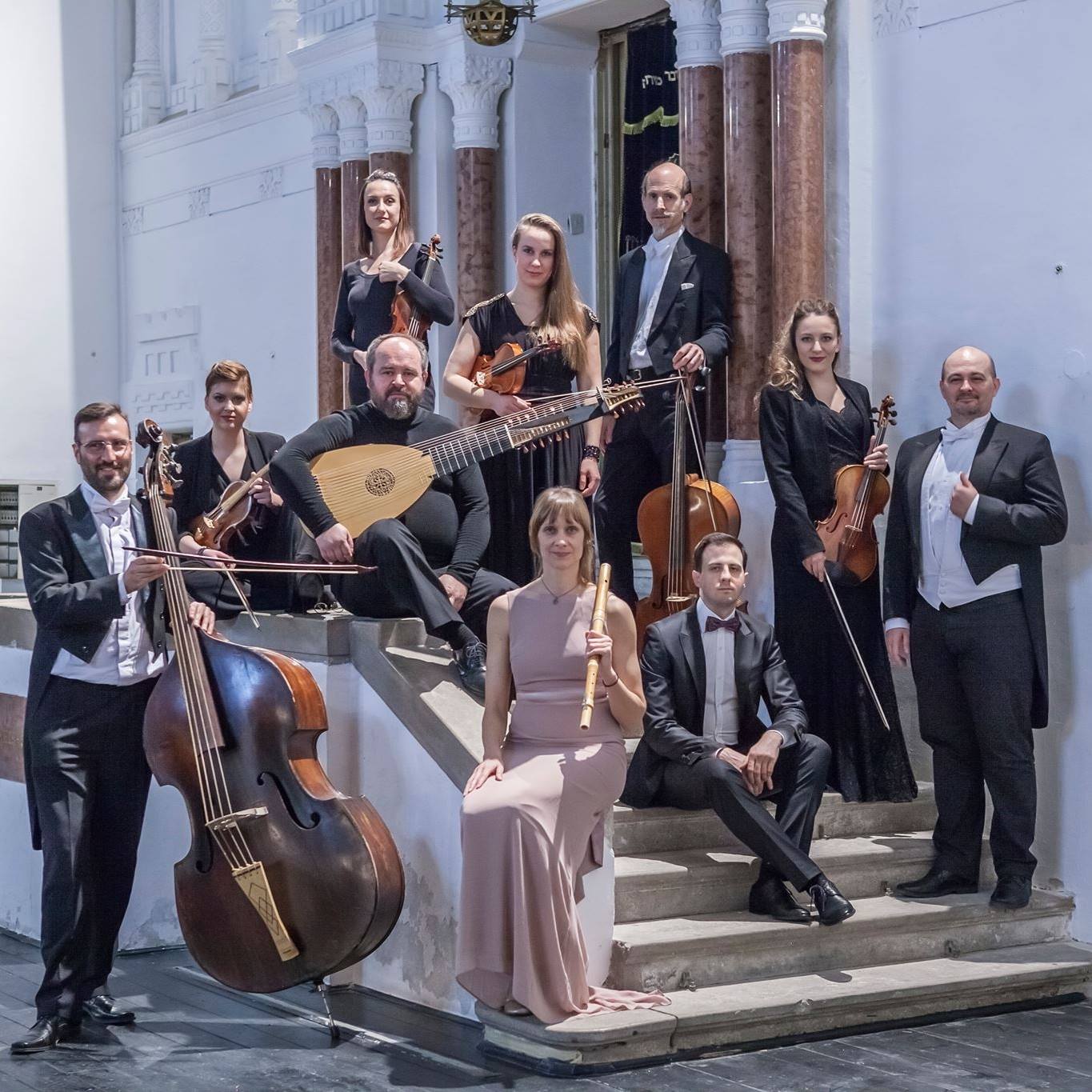 One of the leading early music ensembles in the USA, the Atlanta-based NEW TRINITY BAROQUE was founded in London by Predrag Gosta in 1998, and in recent years they have often appeared in Croatia and the neighbouring countries. The ensemble consists of international artists and performs on period instruments. They have collaborated with renowned musicians such as Evelyn Tubb, Florian Deuter, John Holloway, Marion Vebruggen, Marijana Mijanović and others. Their concerts are well-attended and they have toured Great Britain, Sweden and appeared at festivals such as the Piccolo Spoleto Festival in Charleston (South Carolina, USA), the Boston Early Music Festival, the Varaždin Baroque Evenings, the Korkyra Baroque, the Belgrade Early Music Festival, the Sastammala Gregoriana in Finland etc. In recent years they have participated in various theatre productions, including operas by Claudio Monteverdi (L’Orfeo, The Coronation of Poppea), Georg Friedrich Händel (Orlando, Acis and Galatea) and Henry Purcell (Dido and Aeneas). The entire ensemble and each of its members regularly present masterclasses and other educational events. They have released ten albums and their last recording of Dietrich Buxtehude’s sacred cantatas entitled Membra Jesu Nostri was released six months ago.

PREDRAG GOSTA, the Artistic Director of the ensemble and harpsichordist, attended secondary school at the Augustin Bea Seminary in Zagreb; he graduated from the London Trinity College of Music and obtained his Master’s degree from the Georgia State University (USA). He further perfected his skills in harpsichord, organ and historically informed performance with artists such as Emma Kirkby, Evelyn Tubb, Andrew Lawerence-King, Anthony Rooley, Michael Fields, Colin Tilney, James Johnstone and others. Gosta is also the Artistic Director of the Makris Symphony Orchestra, the Belgrade Baroque Academy and the New Belgrade Opera, as well as the Chief Conductor of the Gwinnett Ballet Theatre Orchestra in Atlanta. As guest conductor, he conducted orchestras such as the London Symphony Orchestra, the Russian National Orchestra in Moscow, the Washington National Philharmonic and the Sofia Philharmonic Orchestra in Bulgaria, as well as opera orchestras in Biel (Switzerland), Burgas and Ruse (Bulgaria), Lüneburg (Germany), Belgrade (Serbia) etc. His discography includes around fifteen albums, ten of which he recorded with the New Trinity Baroque and two with the London Symphony Orchestra, which makes him the first Croatian conductor after Lovro von Matačić to conduct this prestigious orchestra and the first to record with them.

Ensemble will perform compositions by Georg PhilippaTelemann, Dietrich Buxtehud and George Frideric Händel in recently renovated Summer Villa in Batahovina. More about concert programme here and more about the venue here. Tickets price is 180 kuna and it includes bus transfer. Bus will depart from Pile station at 7.30 p.m. and will make stop at bus station in Vukovarska Street. Bus returns just after the concert. Tickets are availble online here, at reception desks in most of the hotels in Dubrovnik and in Festival Palace in the Old City.