One more Linđo Folklore Ensemble performance at the 68th Festival 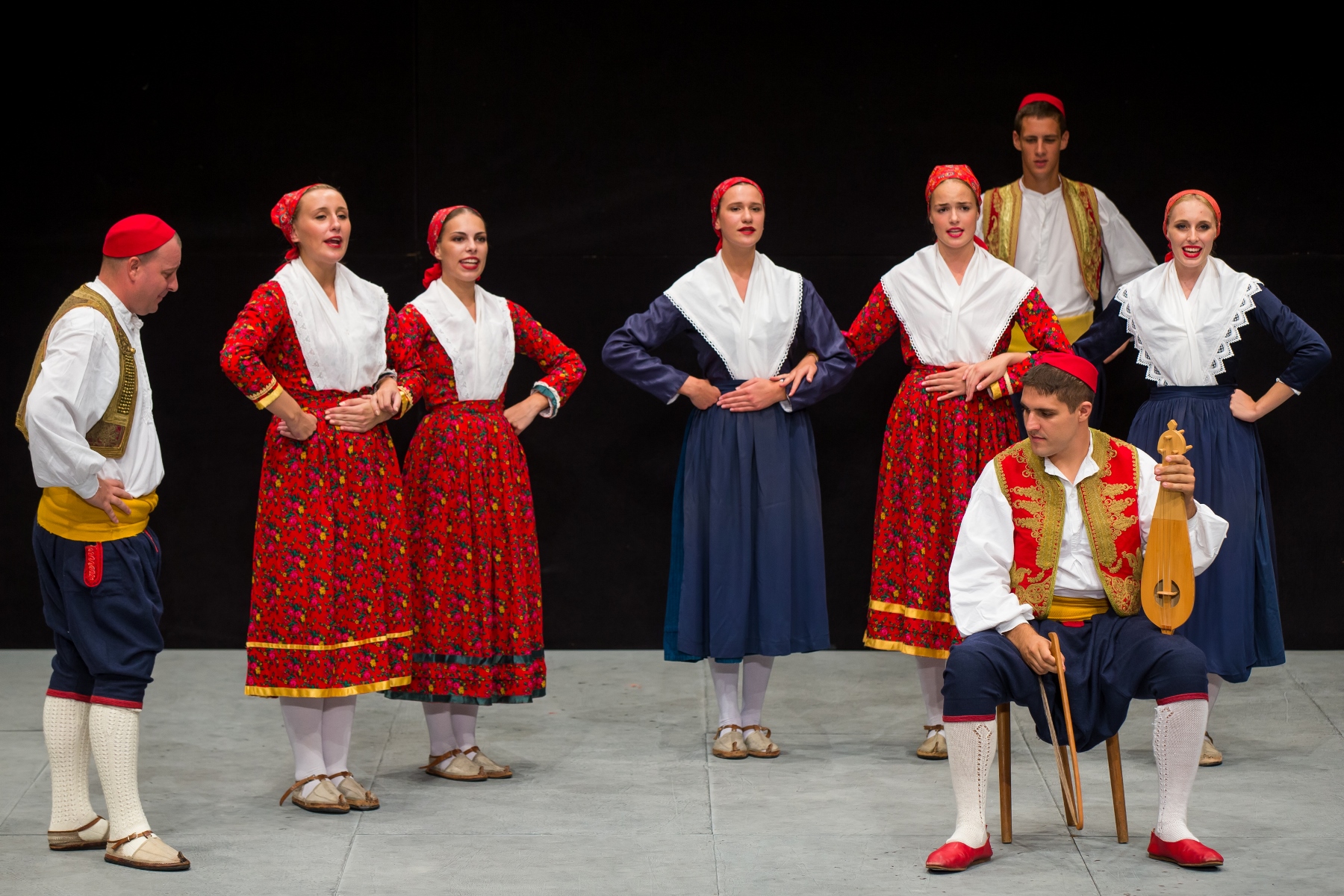 Traditional Linđo Folklore Ensemble performance at Revelin Fort Terrace, this summer with enriched programme, will be held on Wednesday, 16. August at 9.30 pm which will be their last performance at the 68th Dubrovnik Summer Festival.

Year after year, Linđo members repeatedly present to the festival audience all the richness and the beauty of Croatian folk songs and dances interesting both to foreign and domestic audiences, and the two performances held so far at the 68th Festival were rewarded with ovations. The program includes the Linđo dance after which the ensemble takes its name but also dances from other parts of Croatia - Zaprešić, Vrlika, Valpovo and traditional songs of Bunjevac and Šokac Croats. Premiere titles include Songs and dances of Baranja From Petarda to Ižip choreographed by Krunoslav Šokac and in a music arrangement by Duško Topić who is also the author of an arrangement of Cvetje moje, a song which presents wedding musical motifs of Podravina.

The ensemble cherishes the klapa multipart singing, the nowadays most widespread form of traditional singing in the south Croatia, and its littoral and island regions. In December 2012, UNESCO included the klapa singing in its Intangible Cultural Heritage List. The Linđo Folklore Ensemble has won a large number of accolades and awards. The festival audience vividly remembers Linđo's big concert on the occasion of the 50th anniversary of their work, last year at the 67th Festival, as many other memorable performances at the Festival which last since the year 1967.

Tickets are available online via www.dubrovnik-festival.hr and at the Box Offices in the Festival Palace (Od Sigurate 1) as in Luža, and at the venue one hour prior to the performance.