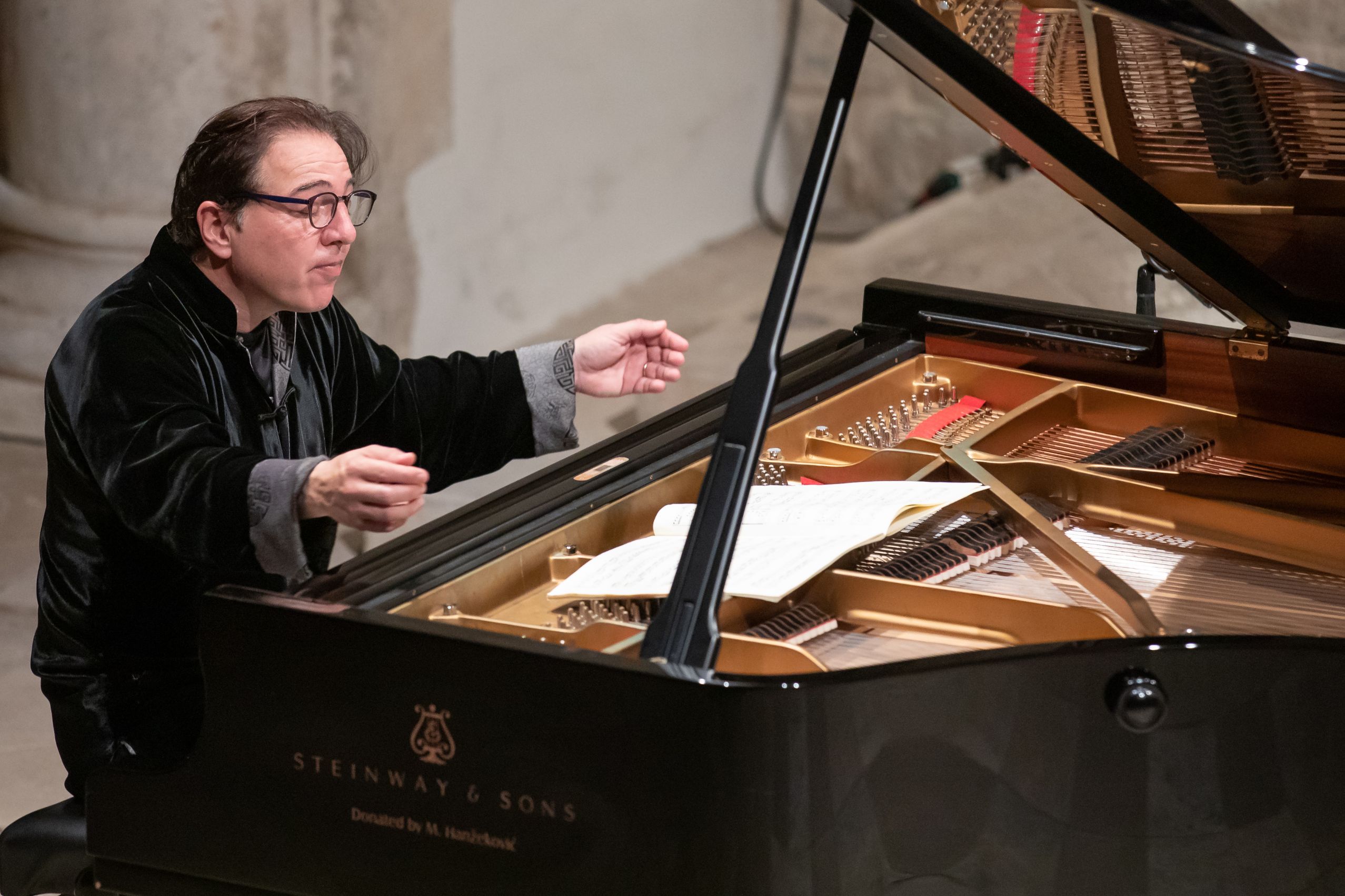 The extraordinary pianistic ability of Fazıl Say in performing popular Bach’s variations and his own pieces and arrangements, with inspired moments of improvisation has won over the festival audience last night, 29 July at 9.30 p.m. in the Rector’s Palace Atrium. 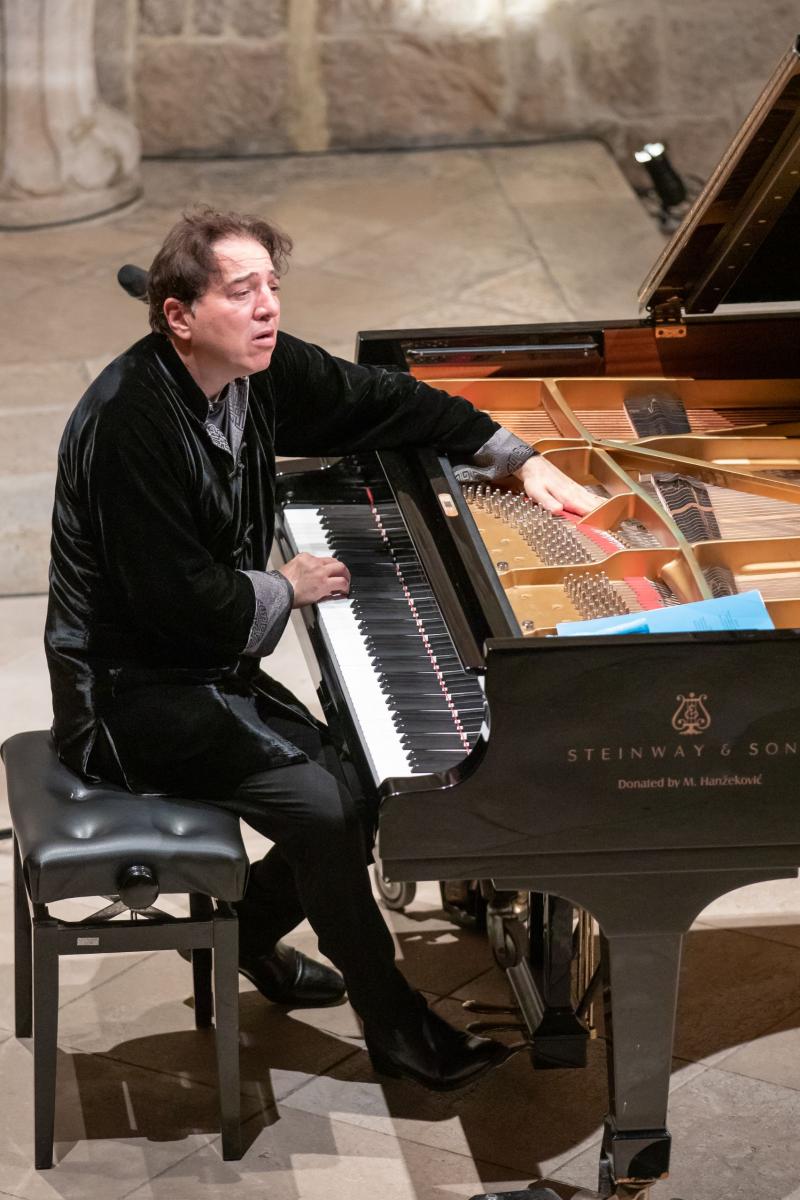 The first and longer part of the concert programme included the Goldberg Variations, Bach's piece originally named Aria With Thirty variations; a work of complex, ingenious structure that has for centuries fascinated listeners and performers alike. The variations were almost poetically interwoven and connected by the brilliant pianist who performed them at the highest technical level, demonstrating an exquisite subtlety in addition to impeccable skill, deep sensitivity and bright thoughtfulness, through which the virtuoso’s complete commitment to the music he felt with his entire being was evident, as well as from his expressions and unobtrusively refined gestures. Half an hour of pure musical enjoyment was brought to the audience by the unique Á la carte programme, Say's own concept without a fixed repertoire that the pianist actually tailors to the moment, thereby creating unique and immediate experiences. Last night for instance, Say played his own composition Black Earth, inspired by the popular Turkish ballad Kara Toprak, which introduced not only the soulfully melancholic Eastern folk notes, but also a dose of jazz into the Atrium. Real euphoria ensued when the first beats of Gershwin's jazz standard Summertime started however, which was a breath of musical refreshment in the hot Dubrovnik evening, during which the delighted festival audience, as well as Say himself, sang along to the well-known melody. The improvisational freedom and creation that Say has nurtured from the start revealed the full breadth of his talent and innate musical feeling, anchored in solid technical craftsmanship. Summertime was followed by a standing ovation, and the audience rose to their feet and heartily applauded the great performance and the fantastic Say, who after a couple of calls for a bow gave the audience a final surprise, his own arrangement of another monumental work in the Western music canon - Mozart's Piano Sonata no. 11 in A major, better known as Alla Turca (Turkish March). 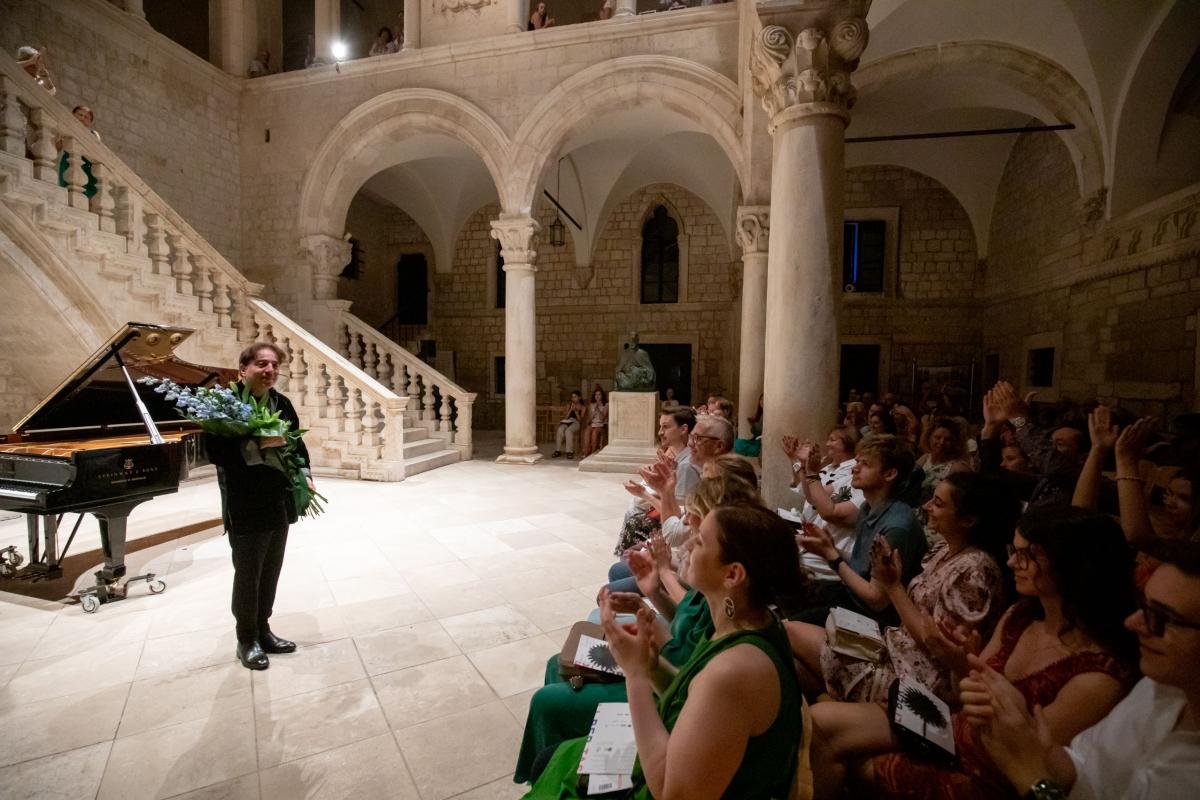 The 73rd Dubrovnik Summer Festival music programme continues on Sunday, 30 July with Roman Simović who will be playing Eugène Ysaÿe’s violin sonatas at the Rector’s Palace.