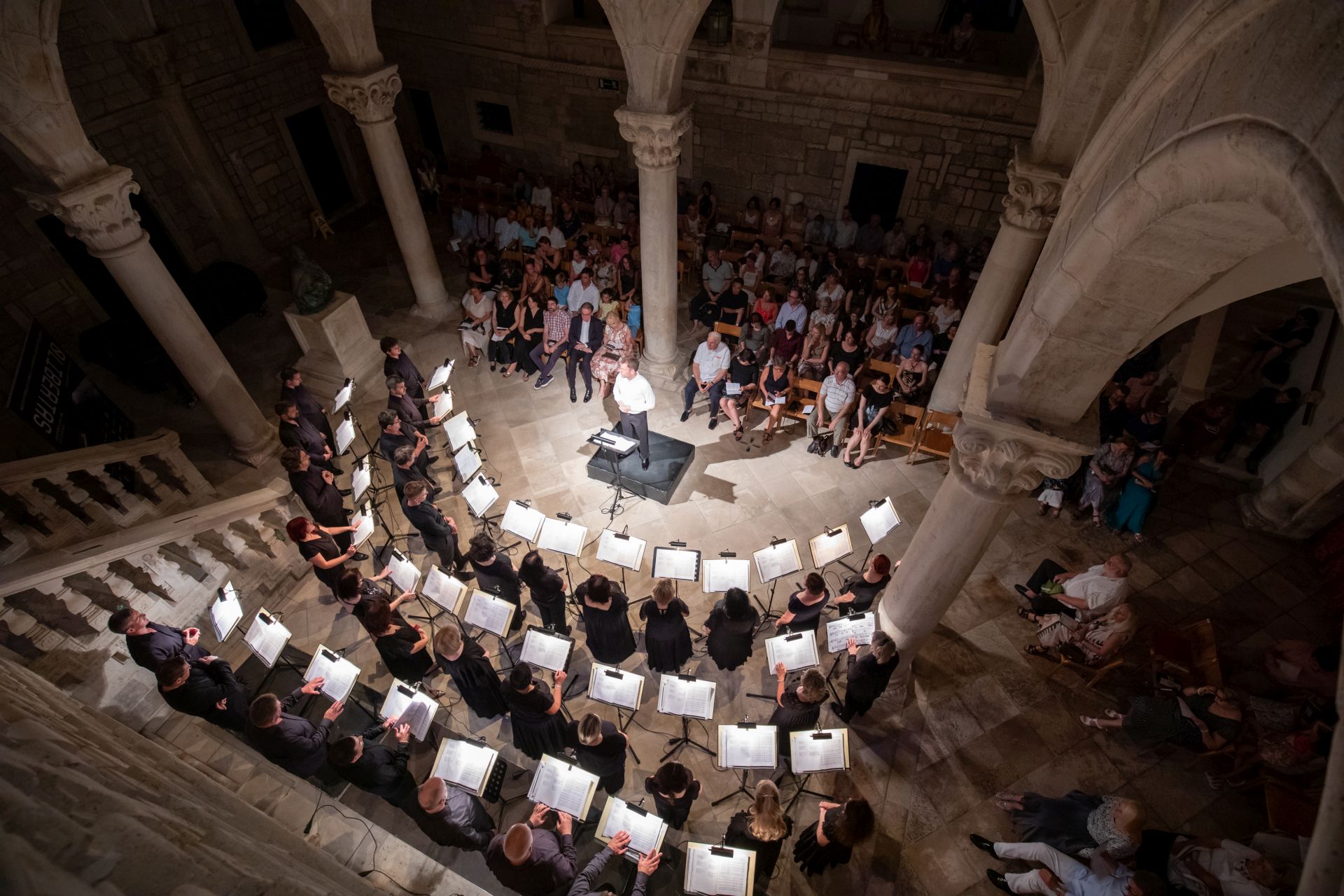 Croatian Radio and Television Choir under the baton of maestro Tomislav Fačini and with soloists of the evening Darija Auguštan, Martina Gojčeta Silić, Stjepan Franetović and Robert Kolar will hold the first concert at the Rector’s Palace atrium of this Festival season on Thursday, 15 July at 9.30pm. They will perform Croatian Mass by Boris Papandopulo.

Commissioned by Kolo Singers’ Society, Papandopulo wrote the Mass in 1939 for soloists and unaccompanied choir, wanting to simplify and further the possibilities of performance, especially for concert tours to certain places in Croatia where there is not always an orchestra nor a good organ. In addition, Croatian choral music does mostly entail a cappella singing and such a way of singing is characteristic of Croats, as the beloved composer noted.

The Croatian Radio and Television Choir was founded in 1941 for the needs of the radio programme at the time. Working first as a chamber ensemble, with time, they grew into the first large professional choir in Croatia. In the early years, it was Boris Papandopulo who was one of the choir’s first conductors, helping shape their repertoire. In 2004, the Croatian Association of Musical Artists presented the Choir with the Milka Trnina Diploma, acknowledging their exceptional artistic achievements, for the performance of,  opportunely, Papandopulo’s Croatian Mass.

Concert tickets as well as the tickets for all other programmes at the 72nd Dubrovnik Summer Festival are available for purchase at the Dubrovnik Summer Festival website www.dubrovnik-festival.hr or via www.ulaznice.hr ticketing service, and at the box office of the Festival Palace (Od Sigurate 1) every day from 9am to 9.30pm. Tickets will also be available on location two hours before the start of the performance. Ticket prices remain significantly reduced due to the economic situation being impacted by the pandemic, up to 50% lower as was the case last year. Purchases made with Mastercard® and Maestro® cards receive a 10% discount while all purchases and orders over 500HRK offer payment in instalments.