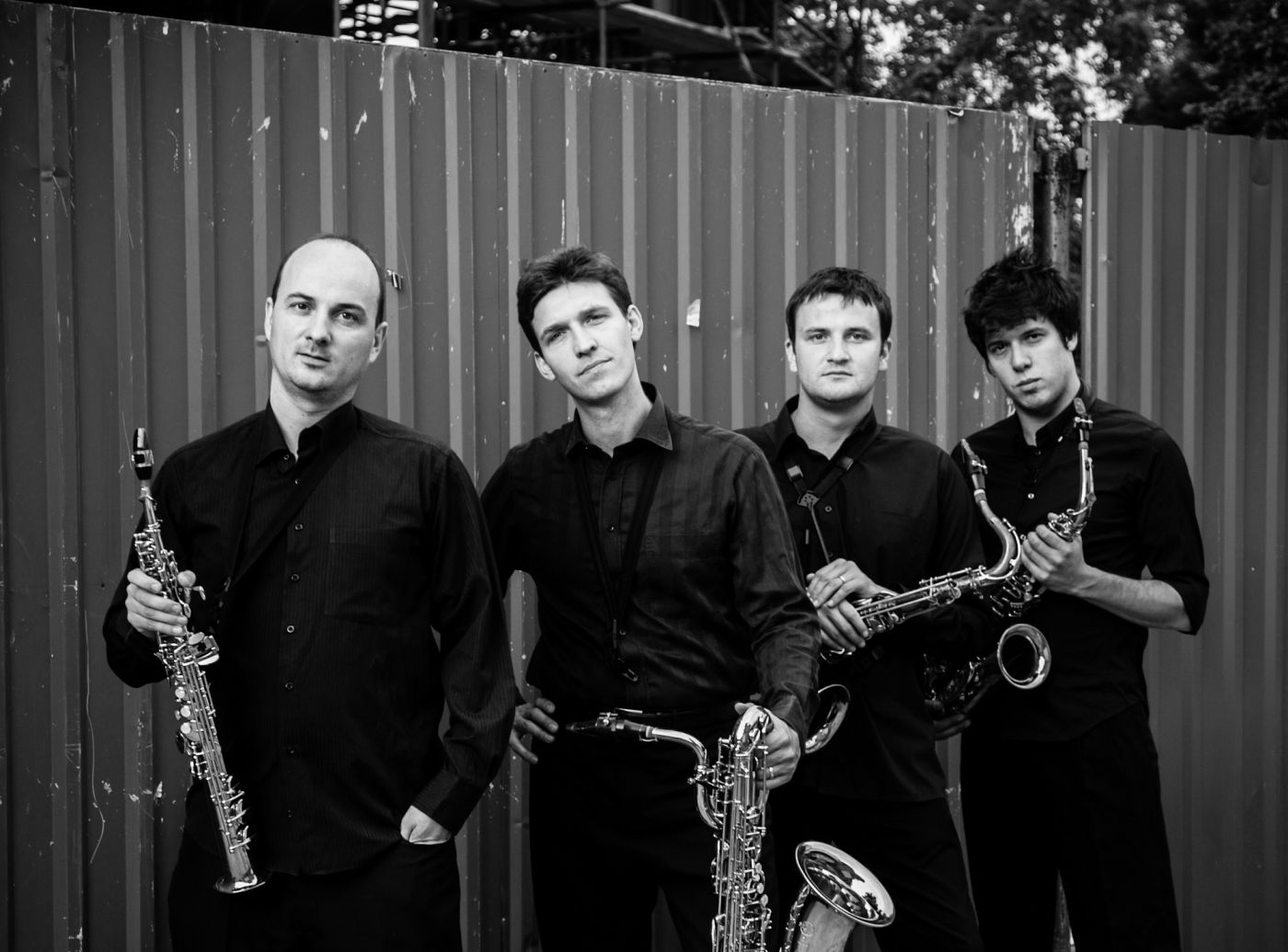 The most significant Croatian chamber ensemble Papandopulo Quartet will perform on Sunday, 16 August at 21.30 in the Rector's Palace atrium as a part of the music program of the 71st Dubrovnik Summer Festival and perform an interesting repertoire consisting of an "iron" repertoire for saxophone quartet, as well as works by Croatian composers Boris Papandopulo, Petar Obradović and Gordan Tudor.

The Papandopulo Quartetis composed of four Croatian saxophonists, Nikola Fabijanić, soprano saxophone, Gordan Tudor, alto saxophone, Goran Jurković, tenor saxophone and Tomislav Žužak, baritone saxophone, all of them graduates of the Music Academy in Zagreb in class of professor Dragan Sremec. They continued their education at Conservatoires in Paris, Amsterdam and Vienna as well as on the masterclasses held by world renowned saxophone players. During the years at the Academy and after the graduation they were active, among the other musical activities, as the saxophone quartet under the name New Sax Quartet and accomplish a remarkable series of performances from the year 2000 until now, and in 2013, they took the name Papandopulo Quartet.

The Papandopulo Quartet is dedicated to promoting contemporary music by Croatian and international composers, this time they will perform the "iron" repertoire of the saxophone quartet, which includes the work of the French composer Quatuor Pierre-Max Dubois, and to that repertoire they will add the composition Tintamarre by the French composer Régis Campo. They will perform the composition Three scenes by their member and composer Gordan Tudor, as well as originally written for the piano Three Studies by one of the most important Croatian composers Boris Papandopulo, arranged by Ivan Batoš for four saxophones. Petrichor by the Dubrovnik trumpet player and composer Petar Obradović will also be heard, and the concert will conclude with a performance of Rossini per quatro by Giachino Rossini, arranged by Gaetano Di Bacca. These are themes from the operas The Barber of Seville, The Thieving Magpie, The Italian in Algeria and Semiramis, as well as the song-tarantella La danza, which will round off the program. 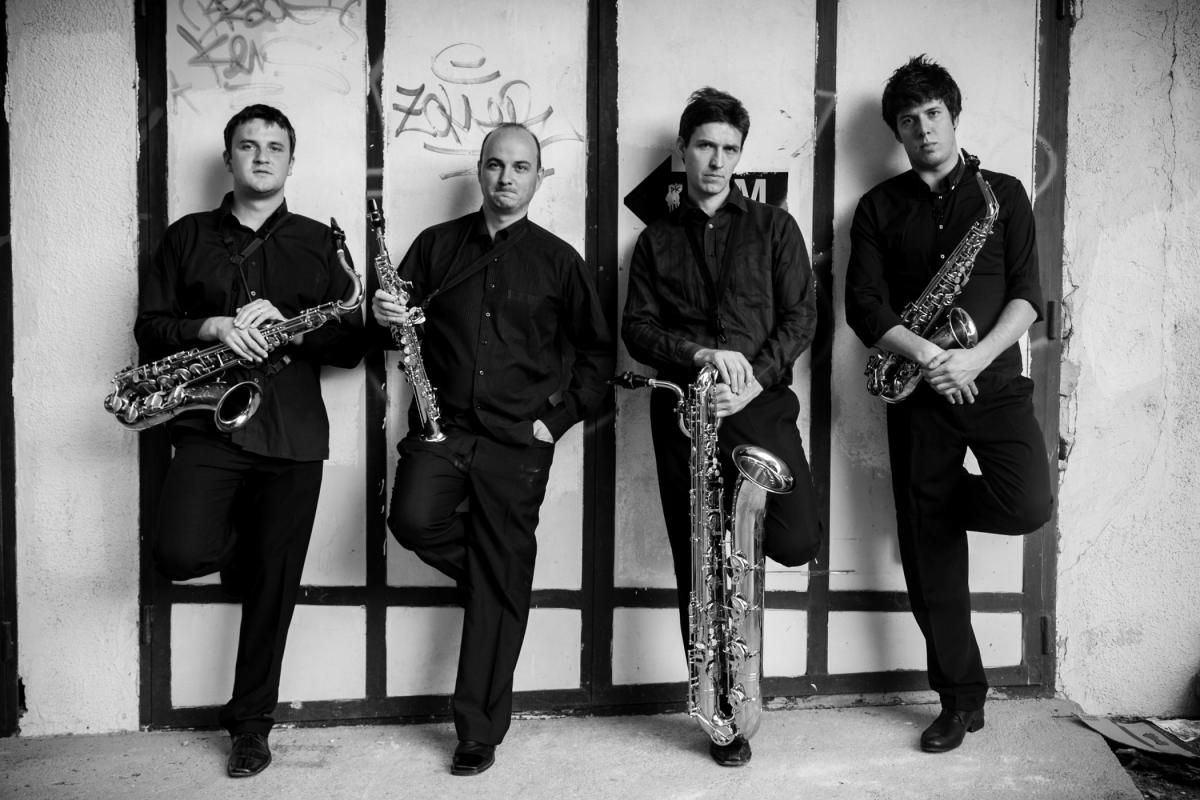 Their concerts are regularly followed by thunderous approval from the audiences and praise from the critics, and the quartet has held over 200 concerts at all major festivals and music events in Croatia and they regularly perform in Italy, Germany, France, Hungary, Austria, Slovenia, Bosnia and Herzegovina, Montenegro and Serbia. In 2013. they released their first album by Croatia Records, Papandopulo. It won the Porin Award for Best Composition out of a total of five nominations and has been the best selling classical music album in Croatia for several years now. Last year was one of the most successful years for the Papandopulo Quartet. Apart from numerous concerts, in June 2019. they won the Milka Trnina Diploma for exceptionally successful artistic performance at the opening of the 6th Showcase of Contemporary Sound. Shortly after, they won the first prize - Grand Prix at the prestigious 3rd International Berliner Music Competition, competing against as much as 40 chamber ensembles. In addition to the first prize in the category of professional chamber ensembles, they also won the Manhattan Concert Artist Award awarded by a New York concert agency. As the winners in their category, on 30th October 2019 they performed at the Berliner Philharmonie.

Tickets for this performance are available for purchase at the Dubrovnik Summer Festival website www.dubrovnik-festival.hr or via www.ulaznice.hr ticketing service and at the box office of the Festival Palace (OdSigurate1) every day from 9 am to 9.30 pm. Purchases made with Mastercard® and Maestro® cards receive a 10% discount while all purchases and orders over 500 kunas receive a 30% discount voucher for Festival souvenirs. OTP bank continues the tradition of supporting the Festival, and this year with the loyalty program OTPetica offers its users an additional 10% discount when buying tickets at the box office in the Festival Palace.