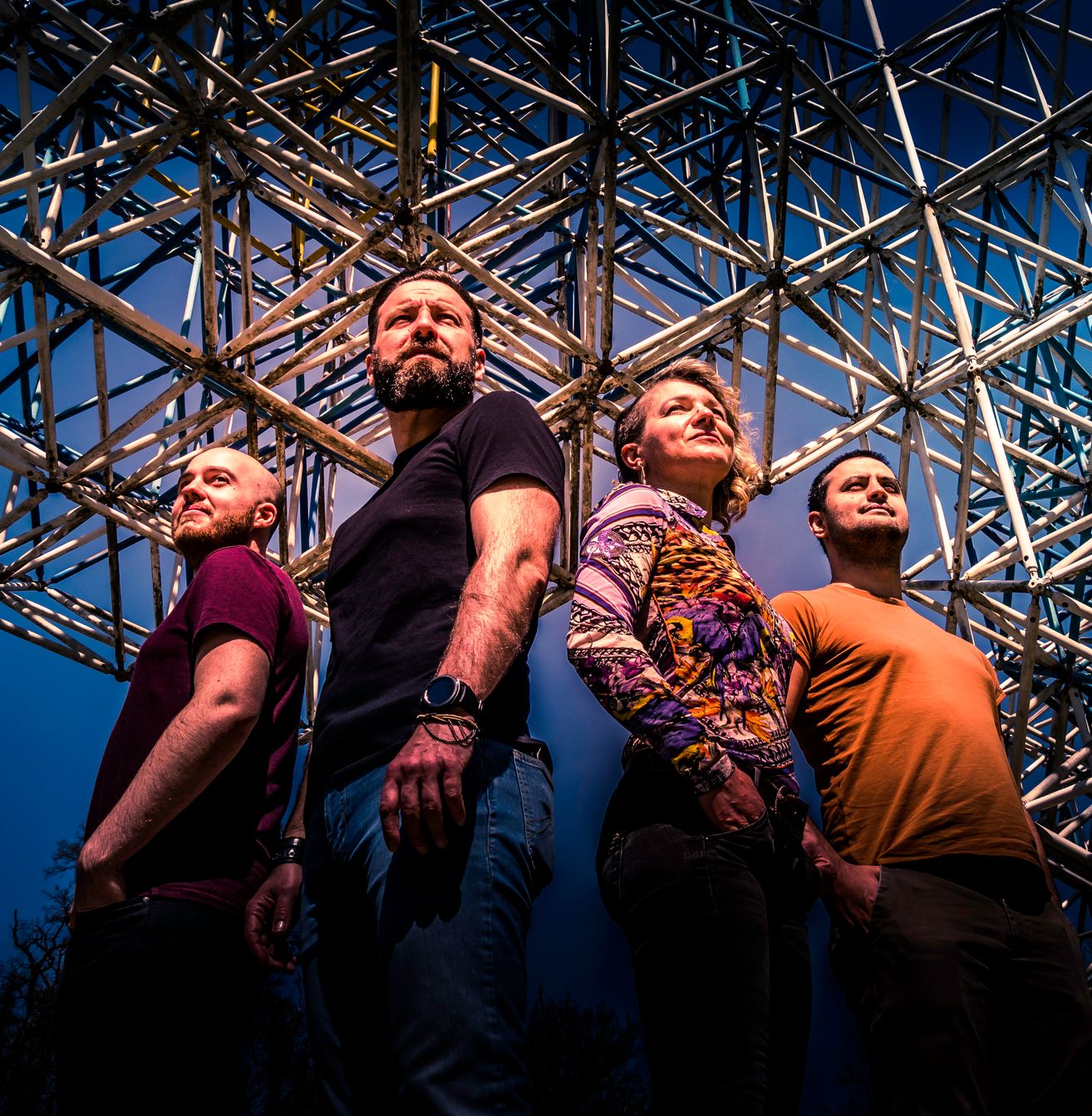 Brilliant percussionists Ivana Kuljerić Bilić, Nikola Krbanyevitch, Francesco Mazzoleni and Luis Camacho Montealegre who make up the Percussion Club will be starting off the music programme of the 72nd Dubrovnik Summer Festival on Monday, 12 July at 9.30pm in front of the Saint Blaise’s Church. Joining the quartet as guest percussionist is Karmen Pervitić.

On the programme of this unique musical event are Trevino’s Catching Shadows, Gipsy Kings’ Mosaique, Koshinski’s Swerve, Paganini variations by Witold Lutosławski, Oblivion by Astor Piazzola, Adagio by Samuel Barber, and Arturo Marquez’s Danzón’s Danzón in the performance of which the Club’s guest Karmen Pervitić will be joining. They chose these pieces specifically for open-air performance, striving for music that will communicate with the audience. Most of the arrangements the four did collaboratively, except ‘Variations on a Paganini Theme’ done by Ivana Kuljerić Bilić. In this performance the spotlight is on the keyboard percussions with added percussion, while the programme selection emphasizes the international spirit and the Mediterranean temperament of their ensemble as well as its diversity of performers and composers.

The four Club members have already collaborated in various ways and in different ensembles, but they also have thriving solo careers and projects. Their shared interests and inclinations led them into forming the quartet that is making its debut right here at the Dubrovnik Summer Festival. Ivana Kuljerić Bilić is a regular performer with various European orchestras and she participates in chamber, stage and crossover productions. Aside from also appearing frequently at international festivals, Kuljerić Bilić holds percussion masterclasses and serves as a jury member at marimba and percussion competitions. She performed as solo timpanist for years, first with the Croatian National Theatre Zagreb Opera Orchestra, and afterwards with the Croatian Radio and Television Symphony Orchestra. The eponymous Ivana Bilić Marimba Week, an annual percussion festival held in collaboration with the Samobor Music Festival, was founded by her. Her illustrious career also boasts the fact that Kuljerić Bilić has won all the major Croatian performance and discography awards. Since 2014 she has been closely collaborating with Nikola Krbanyevitch, with whom she started the I.N.K. Experiment Duo dedicated to reinterpretation and fusion of classical music with rock, pop, traditional and experimental music. Nikola Krbanyevitch is a musician of French and Serbian origins whose creative output is influenced by the two different cultures. He is equally active across various music genres – contemporary, rock and traditional – and he performs in various ensembles, as a vocalist and percussionist. The particular interest Krbanyevitch has in multicultural projects has led to the founding of the Balkan Project Orchestra. Besides being a Full Professor of Percussion at the Evreux Conservatory, Normandy, he regularly holds numerous workshops.

Concert tickets are available for purchase at the Dubrovnik Summer Festival website www.dubrovnik-festival.hr or via www.ulaznice.hr ticketing service, and at the box office of the Festival Palace (Od Sigurate 1) every day from 9am to 9.30pm. Tickets will also be available on location two hours before the start of the performance. Purchases made with Mastercard® and Maestro® cards receive a 10% discount while all purchases and orders over 500HRK offer payment in instalments.