The presentation of the Port of Dreamers project final publication was held today, 16 July, in the Festival Palace in Dubrovnik. The presentation itself was live-streamed online and a video of the event is available on the official YouTube channel of the Dubrovnik Summer Festival, as well as the project’s own Facebook page and all partner organizations’ Facebook pages. 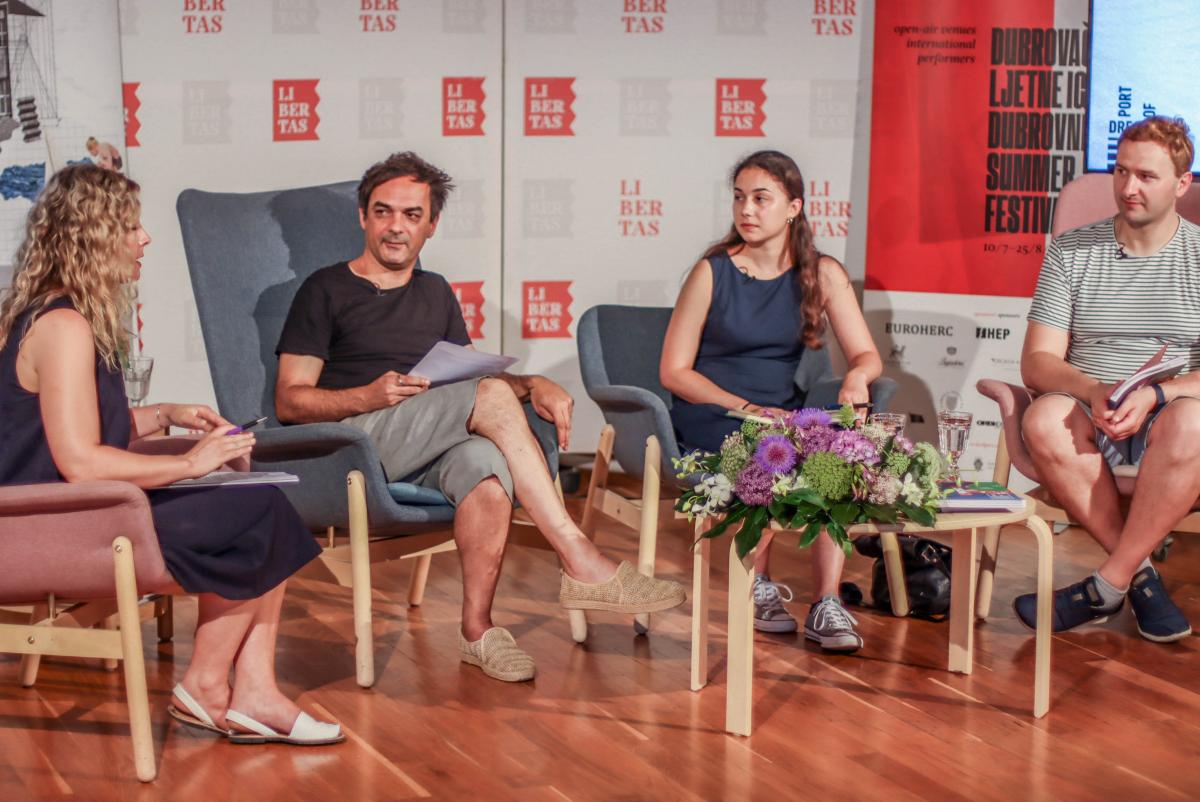 Presenting the publication were Saša Božić, the project’s Artistic Director, Irena Čučković from Novi Sad’s Kulturanova organization which is one of the project partners, and Benjamin Virc as the representative of project partner Slovene National Theatre Maribor and as the publication’s editor. Kulturanova CEO Milan Vračar gave a few words over video message, while director Jan Krmelj briefly spoke about his play Celebration and cooperation on the project. 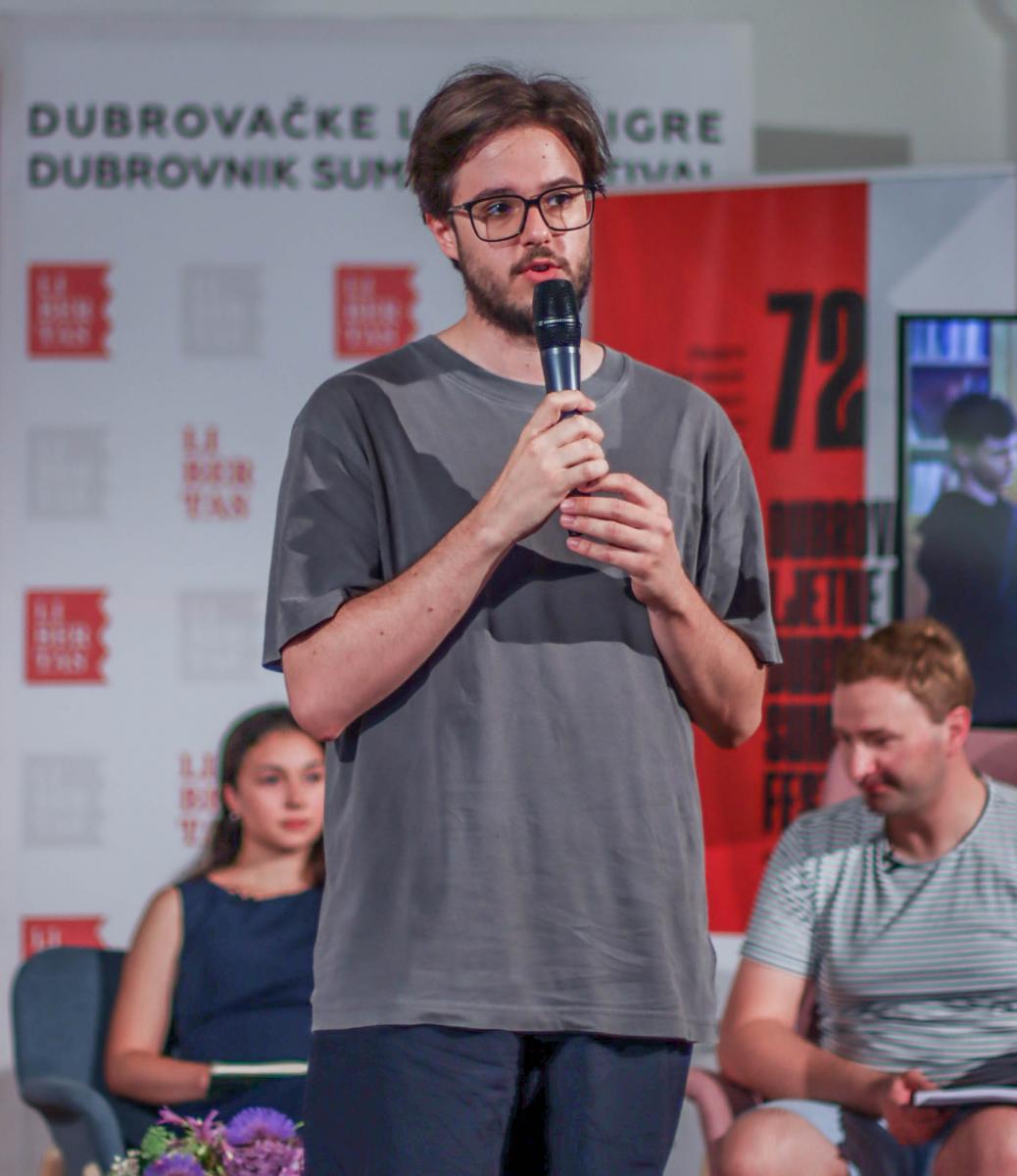 Port of Dreamers is a cultural-artistic project with a total value at 316 000 EUR, out of which 188 000 EUR is co-funded by the European Union through the programme Creative Europe – Culture Sub-programme. The project was started in 2018, and planned to end in 2020 with its final activities at the 71st Festival, but due to the pandemic and pandemic-related restrictions the project finalization and final activities execution was moved to 2021, with the approval from the European Education, Audiovisual and Culture Executive Agency (EACEA). The experience of being a migrant, the positive impact of migrations on development of certain cultural, social and economic environments and the relationship between the terms (and concepts) ‘citizen of Europe’ and ‘migrant’ were examined over the nearly three years of the project’s duration. Art workshops with migrants, workshops for artists, an exhibition and two theatre productions took place in Dubrovnik, Zagreb, Novi Sad and Maribor. The play Besides Oneself, an original project by Nataša Rajković, Ivan Penović and the cast, was on 13, 14 and 15 July. Celebration directed by Jan Krmelj, performed by Slovene National Theatre Maribor and based on an Ivor Martinić text is on next, on 18 and 19 July. Finally, Under the Same Roof directed by Ivana Janošev, co-produced by Kulturanova and Novi Sad Hungarian minority theatre Újvidéki Színház, will be staged on 29 and 30 July. All three plays are performed at Lazareti. 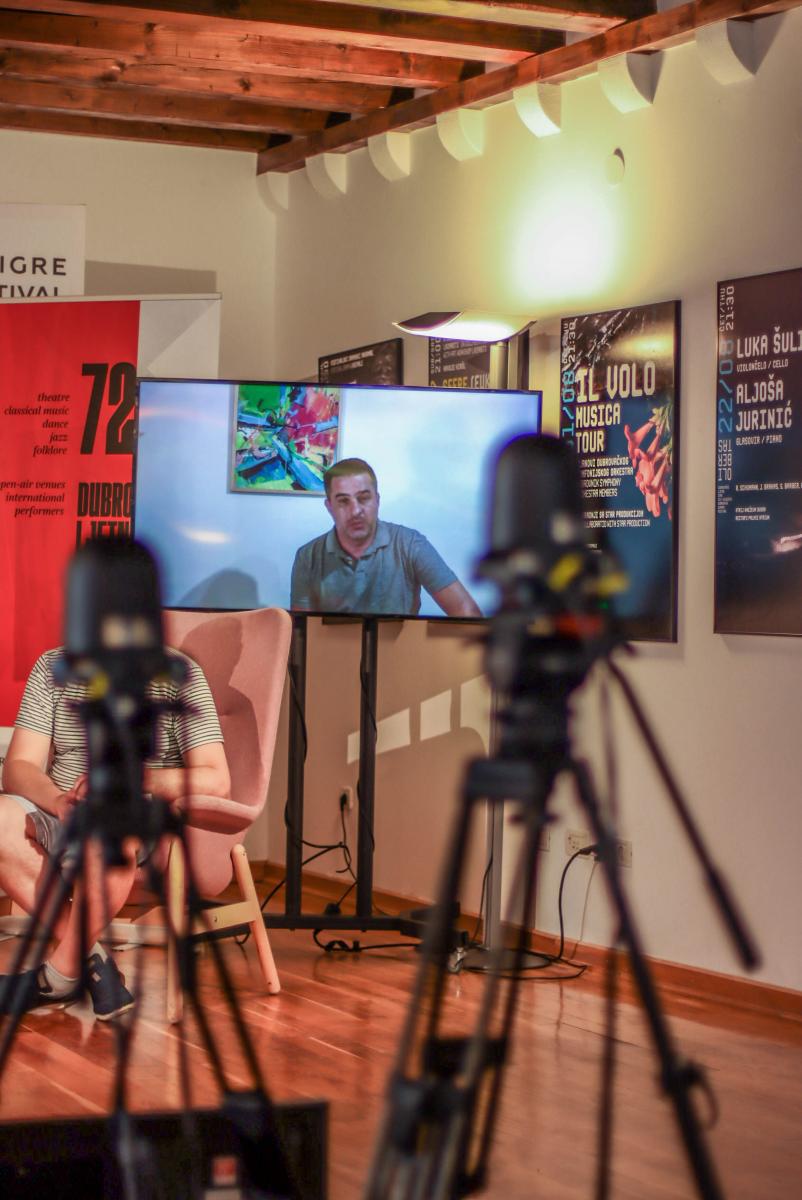 Benjamin Virc pointed out that, despite the thematic differences in the publication, there is a common thread connecting all narratives – the critical reflection of a complex phenomenon such as migration. “While working on the project, the migrants’ perceptions were carefully examined, meaning, the way they felt in a new country, what their experiences with locals and citizens were in general, and which judgements they faced while on the path of integration. All of the collected experiences were transformed into drama productions and are now published under the one umbrella of our final publication”, said the publication editor Virc.

The publication is a free edition and all interested can pick up their own copy at the Festival Palace.

The Port of Dreamers project is co-funded by the Creative Europe Programme and supported by the Republic of Croatia Ministry for Culture and Media.