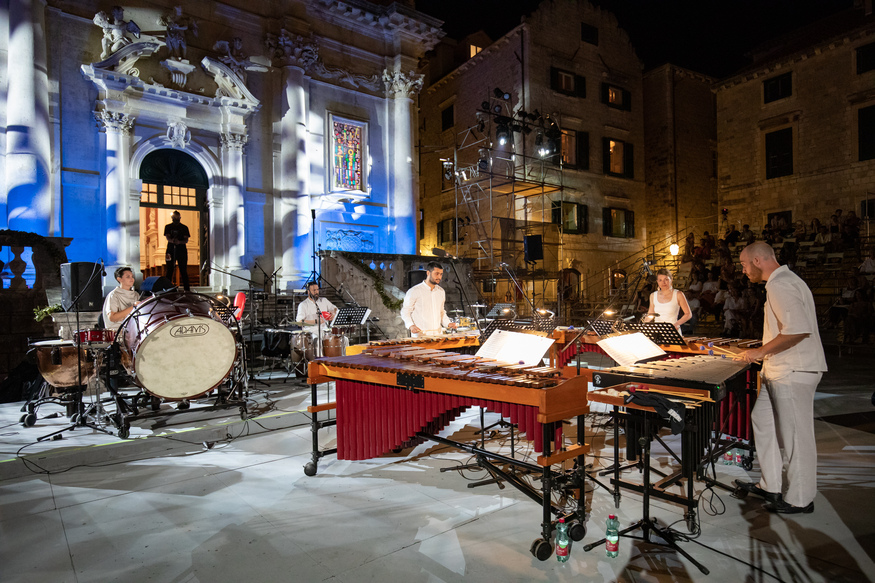 The quartet Percussion Club made up by percussion virtuosos Ivana Kuljerić Bilić, Nikola Krbanyevitch, Francesco Mazzoleni and Luis Camacho Montealegre had their premiere performance right here at the Dubrovnik Summer Festival last night, 12 July in front of St. Blaise’s Church. They were joined by guest performer, Dubrovnik’s own Karmen Pervitić. 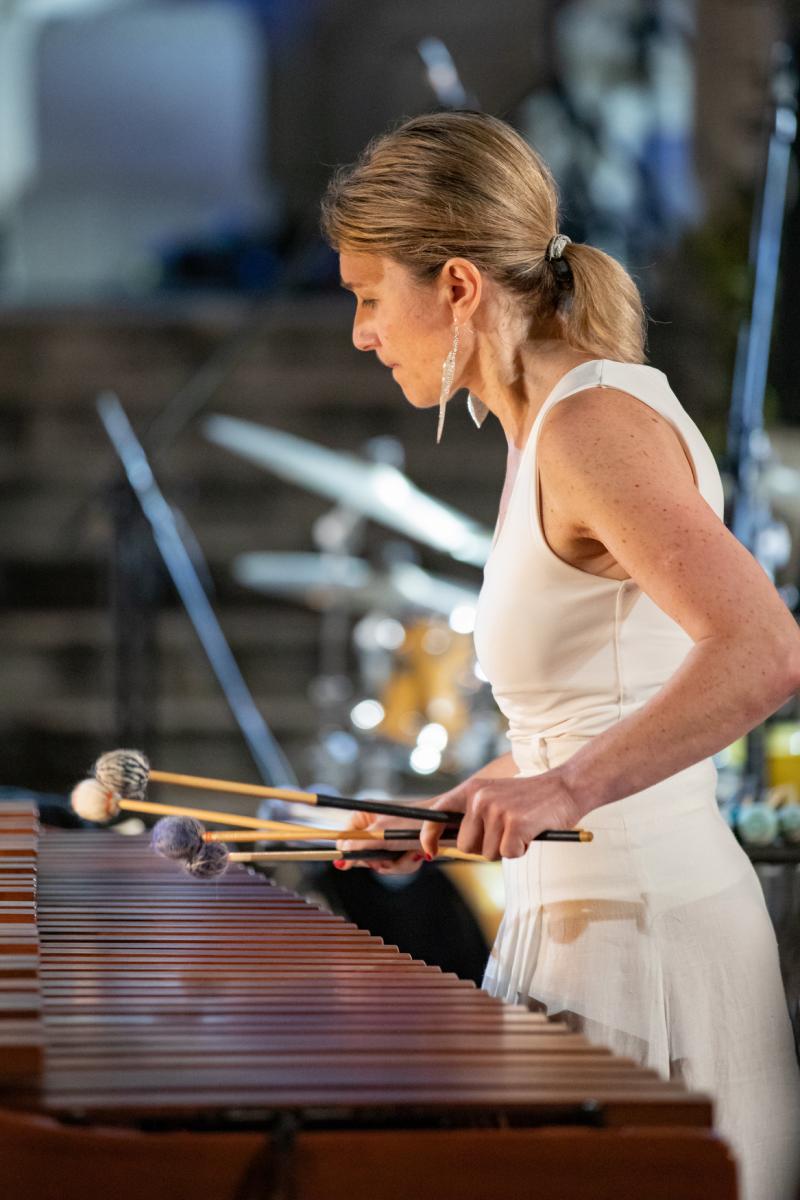 Music that communicates with the audience and fits the open-air venue was what the quartet kept specifically in mind while carefully choosing the pieces they were going to perform. Most of the arrangements the four did collaboratively and the spotlight was on the keyboard percussions with added percussion, while the programme itself put emphasis on the diversity of both performers and composers. Thus, the repertoire featured Trevino’s Catching Shadows, Koshinski’s Swerve, Paganini variations for two pianos by Witold Lutosławski, Oblivion by Astor Piazzola, Adagio by Samuel Barber, and Arturo Marquez’s Danzón and, opening and closing the performance was Gipsy Kings’ Mosaique as the delighted audience demanded encores twice. Additionally, in a dynamic and thrilling interaction with the crowd, in the finale the Club also played Bulgarian Medley. 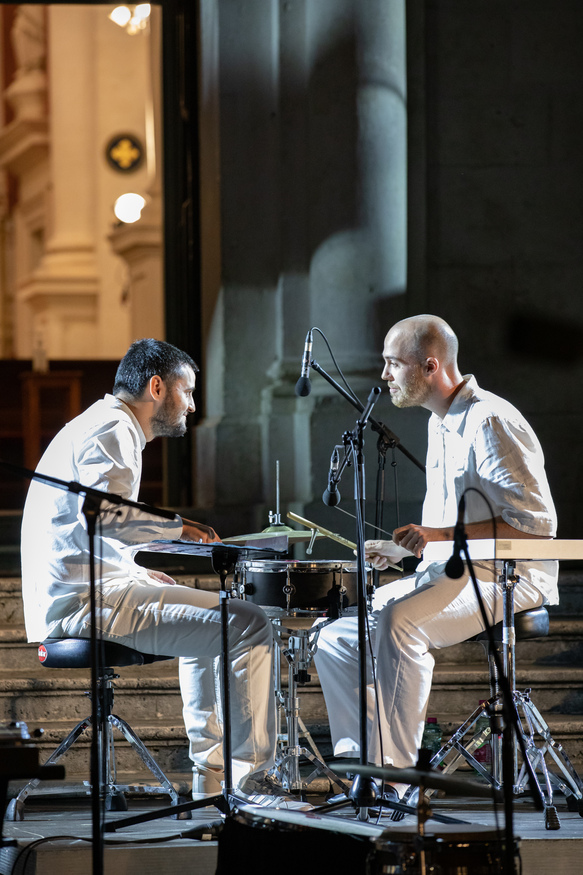 With support from the Caboga Stiftung foundation, Ivana Kuljerić Bilić will hold a three-day percussion workshop for music students of the Luka Sorkočević Art School, from 14 to 17 July, but for all others interested she will also be holding an open class titled “Body Percussion” on Thursday, 15 July at 6pm at Lazareti. Attendees will be tackling the basics of rhythms, with help from sounds that the human body or objects of everyday use are able to produce. As the number of attendees is limited, prior registration is required to participate. Applications are open until noon 13 July. To apply, send an e-mail to nikolina.putica@dubrovnik-festival.hr with your name, surname, date of birth and phone contact. 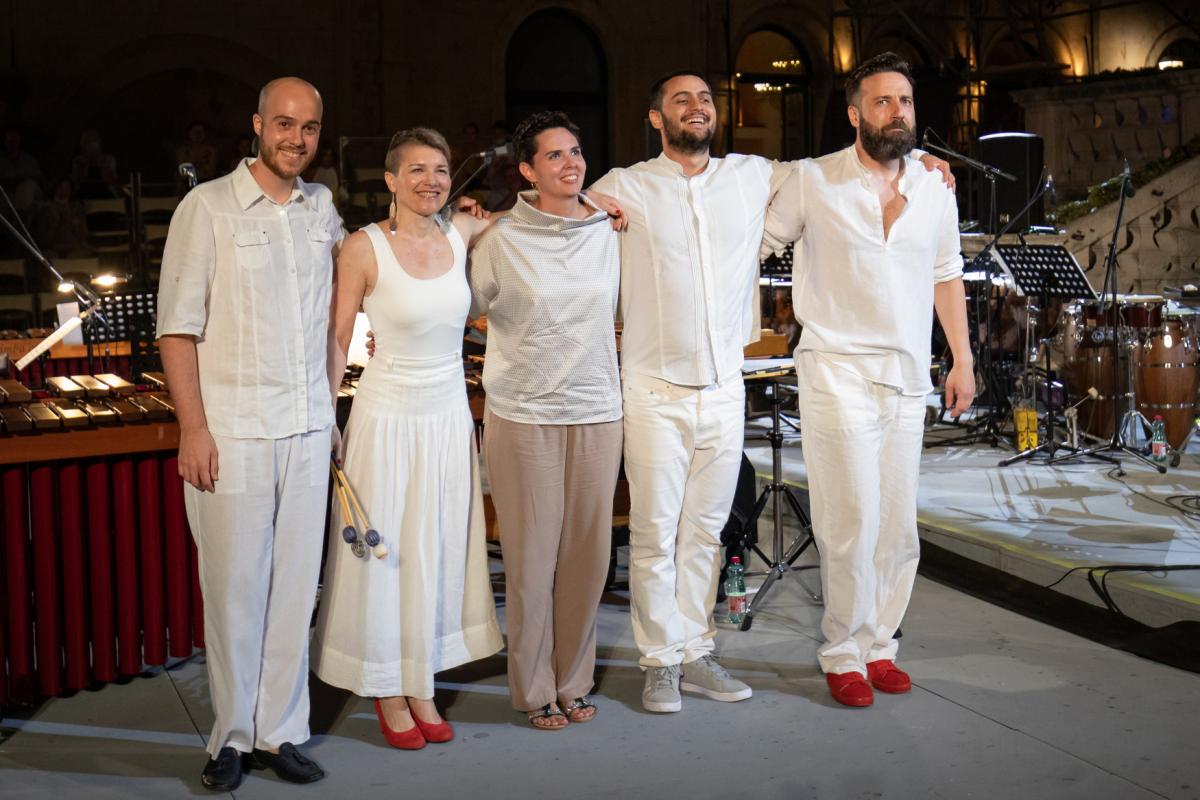 Next Festival concert is the first of the season at the Rector’s Palace atrium, Thursday July 15, with Croatian Radio and Television Choir performing under the baton of maestro Tomislav Fačini and with solos by Darija Auguštan, Martina Gojčeta Silić, Stjepan Franetović and Robert Kolar.