The first drama premiere at the 69th Dubrovnik Summer Festival, Michelangelo by Sebastijan Horvat and Milan Matthis Marković, based on Miroslav Krleža's play Michelangelo Buonarroti, directed by Sebastijan Horvat and co-produced by the Festival and the Croatian National Theatre Ivan von Zajc of Rijeka, will be premiered under the sponsorship of HEP on 27 July in the Benedictine monastery ruins on the Island of Lokrum. A press conference was held at the Festival Palace on the occasion of the upcoming premiere of the play, which was already proclaimed a theatrical event of the summer by some critics. 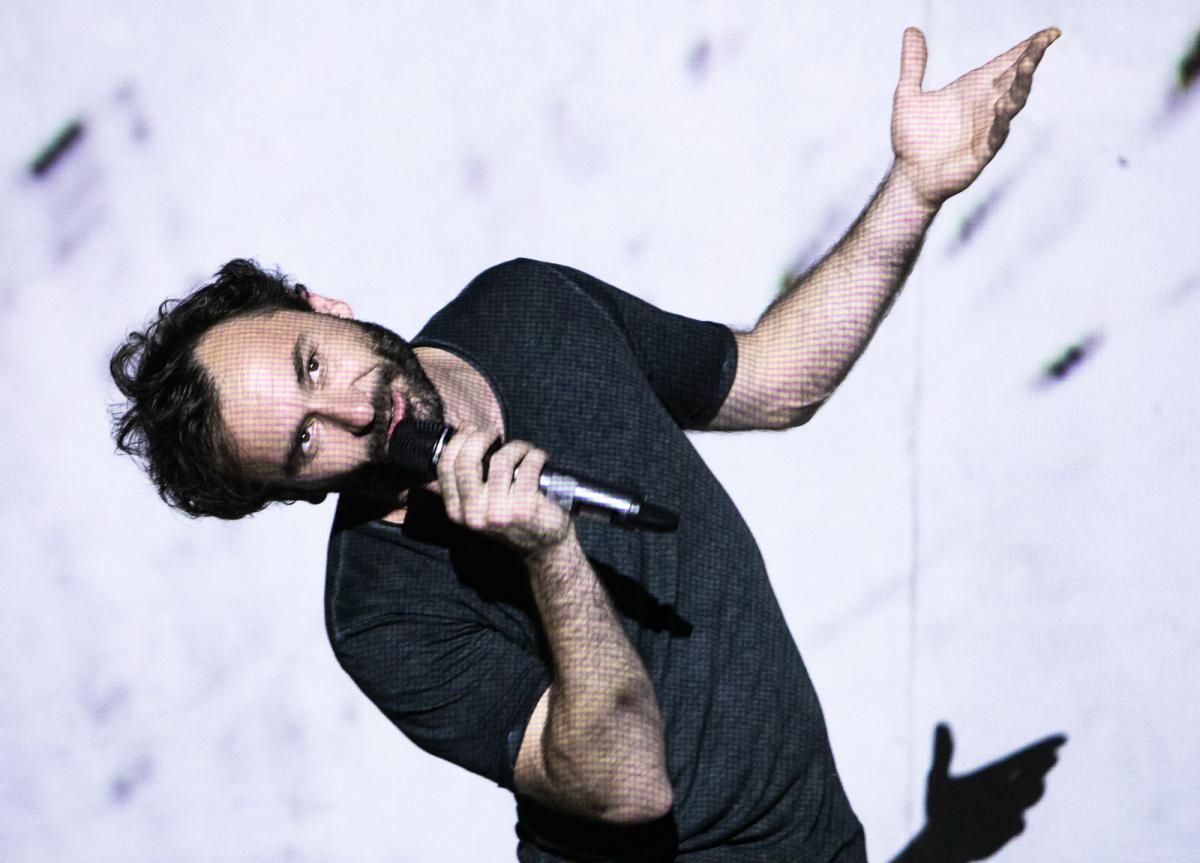 Director Sebastijan Horvat said he was thrilled to work with the members of the CNT Ivan von Zajc ensemble. Rakan Rushaidat, who plays the lead role of Michelangelo, also praised the ensemble. He described them as wonderful partners and hard workers with whom it is a pleasure to work. Together they have built an interesting and fresh approach to Krleža's work, said Rakan. The leading actress of the CNT Rijeka Olivera Baljak pointed out that this is a truly great production, rich, full of energy and beauty, which was achieved by teamwork, great enthusiasm and organic approach. 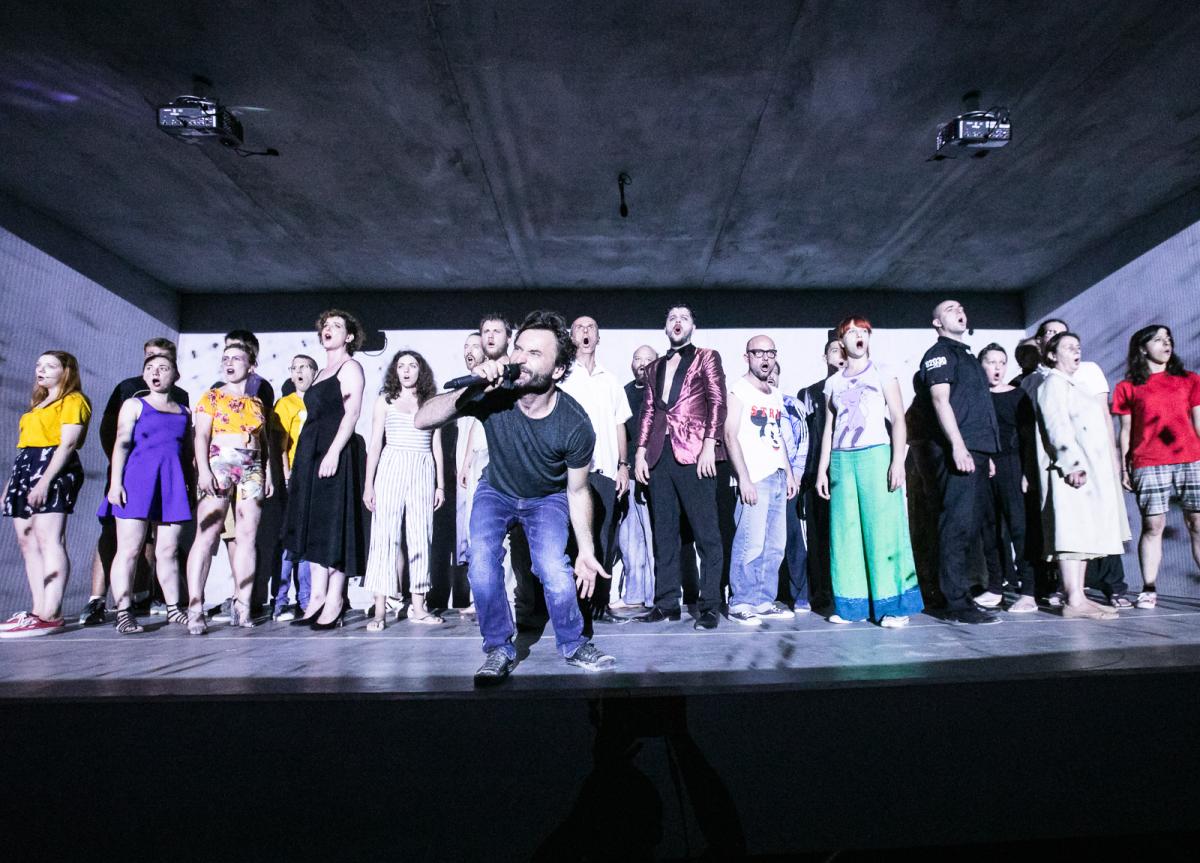 Michelangelo Buonarroti is a play from Miroslav Krleža's cycle Legends, written in 1918. Inspired by Expressionist poetics, imbued with strong images and meanings, it leads us to the sphere of lucid dreaming. Thematically, in this play Krleža focuses on temptations and the tragedy of Michelangelo Buonarroti who, guided by grand ideas and torn by his quests, remains forlorn and opposed to the world around him. The genius painter tries to achieve unlimited power of artistic creation, but Krleža faces him with money, with miserable wage for his great art. Michelangelo examines the eternal, but always current matter of the relation between art and money, power and politics, which nowadays is more important than ever since it questions that declarative slogan about artistic freedom, without which art becomes nothing but clerical kitsch, thus losing its power of critique and its determination. 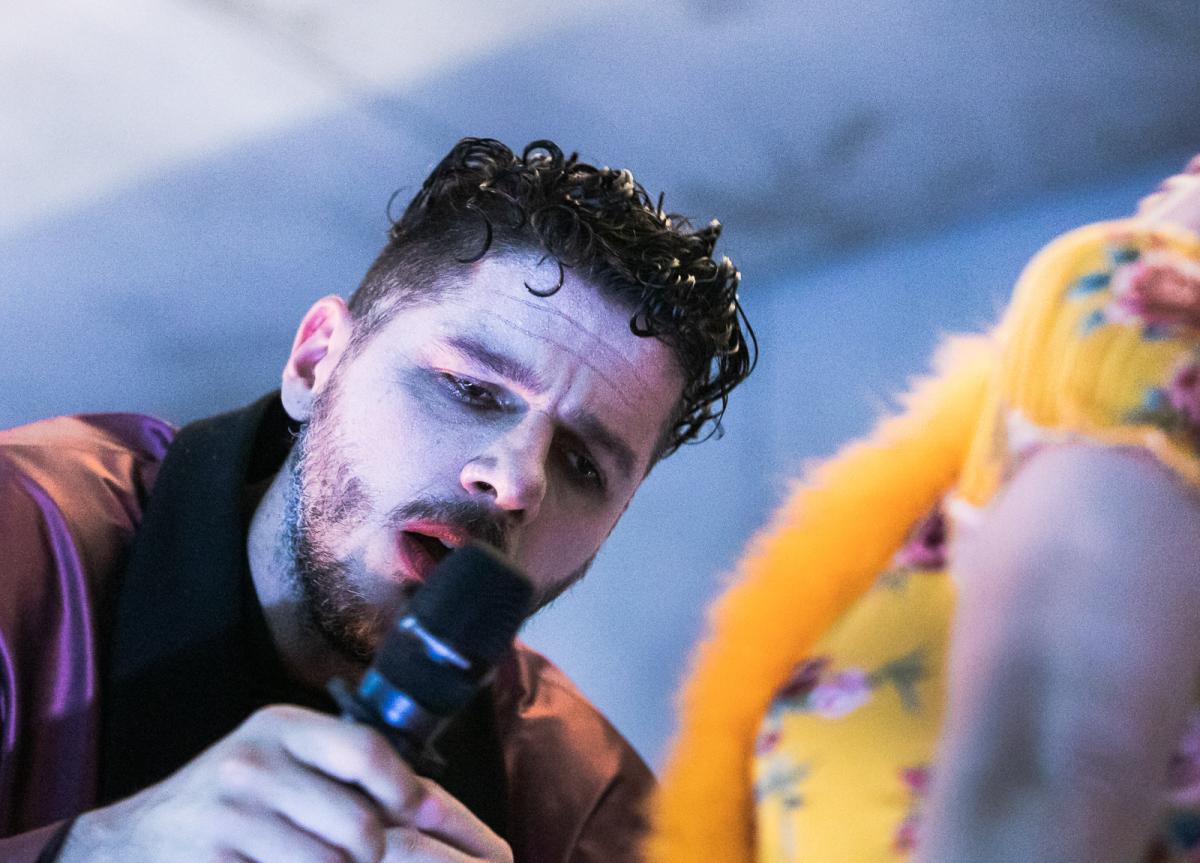 Slovene theatre director Sebastijan Horvat graduated directing from the Ljubljana Academy of Theatre, Radio, Film and Television, where he is currently engaged as a theatre directing professor. He is a co-founder of the independent theatre association E.P.I Centre, which has become a major performing and production centre dealing with theatrical research projects. His numerous accolades include the Award for Best Young Director at the Salzburg Festival in 2005. As a director, he has collaborated with almost all theatres in Slovenia, while in Croatia he directed the play Croatian God Mars at the Gavella Theatre in 2014 and the play On the Grave of Stupid Europe, based on Miroslav Krleža's work Croatian Rhapsody, at the CNT Rijeka in 2015. The staging of Michelangelo at the Festival and in Rijeka is the third time he is directing in Croatia and each time he was inspired by Krleža.

Dramaturge and playwright Milan Marković Matthis, the author of the adaptation of Michelangelo, wrote the following lines about working on the play: “We started working on the production of Michelangelo with the question Miroslav Krleža makes his main character ask himself: Who do I work for? During the entire drama, Krleža artfully builds in his magnificent style the portrait of the Renaissance genius, only to ruin it by exposing it to materialist criticism. But his stance is not cynical. He does not question Michelangelo’s genius, he just opposes it to his inability to become aware of his own cynical position of the servant of the class he despises.” Miroslav Krleža, one of the greatest Croatian writers, is the author of the most significant Croatian literary texts of the twentieth century and originator of many cultural initiatives based on raising the critical awareness of Croatian society, which made his opus one of the central points of reference in the process development of modern Croatia. While working in the period of severe societal divisions over the basic problems of society, he managed, without avoiding conflicts, to impose his basic, aesthetic position as unquestionable to both his supporters and opponents, which makes integrality of his work and thought one of the important premises of the national cultural standard. 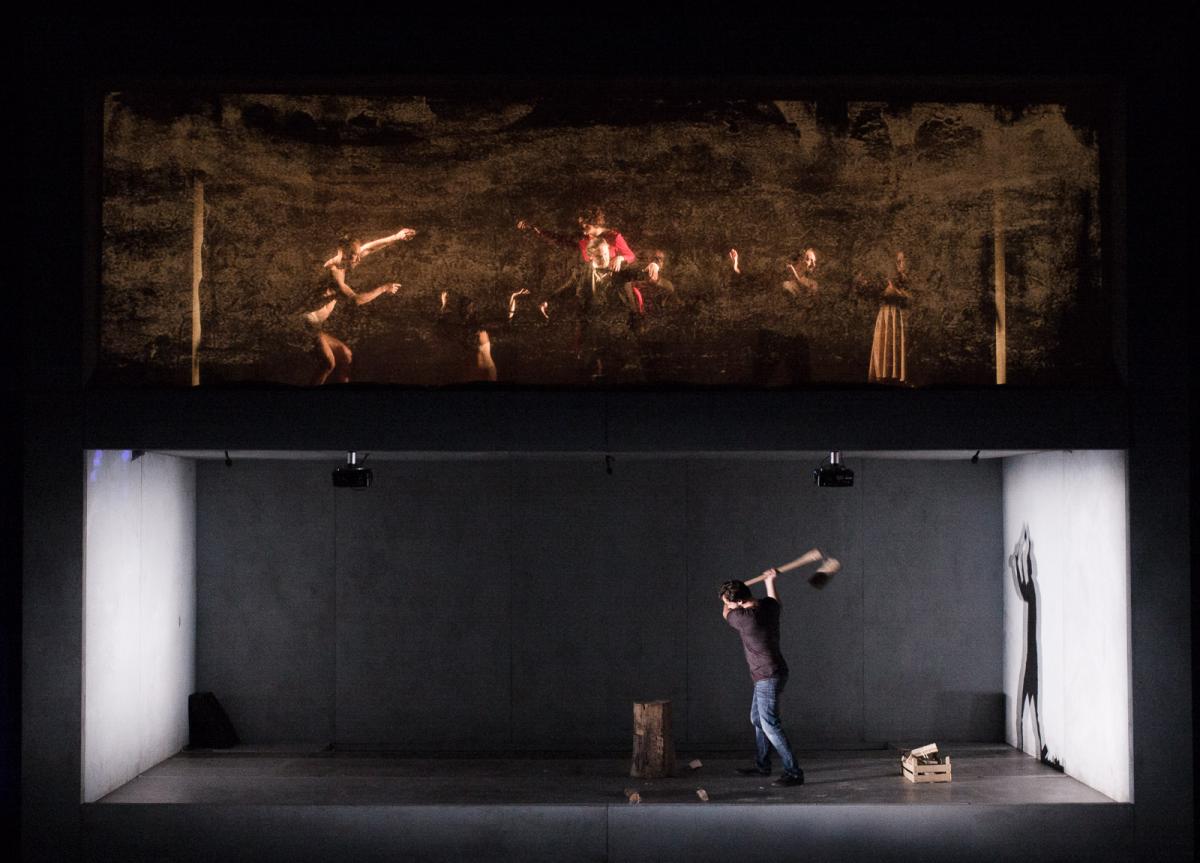 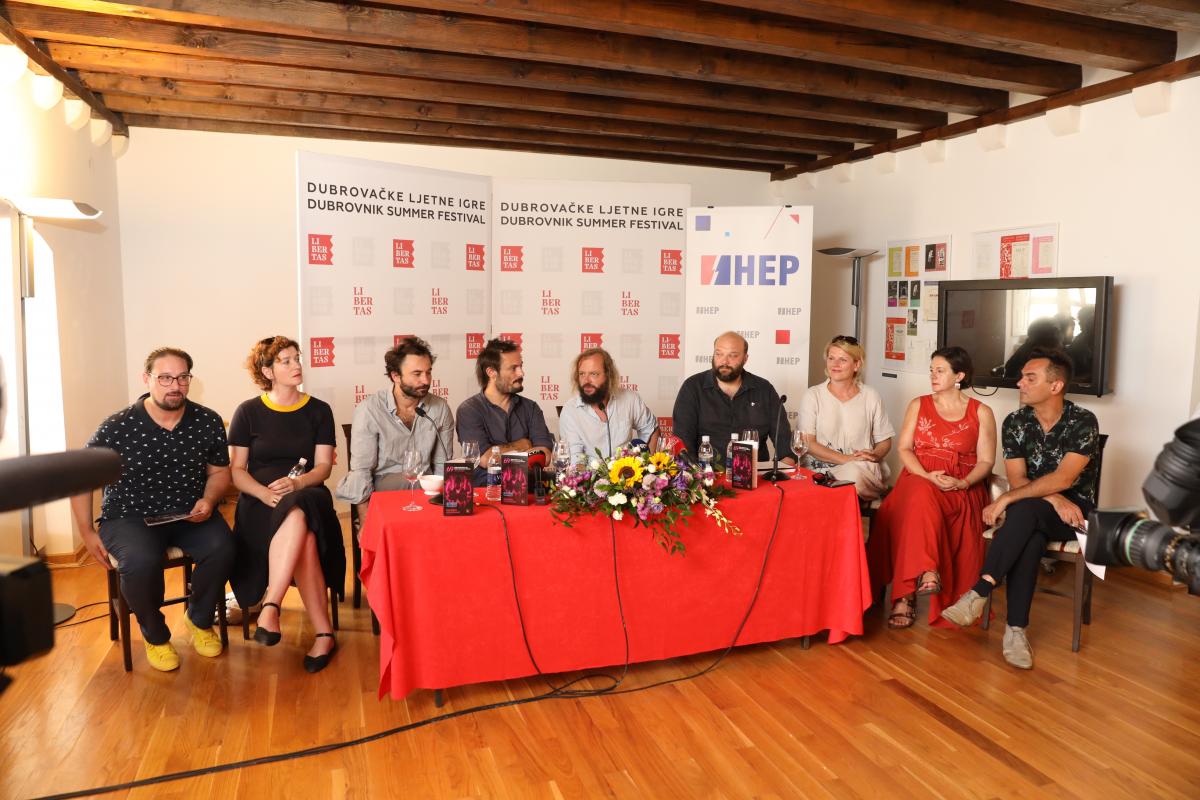 Michelangelo will have five performances at the 69th Festival, from 27 to 31 July. Boat transfer to the Island of Lokrum is included in the ticket price. Boats depart from the Old City Port at 20:30 and 20:45. Tickets for all performances are available at the Box Office of the Festival Palace (Od Sigurate 1) every day from 9:00 to 21:30 and at the Old City Port two hours prior the announced start of the programme.

Play is subtitled in English.