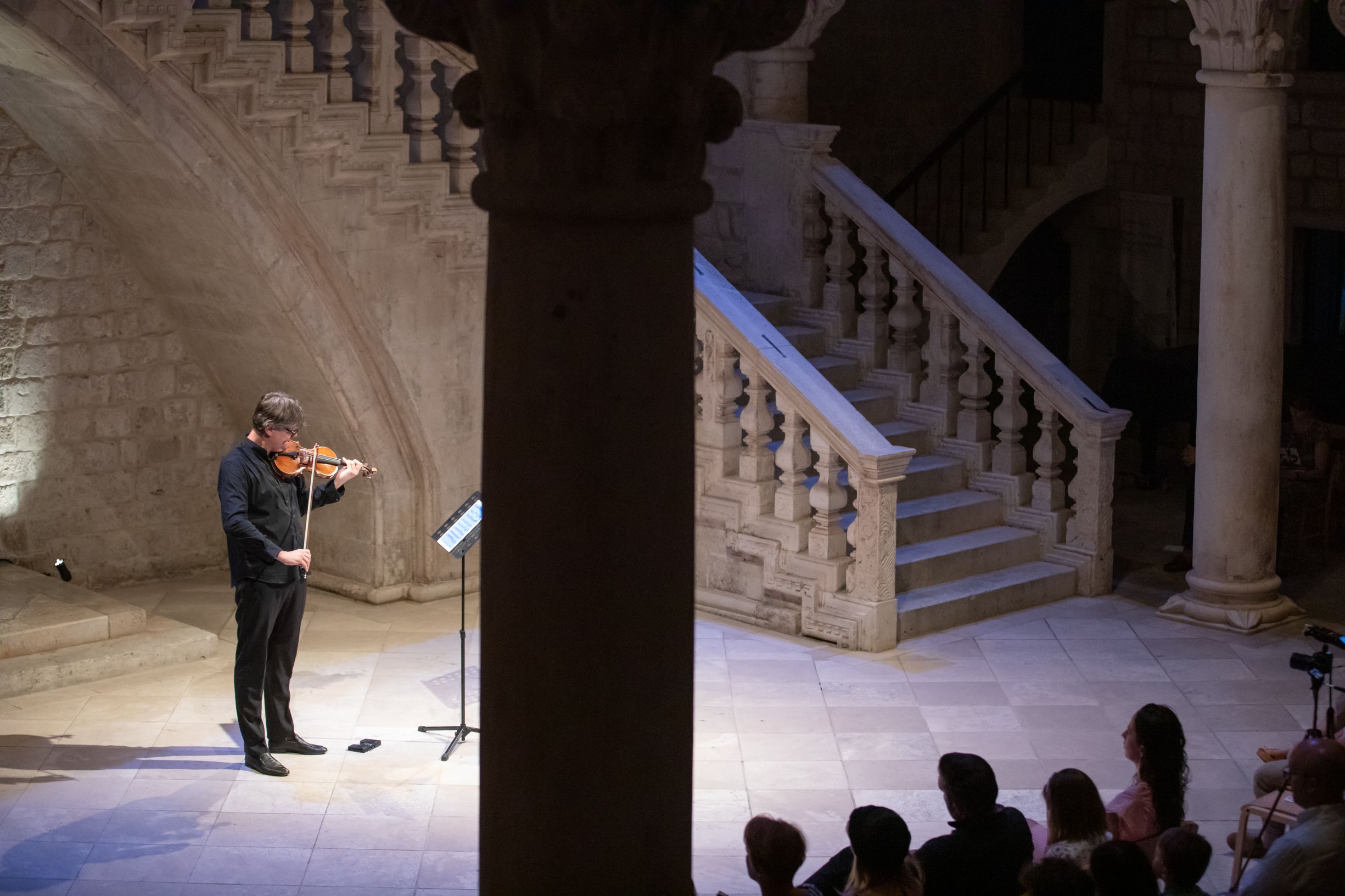 One of the most respected violinists of his generation Roman Simović performed at the Dubrovnik Summer Festival last night, 31 July, in the Rector's Palace Atrium, leaving a strong impression on the gathered audience with an excellent performance of an exciting programme. 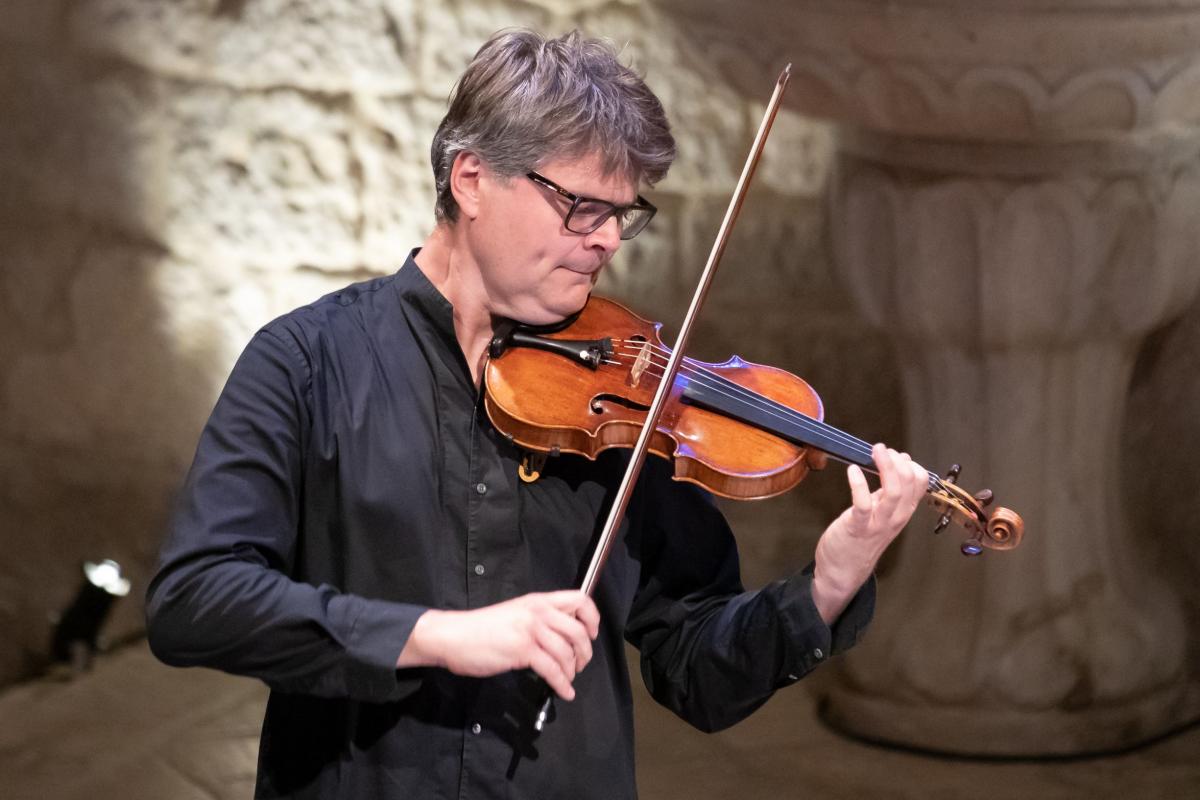 The impressive and bold programme of last night's concert consisted of Eugène Ysaÿe’s the exciting sonatas, his Six Sonatas for Solo Violin more precisely, a piece whose technical demands and harmonic originality demand the highest level of performance, in some passages almost to perfection. Roman Simović indeed achieved unwavering virtuosity last night at the Rector’s Palace, six years since his last Festival performance there. Ysaÿe's Sonatas are considered a kind of stylistic bridge between the old and new, tradition and improvisation, providing an intersection of violinist techniques and approaches - modelled after Bach, and inspired by the best violinists of the 20th century, their authentic styles and ways of playing. Thus, the unique individual temperament of each sonata was meticulously molded by Simović, collected and insightful in his performance, which was captivating in a truly special way, especially his skilful naturalness and ease of playing. Fully embodying the composer's vision of a true violinist who is both a thinker and a poet, Simović flawlessly demonstrated the full range of emotions and techniques as well as all the beauty and poetry of his instrument, which the audience not only truly enjoyed but also recognized and appreciated, sending off each sonata with a long applause, even at the end with a standing ovation calling Simović for a bow several times. That is why Simović's impressive biography and current engagement as concertmaster of the London Symphony Orchestra, one of the world's leading orchestras. The performance of two musical additions, Bach's Sarabande from the piece Partita for solo violin no. 2 in D minor and Sher's Scherzo for solo violin, with which he thanked the enchanted audience, only made better an already great musical evening. 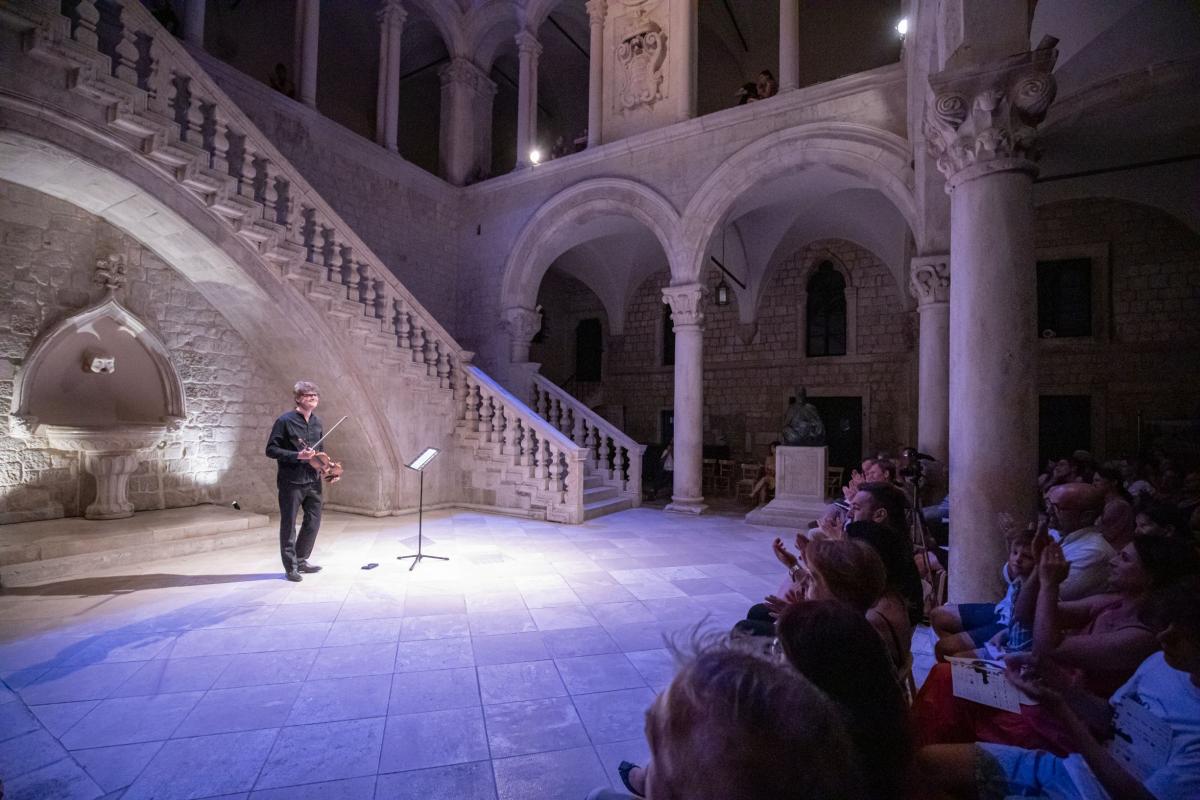 The music programme of the 73rd Dubrovnik Summer Festival brings another solo recital with a concert by the pianist Vadym Kholodenko on Sunday, 7 August at 9:30 p.m. in the Rector’s Palace Atrium, who will play works by Ades, Schubert and Prokofiev. Concert tickets are available online at the Festival’s official website and through the ticket service www.ulaznice.hr, as well as the Festival Palace Box Office (Od Sigurate 1), which is open every day from 9 a.m. to 9.30 p.m. Tickets can also be purchased at the venue, two hours prior to the performance. Purchases made with Mastercard® and Maestro® cards provide special benefits and discounts.