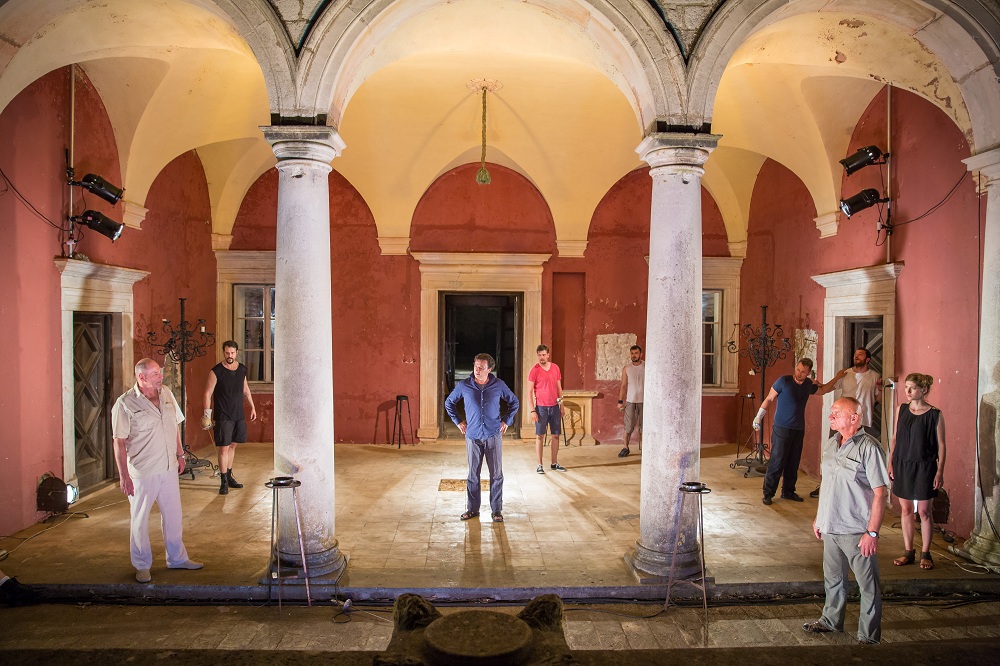 William Shakespeare’s “Romeo and Juliet“ is a timeless title by which the Festival marks Shakespeare’s 450th birth anniversary, striving to explore subjects of the value of love and the sin of hatred. This piece has been performed as part of the Dubrovnik Summer Festival twice in the past – in 1962, under the direction of Franco Zefirelli, performed by the London-based Old Vic Theatre Company, and again in 1986 under the direction of Ivica Kunčević, performed by the Festival’s Drama Ensemble, which remained part of the programme for the following three years.

The story of Romeo and Juliet is surely one of the biggest love stories ever told, along with being one of the most known tragedies, in general. It is a story of love and death, yet more so of love - the love that seeks to escape the web of hatred, only to survive in death and triumph within it.

– It seems to me that Dubrovnik is the best place in the world for a piece about love, specifically Romeo and Juliet, as the City itself is built of beauty and love, and some form of metaphysical oblivion. The same is true for Skočibuha, a symbol of beauty and oblivion. To remember love, to remember what a great sin hatred is, to live through life’s passions along with the characters to finally reach catharsis, through which we become better and grow closer to the good within ourselves. – stated Director Jagoš Marković in the event of the play’s premiere.

The play is directed by Jagoš Marković, who is also the scene designer, and chose the music, Aleksandra Glovacki adapted the text according to the translation by Josip Torbarina, costume design by Leo Kulaš, light design by Rade Stamenković. The roles of Romeo and Juliet have been taken on by Robert Budak and Kristina Stevović, respectively, Romeo’s father Montecchi is played by Žarko Savić, his wife Mrs. Montechi by Jelena Perčin, Juliet’s father Capuleti is played by Siniša Popović, Nataša Janjić Lokas took on the role of his spouse, Mrs. Capuleti, while Juliet’s nanny is played by Neva Rošić, the Veronese prince by Boris Svrtan, Paris by Dado Čosić, Mercuzion by Amar Bukvić, Benvolio by Ivan Glowatzky, Tebaldo by Stefan Kapičić, the friar by Goran Grgić, Baltazar by Andrej Dojkić, Samson by Robert Bošković, Abram by Matko Knešaurek and the servant by Nikola Sekulo.

Foreign visitors will be able to enjoy “Romeo and Juliet” as part of the 65th Festival’s programme thanks to English subtitles, which can be followed on their own or borrowed tablets or smart phones, which will be available on location. This application entitled Vip script, developed by Vipnet in collaboration with the UX Passion Agency, premiered at last year’s 64th Festival.

Following the premiere on 25th July, three more performances are scheduled for the 26th, 27th and 28th of July with a start at 9.30 p.m. in the Skočibuha Summer Residence.