Slovenian “Celebration” is a moving yet poignant tribute at Lazareti 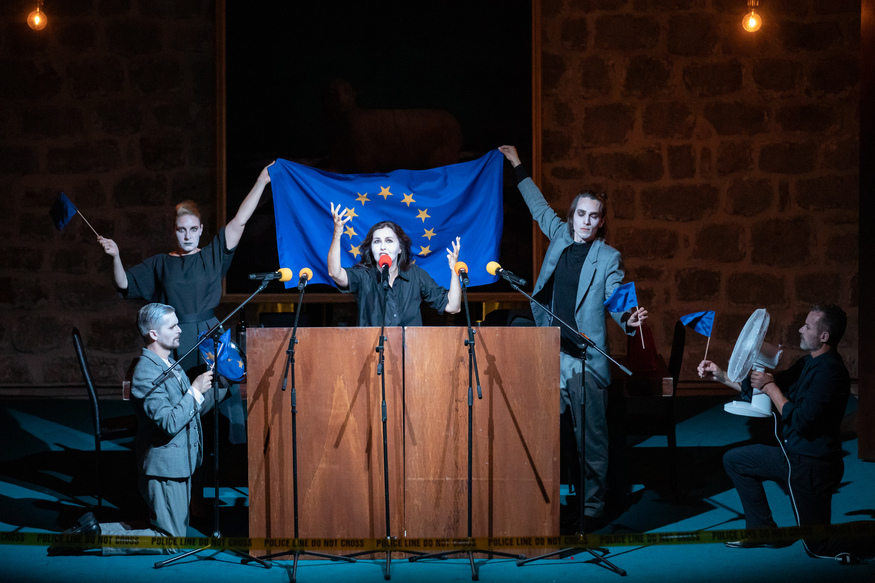 The second play produced as part of the Port of Dreamers EU project, the Slovenian play Celebration, which is an SNT Maribor prodution based on an Ivor Martinić text and directed by Jan Krmelj, was performed last night, 18 July, and is on again for the final time this Festival season tonight, 19 July, at 9.30pm also at Lazareti. The play is in Slovenian, with Croatian subtitles. 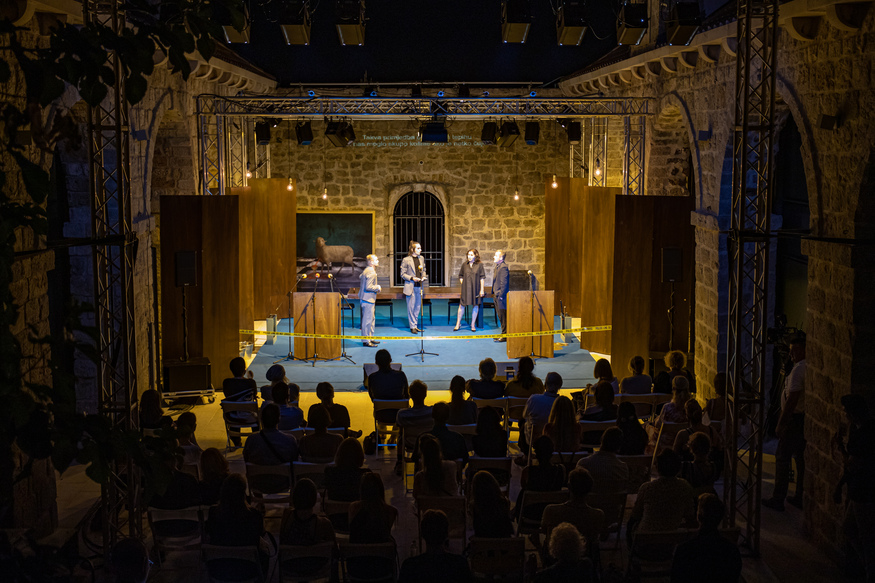 Celebration deals with the still burning issue of migrants and refugees. The skilfully crafted diptych narrative confronts politics and real human tragedies, the vague bureaucratic jargon and an intimate first-hand account. The cuttingly sharp and farcical humour (which actually lays bare the ugly truth, hypocrisy and corruption underneath the surface) of the play’s first part – in which a prominent Slovenian politician in the European Parliament is planning a face-saving charity celebration after recklessly using the loaded syntagm “final solution” in reference to the refugee crisis – elicited uproarious laughter from the Festival audience. Then, however, a deep and solemn silence ensued as the tone shifted with the actors, not unlike the chorus of classical Greek tragedies, told the true life story of Navid Fadaee Nazer, an Iranian political refugee who travelled the gruelling migrant route over Turkey, Greece, Macedonia, Serbia and Croatia to Slovenia back in 2015, two weeks before the borders closed. The complexity of the compellingly clever narrative subsumes also themes such as the pandemic, which has effectively superseded migrant issues in the public eye and the news cycle, and also political correctness, corruption and duplicity in a wider sense, then touching subtly on linguistics and aesthetics but, perhaps most strikingly, on the emotions of all those involved in the discourse of migrations, as emotions such as fear influence directly the opinions and actions of all  individuals on a personal level. Long applause and ovations were bestowed onto the brilliant cast and Navid himself who joined them for a final bow to the deeply moved audience. 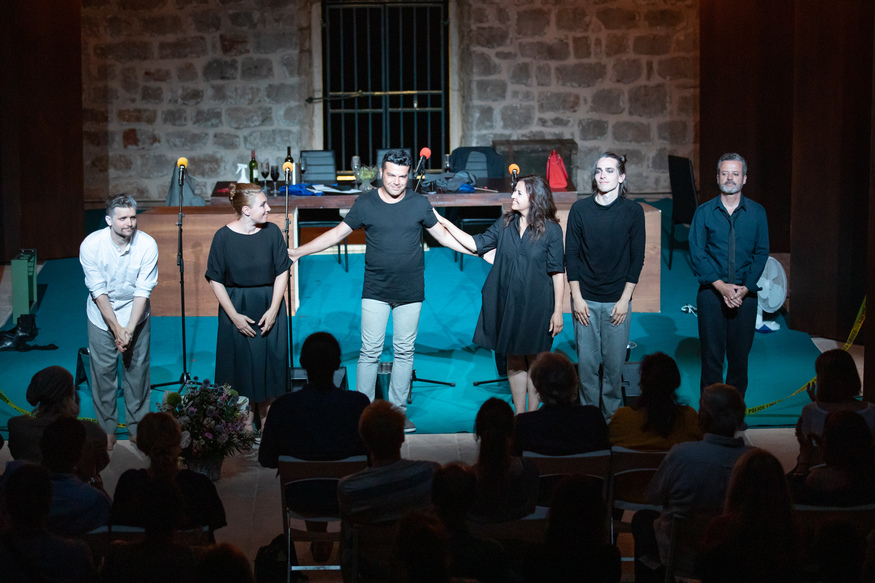 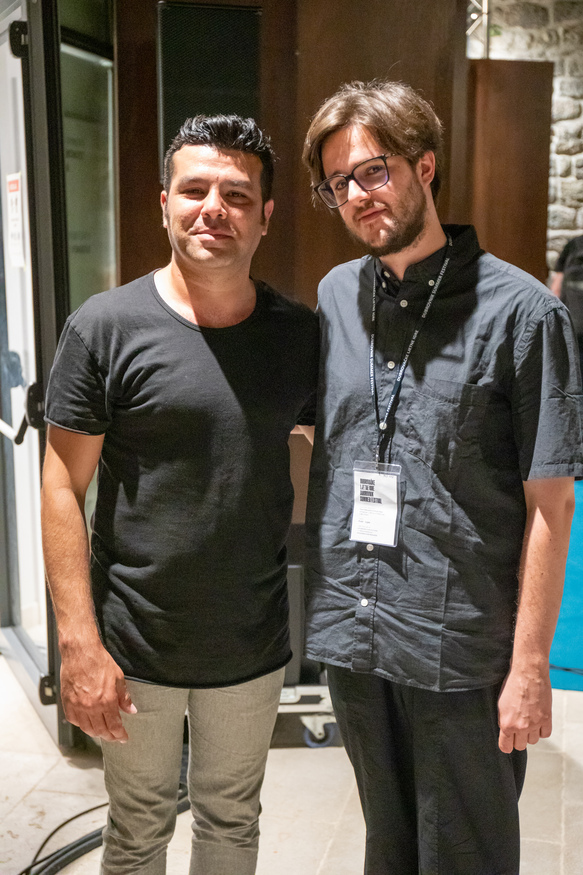 The last play created within the Port of Dreamers project to be performed at the 72nd Festival is Under the Same Roof by Kulturanova Association and Novi Sad Újvidéki Színház Theatre on 29 and 30 July. Port of Dreamers project within which these two plays and the earlier premiered “Besides Oneself” were produced is co-funded by the Creative Europe Programme – Culture Sub-programme of the European Union.