The Linđo Folklore Ensemble continues their tradition of performing at the Dubrovnik Summer Festival and, on the Festival’s 70th birthday, with four performances the first of which was last night Wednesday, 24 July. Linđo was joined by KUD Jedinstvo, the esteemed folklore ensemble from Split. Jedinstvo are celebrating this year as well – 2019 marks one hundred years since their ensemble was founded. The two folklore ensembles delighted the sizeable audience on the beautiful Revelin fort terrace.

Founded in 1964, the Folklore ensemble Linđo was named after the popular and well-loved folk dance of the Dubrovnik Littoral, Župa and Konavle regions. The Linđo kolo, or circle dance, is on the official list of Croatia’s Intangible Cultural Heritages, among such treasures as the festivity of Saint Blaise and traditional Konavle embroidery. Besides many guest performances all over the world through which invaluable promotion of both Croatia and Dubrovnik has been brought about, Linđo have been a key part of the Dubrovnik Summer Festival since 1967. This year Linđo will be giving four performances at the Festival – 24 July, 3 August, 7 August and 13 August – with the first one having hosted the Split Folklore ensemble Jedinstvo. The Jedinstvo ensemble was founded in 1919 and they are not only one of the oldest Croatian folk ensembles but also one of the most lauded ones. In the 1950s the current folk section was founded within the eponymous wider culture and arts society. They have taken their masterful performances around the world – as guest performers they were invited on stages all over Europe, North America, Australia, Africa and Asia. Their decades-long hard work has been rewarded and recognized numerous times on leading international folk festivals. Jedinstvo has on their repertoire 11 choreographies by top Croatian folklore experts which they perform in traditional dress and accompanied also by traditional folk instruments mandolins and tambouras. Their diverse choreographies include various dance styles found throughout Croatia. 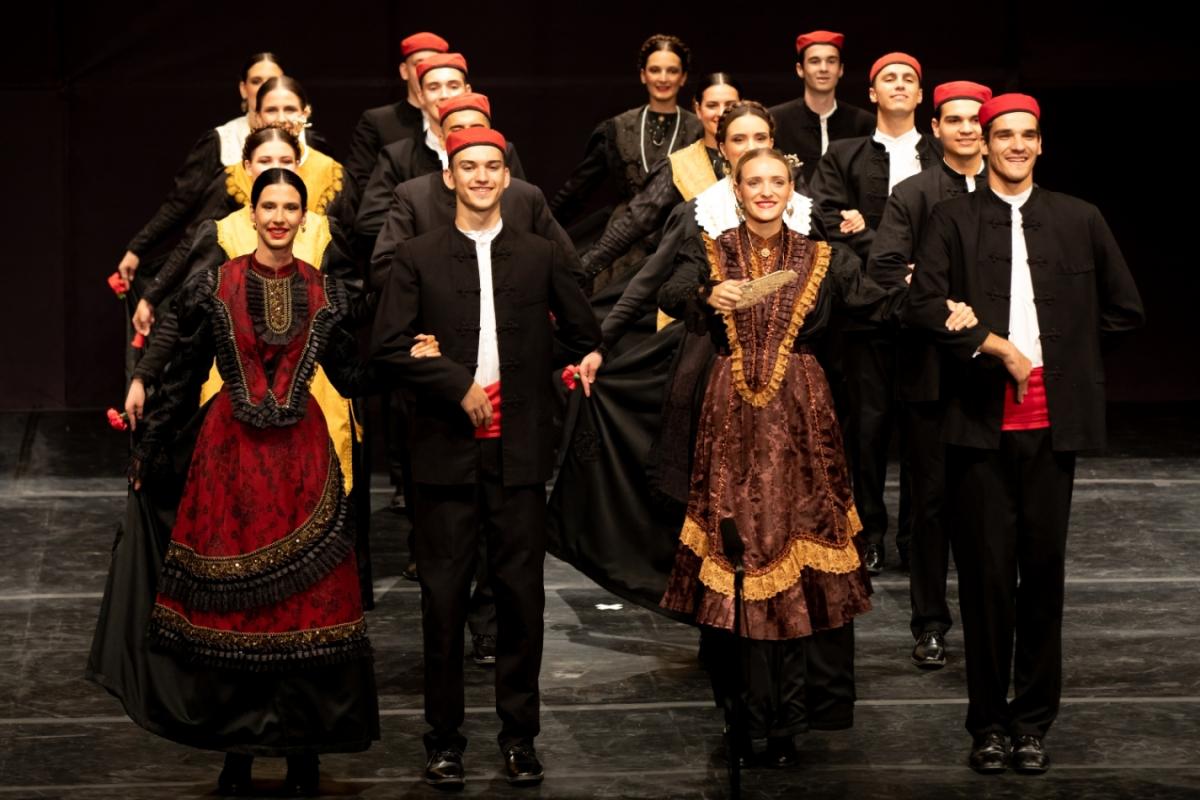 Their performance last evening captivated the audience to whom they introduced themselves with the the Historic dances of Split, the Songs and dances of Međimurje and the Vrlika circle dance. Meanwhile, Linđo performed, of course, their eponymous staple Linđo dance along with one of the most popular choreographies from Croatia’s extraordinarily rich folklore heritage – the traditional Podravian wedding, as choreographed by Ivan Ivančan, the premier performance of which Linđo gave at the Festival last year.

Tickets for all Linđo performances at the 70th Festival are available for purchase at the Dubrovnik Summer Festival website www.dubrovnik-festival.hr or via www.ulaznice.hr ticketing service and at the box office of the Festival Palace (Od Sigurate 1) every day from 9am to 9.30pm. All residents of Dubrovnik-neretva county are offered a 30% discount on all tickets. Purchases made with Mastercard® and Maestro® cards receive a 10% discount while all purchases and orders over 500 kuna receive a 30% discount voucher for Festival souvenirs.