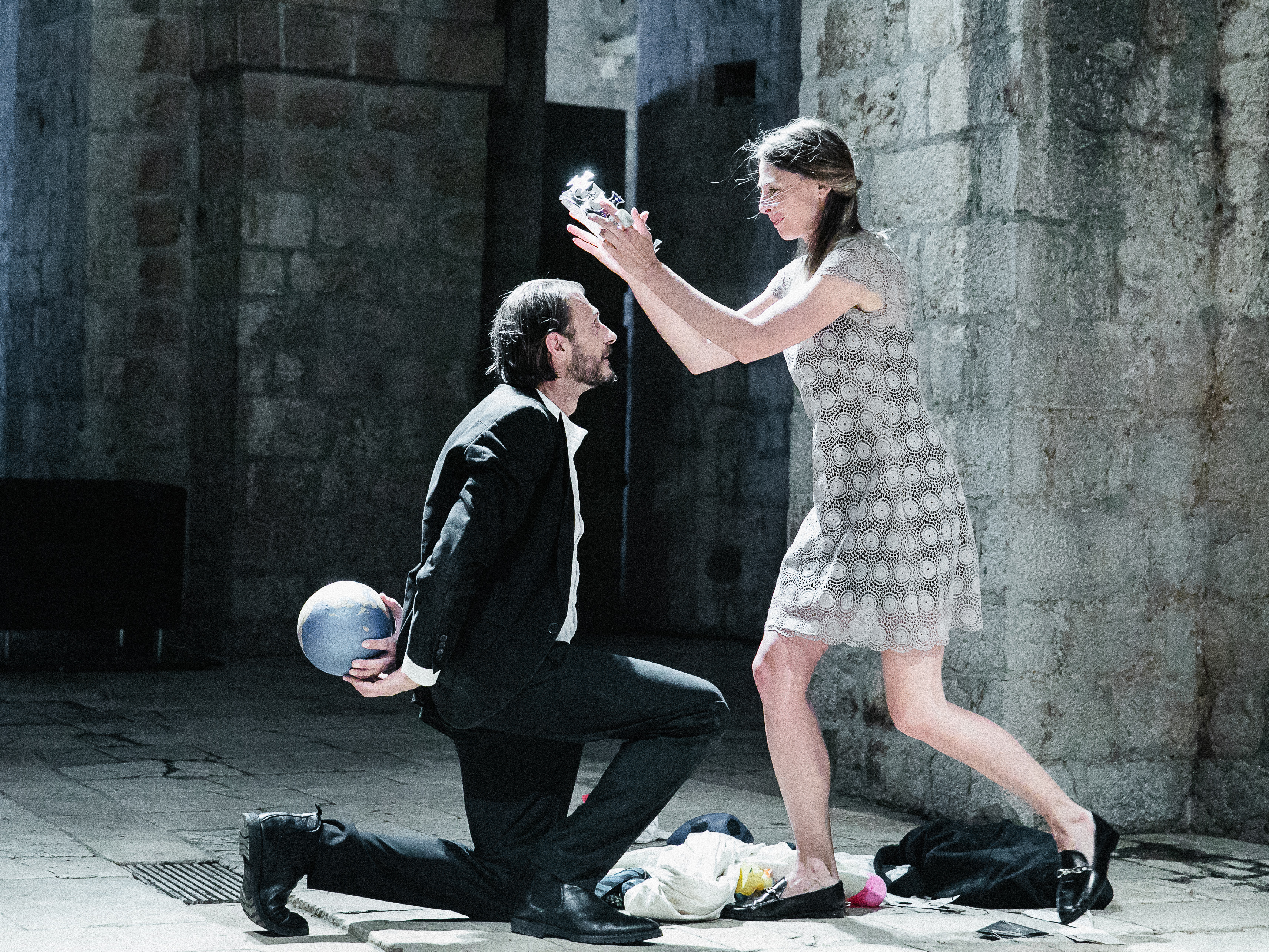 The first premiere title of this Festival season, Shakespeare’s Hamlet as directed by Paolo Magelli and performed by the Festival Drama Ensemble, was put on last night, 27 July, on the Lovrjenac fort. The outstanding cast led by the first-ever Hamlet from Dubrovnik, Frano Mašković, and the breath-taking Lovrjenac as Elsinore more than justified the high expectations. The play attracted people from all over the region and many Croatian dignitaries attended the premiere, including Prime Minister Andrej Plenković and Minister of Culture Nina Obuljen Koržinek. 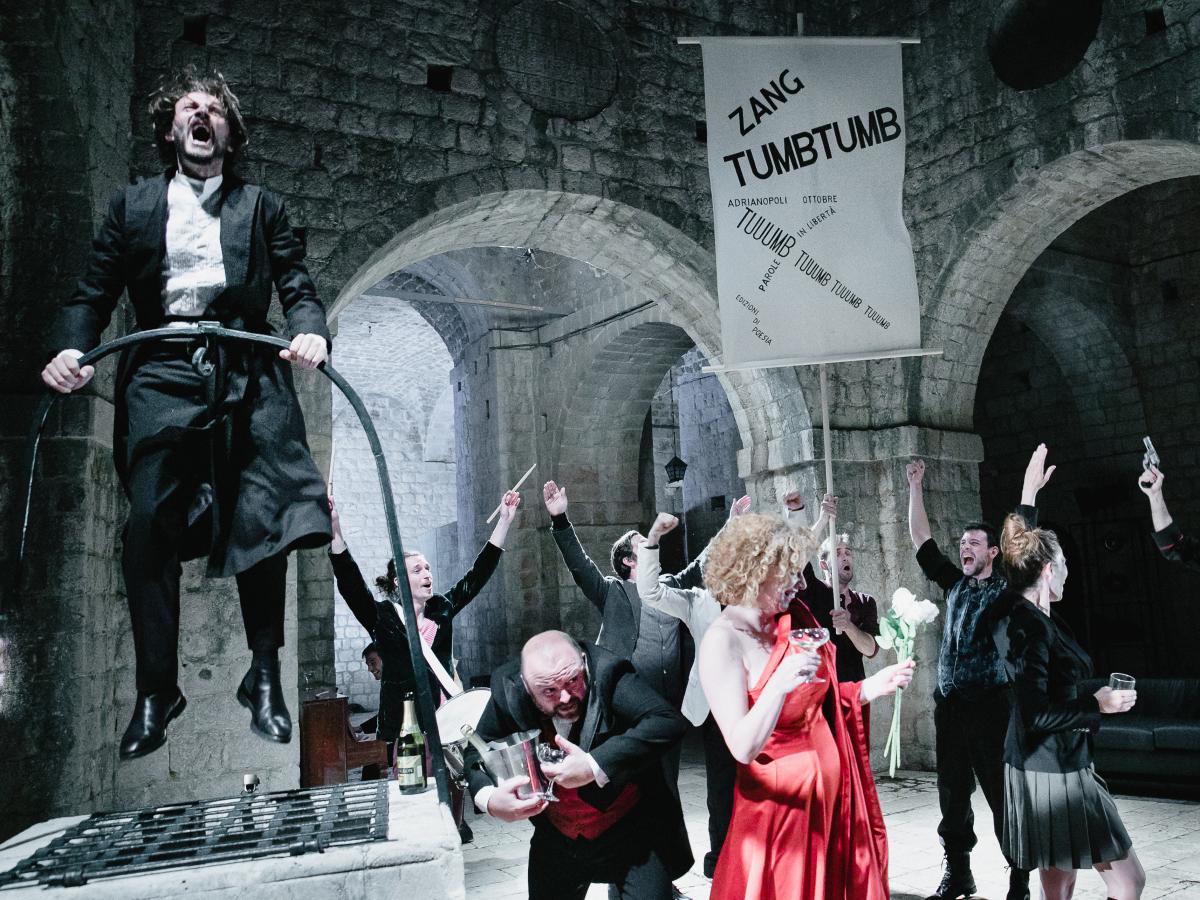 In the adaptation by the dramaturge Željka Udovičić Pleština, Hamlet is our contemporary, an intellectual who has the power to reform his state but instead does nothing. The Hamlet of the 70th Festival is a grim reminder that there are no more intellectuals who can be the society’s conscience, a warning that Europe has become an intellectual wasteland. The thematic relevance, along with the magnificent performance and setting, awed the Festival audience. The eagerly awaited premiere met, even surpassed, all expectations which was evidenced by the thunderous applause and ovations, the Ensemble taking a bow five times. 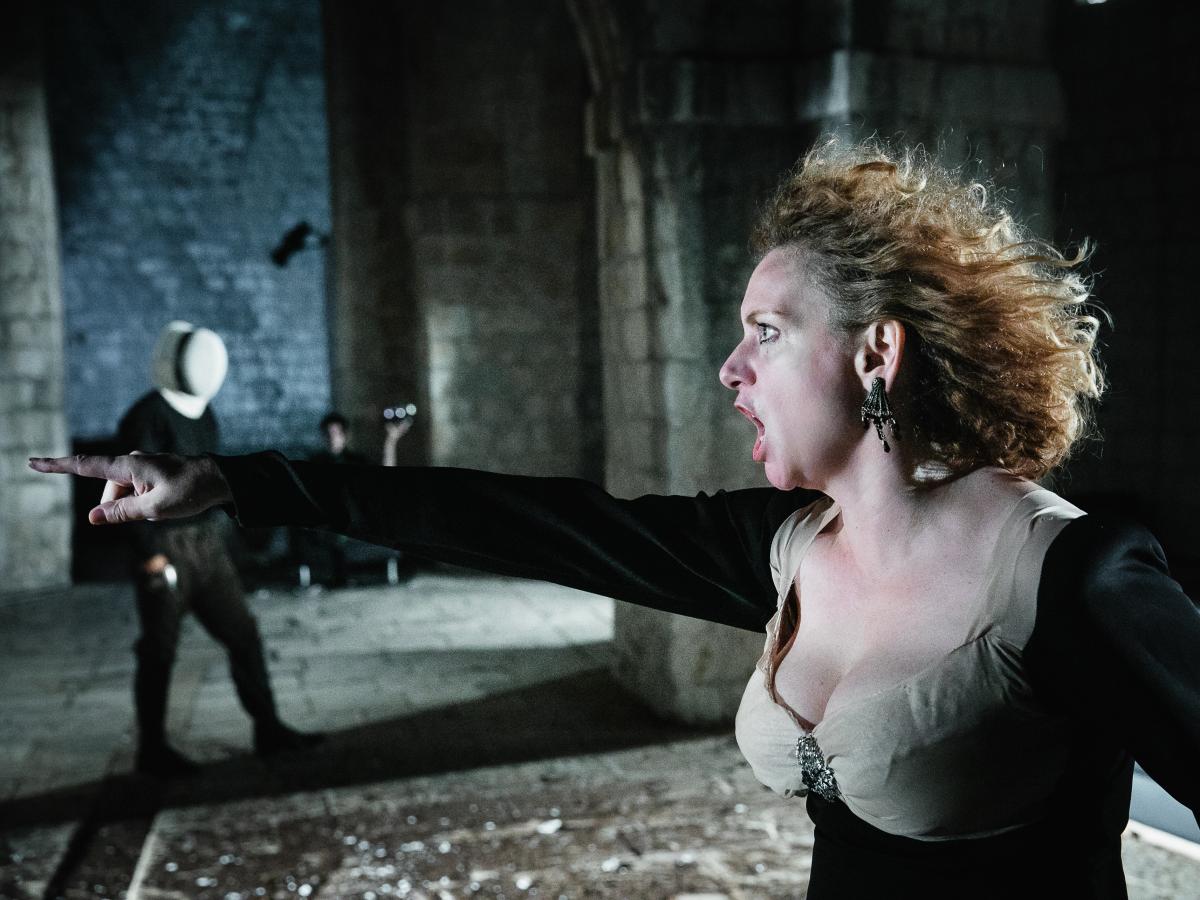 Paolo Magelli directed some of the central Festival productions: the Phoenetian Women on Lovrjenac to which he now returns with Hamlet, Držić’s Uncle Maroye, Grižula and countless others. He made his directing debut at the 1974 Festival – its silver jubilee – with Mandragola and now, 45 years later, he returns on the Festival’s 70th anniversary, returns to Lovrjenac, to direct a title he had been refusing to tackle for a long time. Magelli stated that he worked hard on the play, to his very limits, but with utmost love; adding that it was truly a joy to collaborate with such an amazing ensemble and that the play turned out exactly as he had wanted it, as all that he’d imagined it being.

Frano Mašković in the role of Hamlet was joined by Milan Pleština as the king, Nikša Butijer as Polonius, Ermin Bravo as Horatio, Ivan Colarić as Laertes, Enes Vejzović and Pjer Meničanin played Rosencrantz and Guildenstern, while Ranko Zidarić played Fortinbras. Nina Violić was Gertrude and Anđela Ramljak Ophelia. The brilliant cast also included, as actors, soldiers and gravediggers: Hrvojka Begović, Domagoj Janković, Matija Čigir, Bernard Tomić, Karlo Mrkša and Pavle Vrkljan. Hamlet’s father was voiced by Miše Martinović. The adaptation and dramaturgy based on the Vladimir Gerić translation of Shakespeare was done by Željka Udovičić Pleština, while set design was done by Lorenzo Banci, costumes by Leo Kulaš, music by Ljupče Konstantinov, video production by Ivan Marušić Klif and lighting design by Aleksandar Čavlek and Marko Mijatović. Lovro Buva taught the actors swordsmanship. Assistants to the creative team are Tamara Damjanović, Ana Fucijaš and Miran Brautović, while Roko Grbin is in charge of stage management. 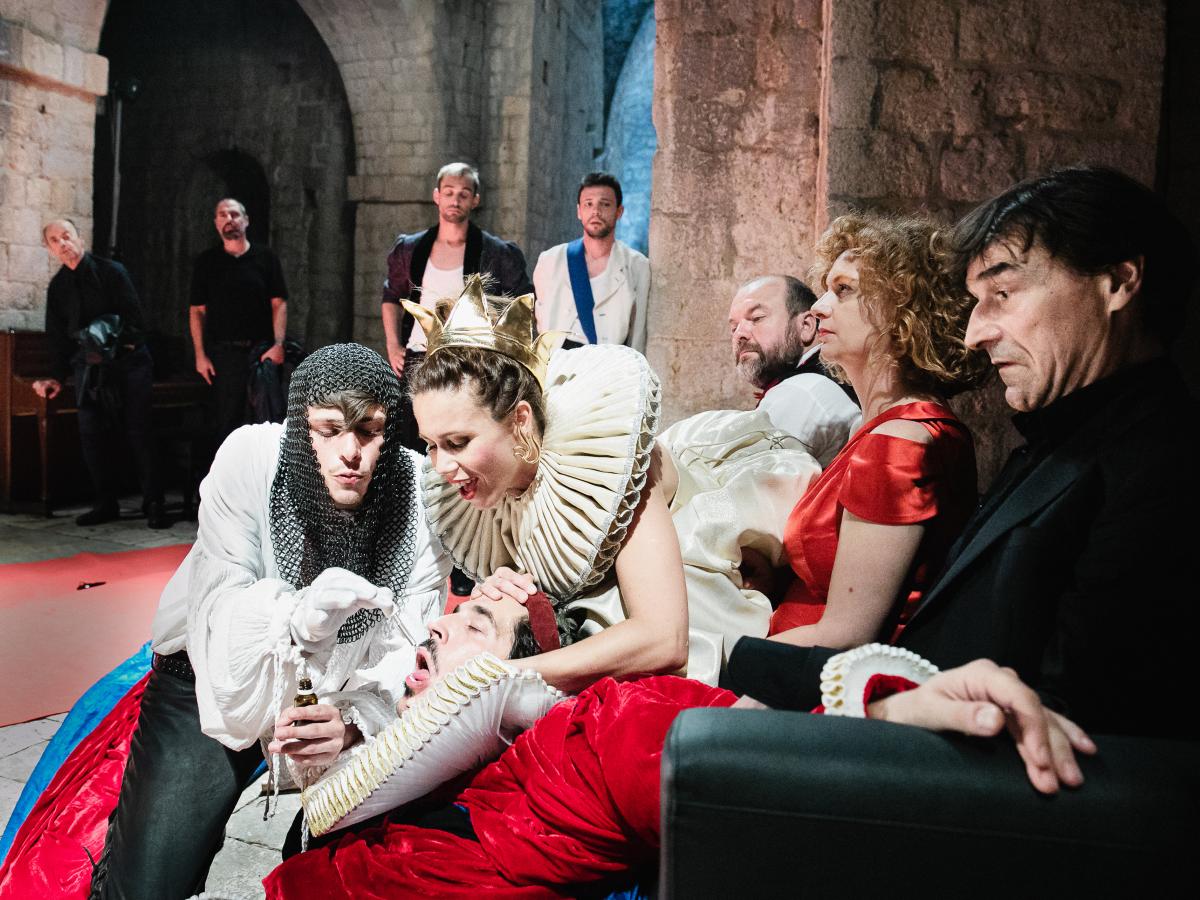 Hamlet returns to Lovrjenac after almost ten years when it was last performed on the Festival stage and, notably, it is a City Myth illustrative of this years’ Festival tag-line, a myth both physical and metaphysical. This year Lovrjenac will see its thirteenth Hamlet, which was first put on there in 1952, at the third-ever Dubrovnik Summer Festival season, then directed by Marko Fotez and Hamlet played by Veljko Maričić. Many productions of Hamlet followed over the decades, with legendary directors and actors both – Lovrjenac became Elsinore for, among others, the directors Denis Carrey, Dino Radojević, Toby Robertson, Mladen Škiljan, Jiří Menzel, Christopher Fettes, Richard Eyre, Joško Juvančić and Ivica Kunčević, while the actors playing the tragic Danish prince include Rade Šerbedžija, Derek Jacobi, Lazar Ristovski, Daniel Day-Lewis and Goran Višnjić.

Hamlet is on the Festival's theatre programme until 31 July. All performances are sold out. The production is sponsored by HEP, and Tekstilpromet who are also celebrating their 70th anniversary this year.