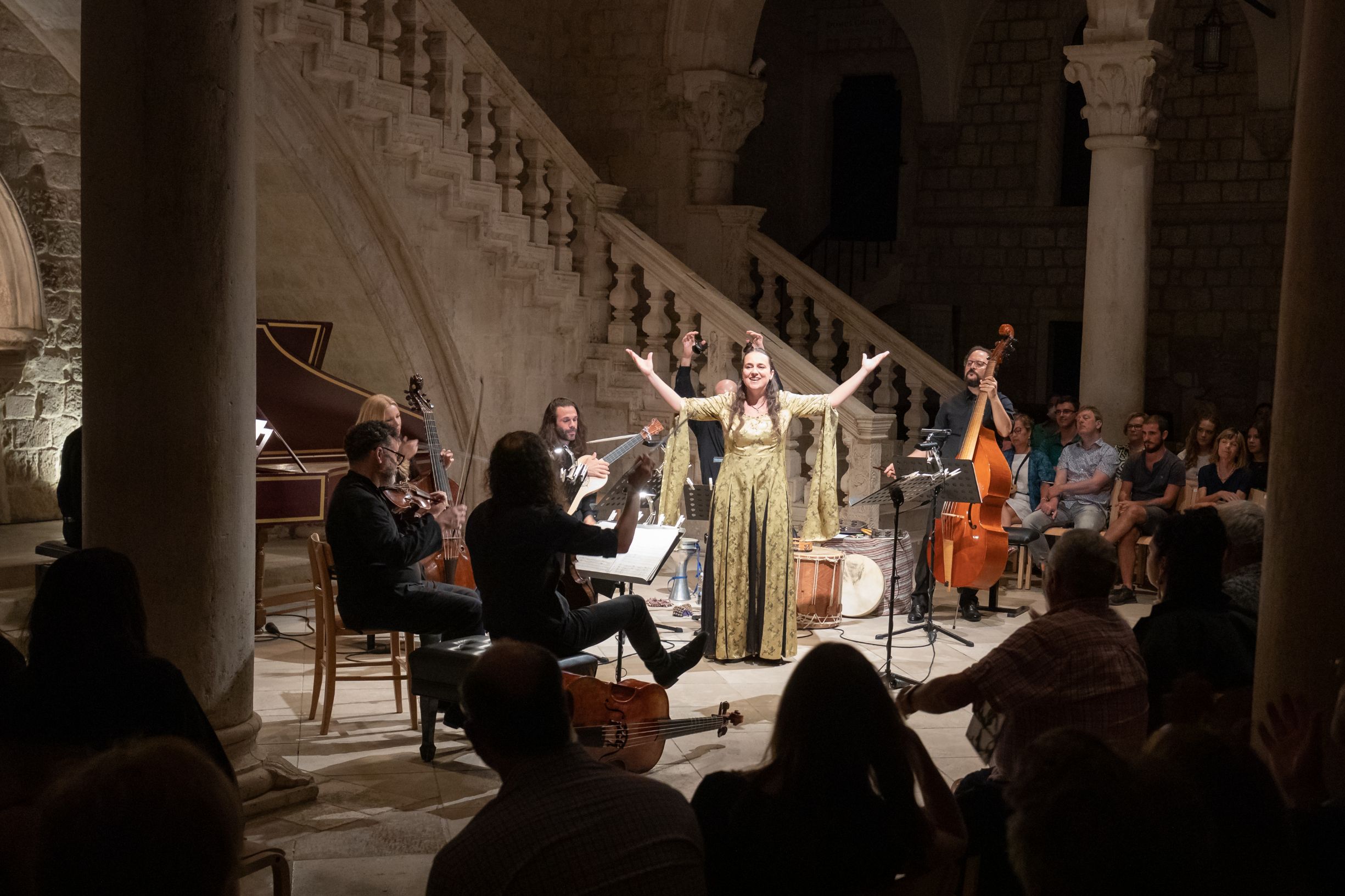 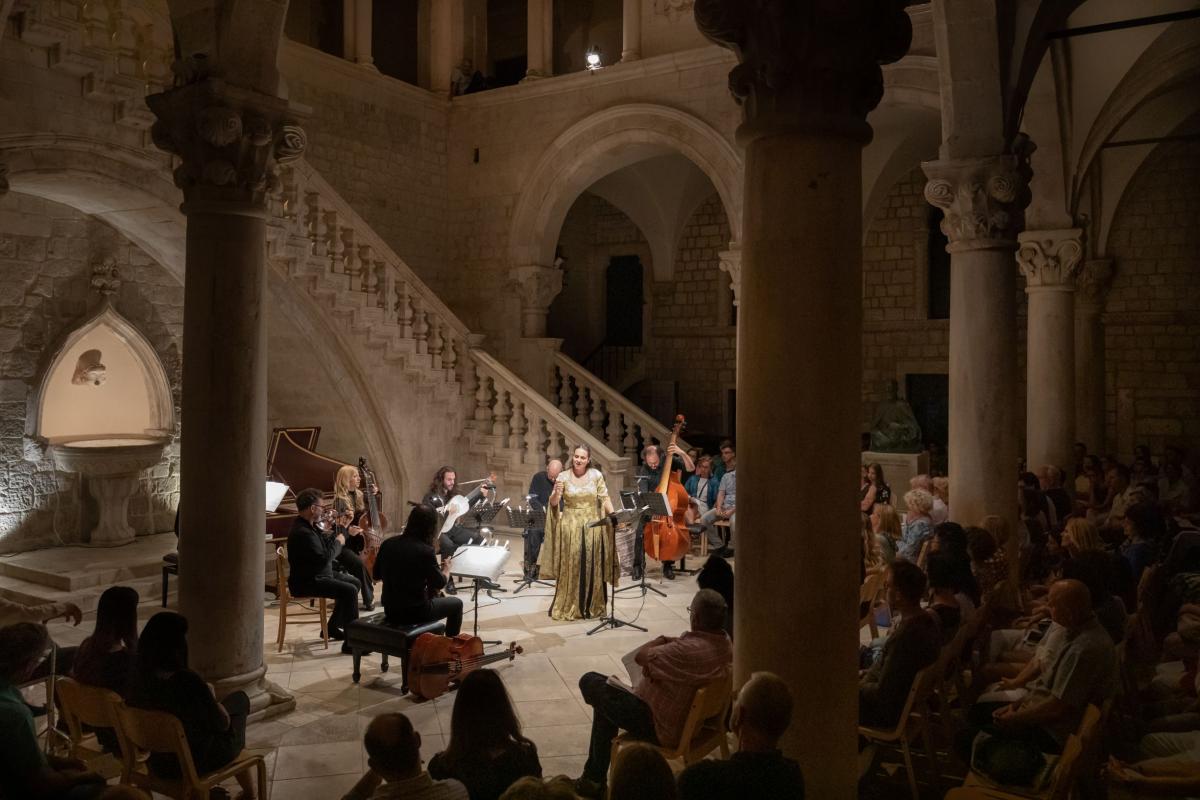 The musical story told through the programme, which also brought artists the prestigious Opus Klassik in 2020, was opened by Pavana by the Spanish composer Francisco Guerau, which was followed by wholehearted applause and delighted shouts of “Bravo!” for Barbara Strozzi's Che si può fare, Quantos teméis al rigor from the zarzuela Las nuevas armas de Amor and Sosieguen, descansen from the zarzuela Salir el Amor del Mundo (the piece from which the name of the programme itself originates) by one of the most important Spanish composers of his time, Sebastián Durón, Pastorella che tra le selve by Giovanni Bononcini, madrigal Si dolce il tormento by the great Claudio Monteverdi, two compositions by José de Nebra Adiós, prenda de mi amor from the opera Amor aumenta el valor and Tempestad Grande, amigo from the zarzuela Vendado es amor, no es ciego, and for the artistic director, creator of not only the programme concept but of the Accademia del Piacere ensemble itself, Fahmi Alqhai who presented his improvisation Xácaras & Folías and arrangement of Marionas & Canarios. Alqhai, a Sevillian of Syrian-Palestinian roots, has established himself as one of the leading interpreters of early music by saving forgotten repertoires from the rot of time and updating the interpretation of historical music whose programming was mostly limited to German, English or Italian authors, as well as a virtuoso who brings freshness to early music through a truly unique genre mixing. The audience was especially delighted by the soprano Nuria Rial, one of the most prized voices on the baroque and classical scene today, with her natural but refined presence and the perfect combination of emotion, liveliness, vocal agility and refined phrasing, even more emphasized in the excellent acoustics of the Palace. The technical brilliance and expressiveness of Leonardo Rossi on the baroque violin, Rami Alqhai on the violone, Johanna Rose on the viola da gamba, Miguel Rincón on the baroque guitar, harpsichordist Alejandro Casalo and percussionist Daniel Garay, all members of the Accademia del Piacere ensemble, were peerless accompaniment to Rial, which convinced the festival audience that early music is very much alive and full of emotion. The evening ended on a high note of a musical addition, La noche tenebrosa by Juan Hidalgo, one of the central figures of the Spanish court of that time and, according to many, the father of Spanish opera and zarzuela. 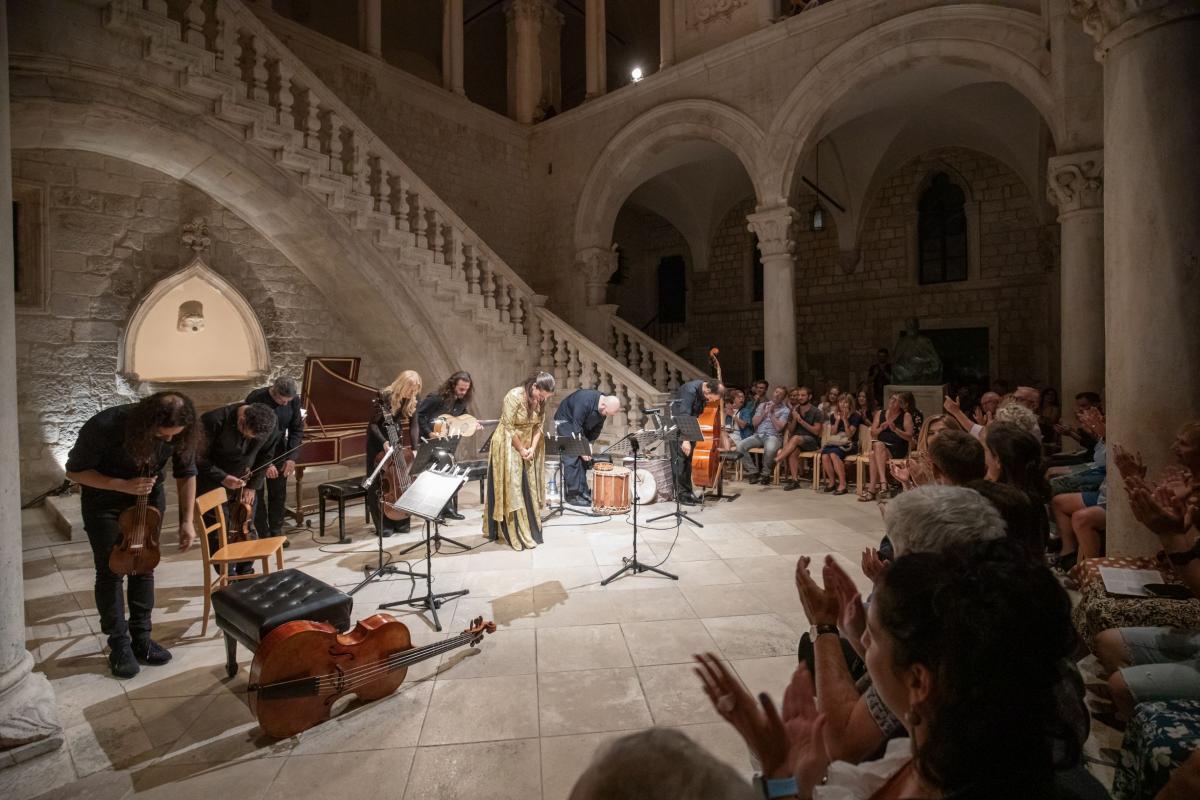 The music programme of the 73rd Festival continues with a concert by the Dubrovnik Symphony Orchestra Chamber Ensemble conducted by maestro Ivan Hut, who will be joined by the young soloists Franjo Bilić on the harpsichord and Lovro Merčep on the saxophone in an evening dedicated to Croatian music at the Rector’s Palace.