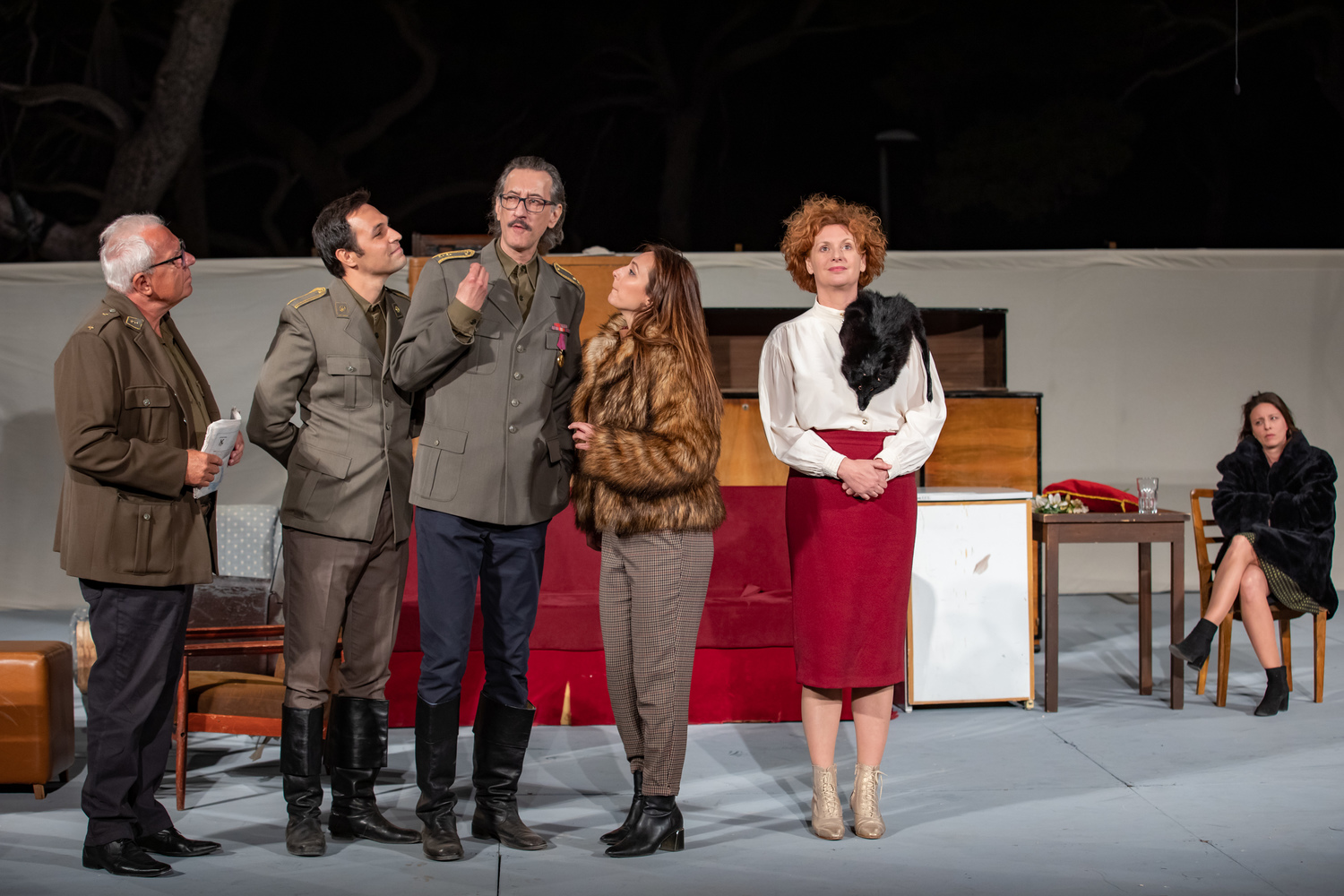 Three sisters, a project by Bobo Jelčić based on Chekhov and performed by the Croatian National Theatre of Zagreb was performed last night, July 13, despite the strong wind, sponsored by Tele2, in the Gradac park. The show is on the program of the 71st Festival also tonight, July 14, starting at 21:30h, and tickets are sold out. 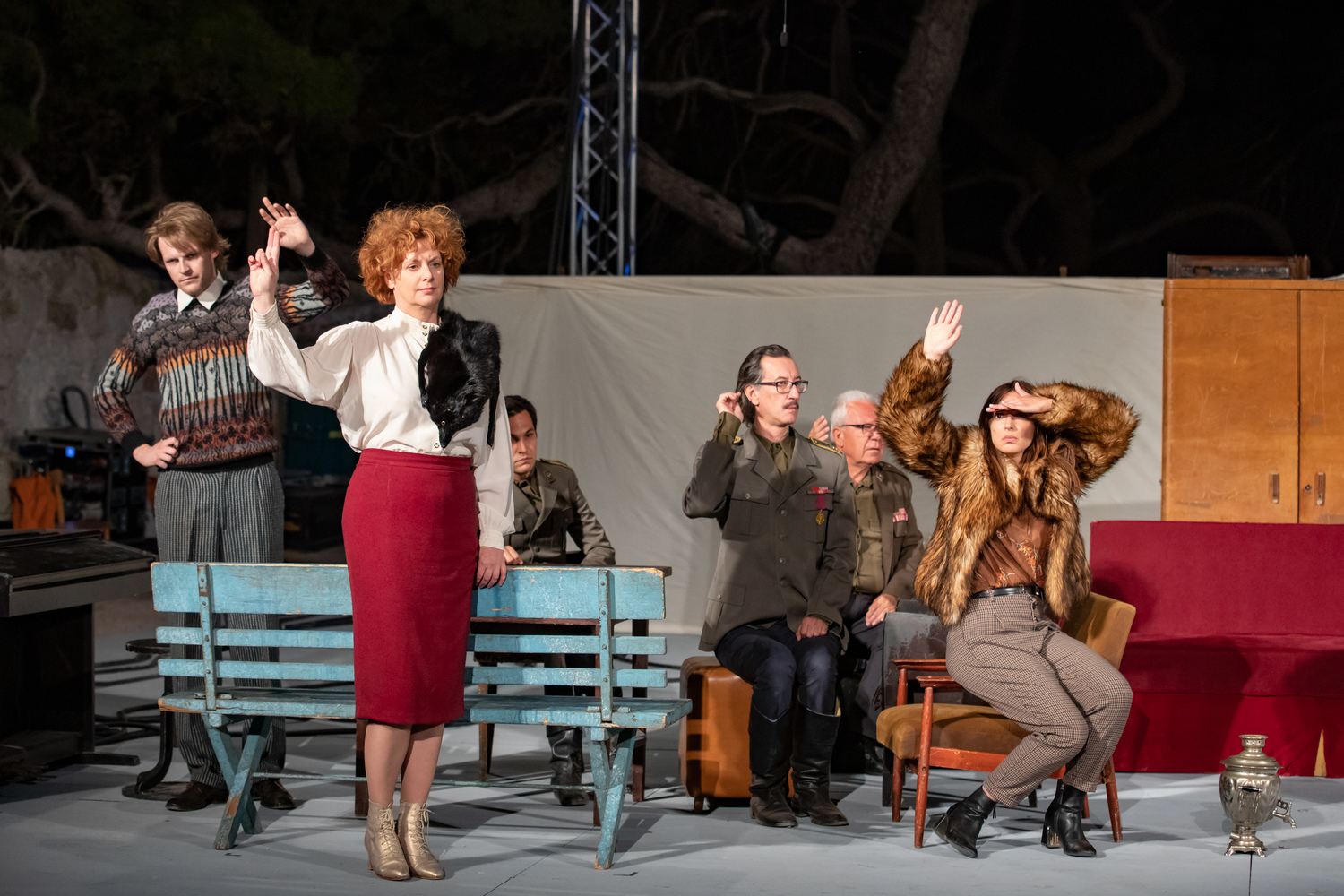 The festival audience enjoyed the first drama program of this year's 71st Dubrovnik Summer Festival and the top acting performance of the great ensemble of the Croatian National Theater in Zagreb, led by Nina Violić as Olga, Jadranka Đokić as Maša and Irina played by Iva Jerković. 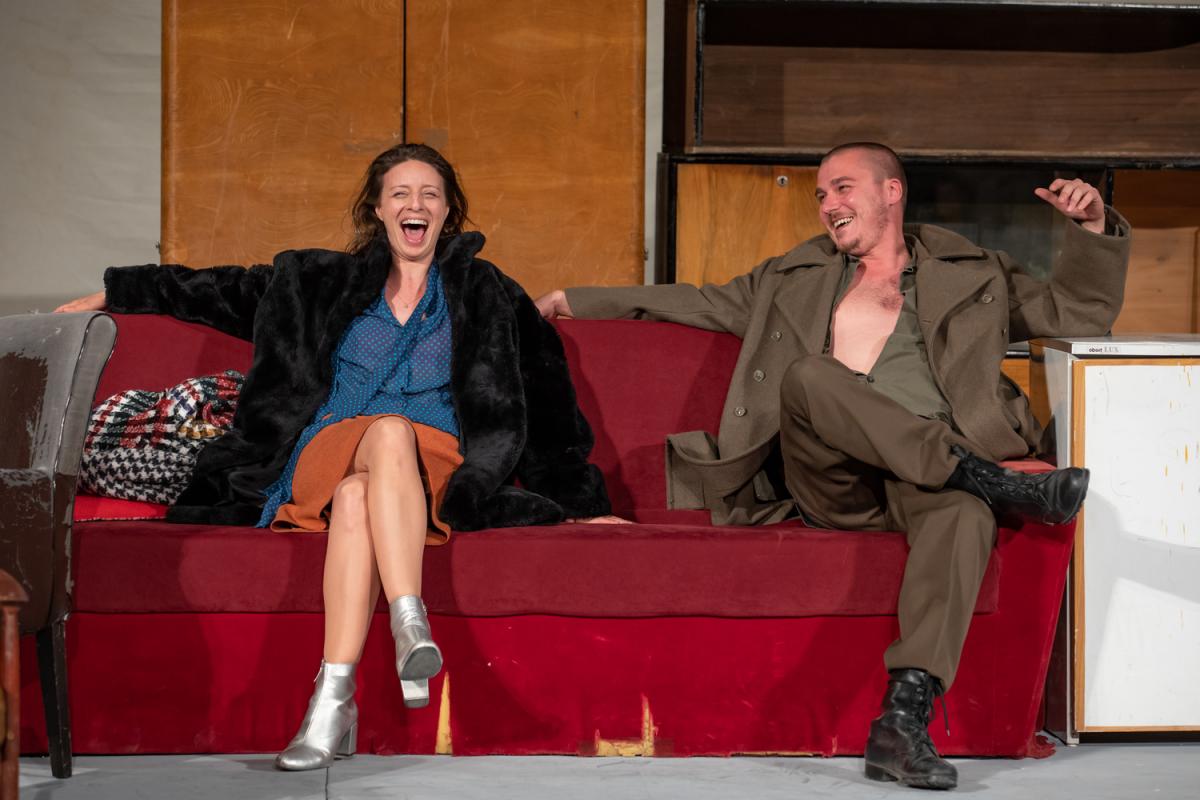 In Bobo Jelčić’s new project, Chekhov’s famous play Three Sisters becomes the starting point from which the director and actors explore not only the destinies of dramatic characters. The project re-examines and erases boundaries of theatrical art, opens the so far exclusive theatrical processes to the public, explores how the characters and motifs from Chekhov’s time relate to ours and how they communicate with the audience. To avoid limiting this process only to the segment of the performance, concrete steps are taken towards erasing established theatrical boundaries, opening up to the audience, and questioning the content that is usually considered self-evident in theatre. Chekhov and his famous work are used here as a mirror of all of us, which multiplies through actions of actors and audience, thus creating a complex form of mutual relations which always correspond to the present moment. It is therefore not surprising that the actors coped well last night in unfavorable weather conditions in park Gradac and improvised the play, so instead of two parts with a break, they performed it in one shortened part so that the audience would not be deprived. 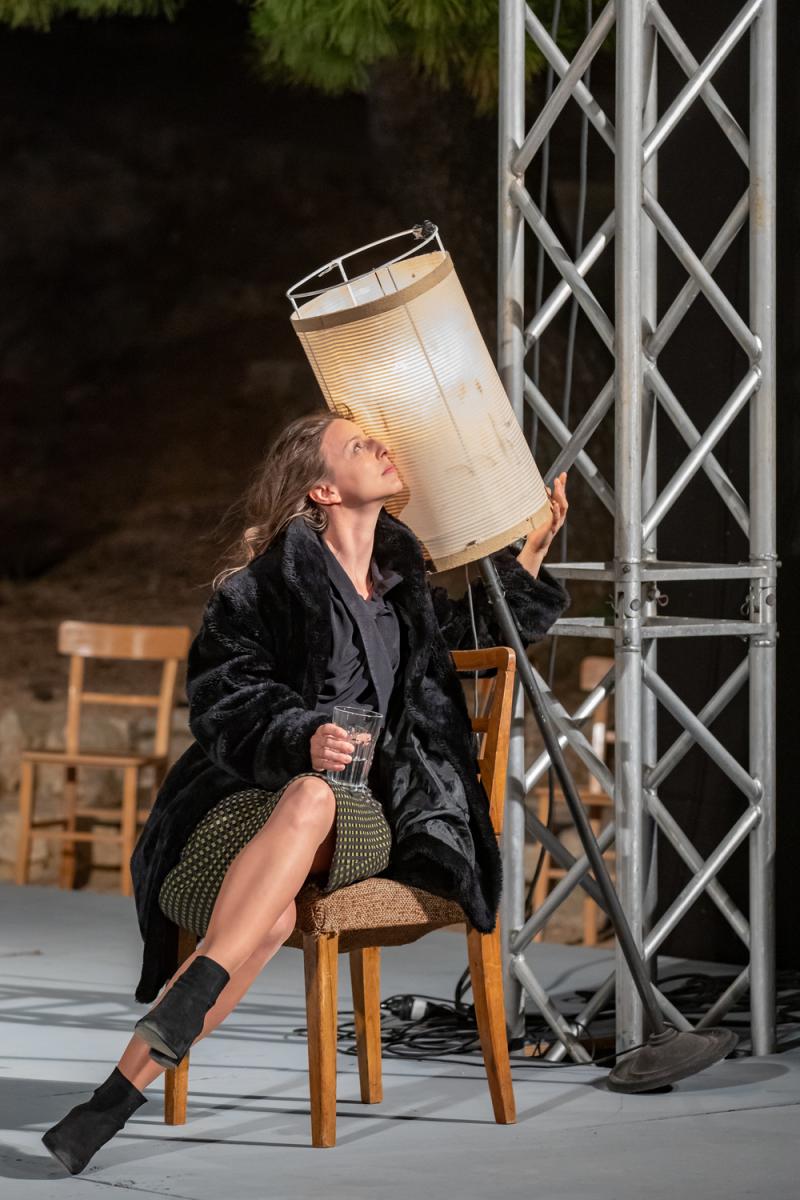 In the continuation of the drama program of the 71st Festival this weekend, July 18 and 19, it is dedicated to children's plays "Home Dwellers" by Ana Marija Veselčić and "Goga the Millipede" by Andrijana Grgičević produced by the City Puppet Theater Split, while Monday and Tuesday, 20 and 21 July, bring the premiere performances of the project by Saša Božić "Mara and Kata" performed by Nataša Dangubić and Doris Šarić Kukuljica. 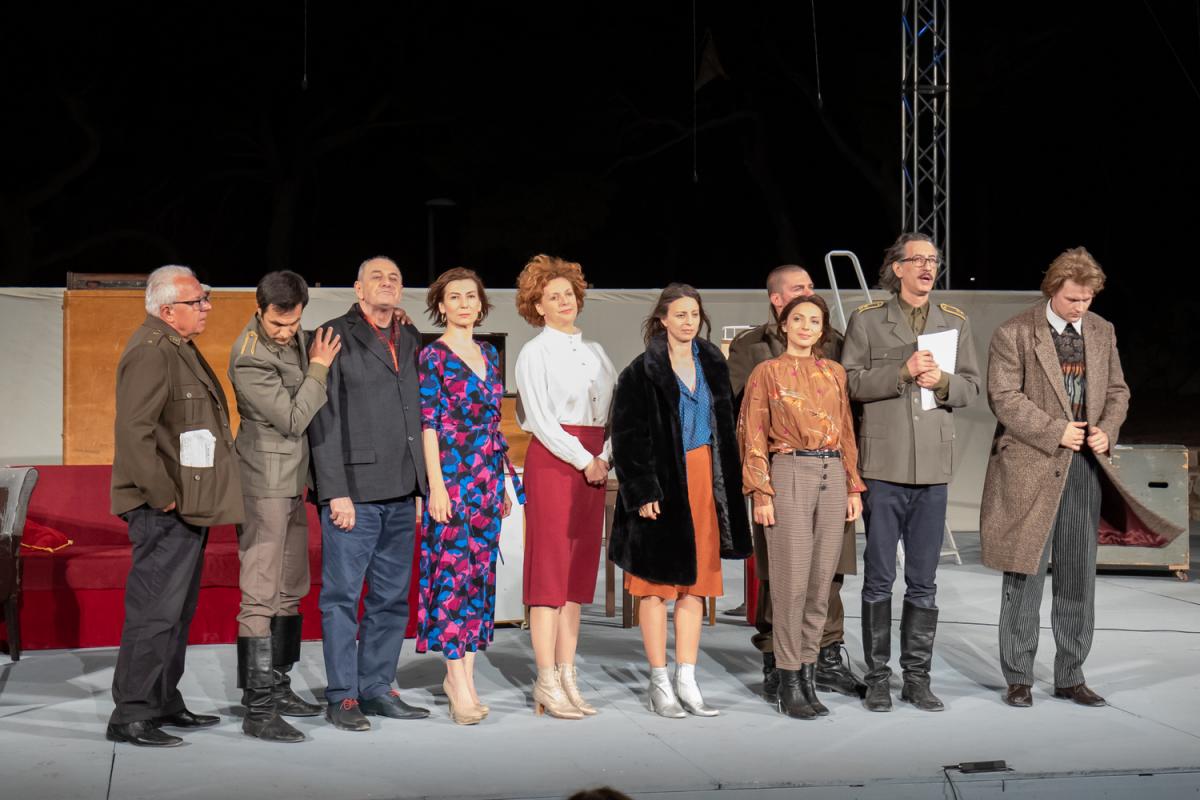 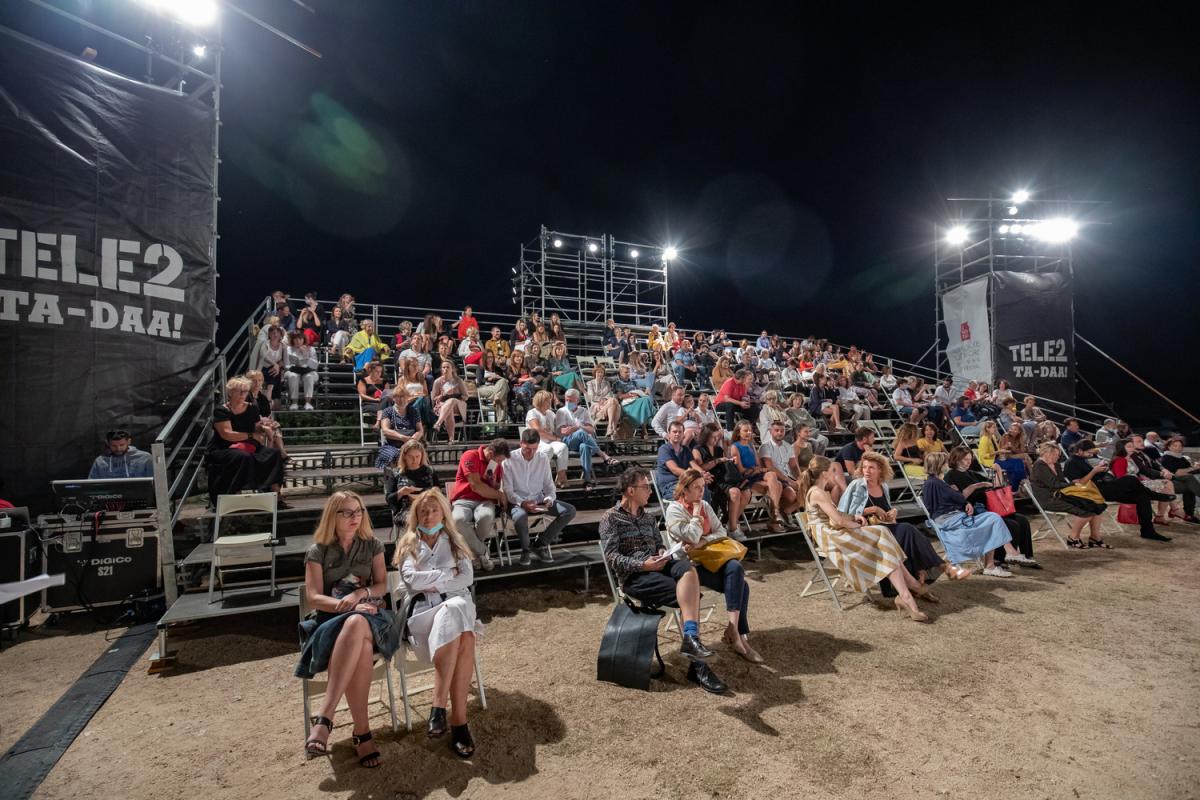