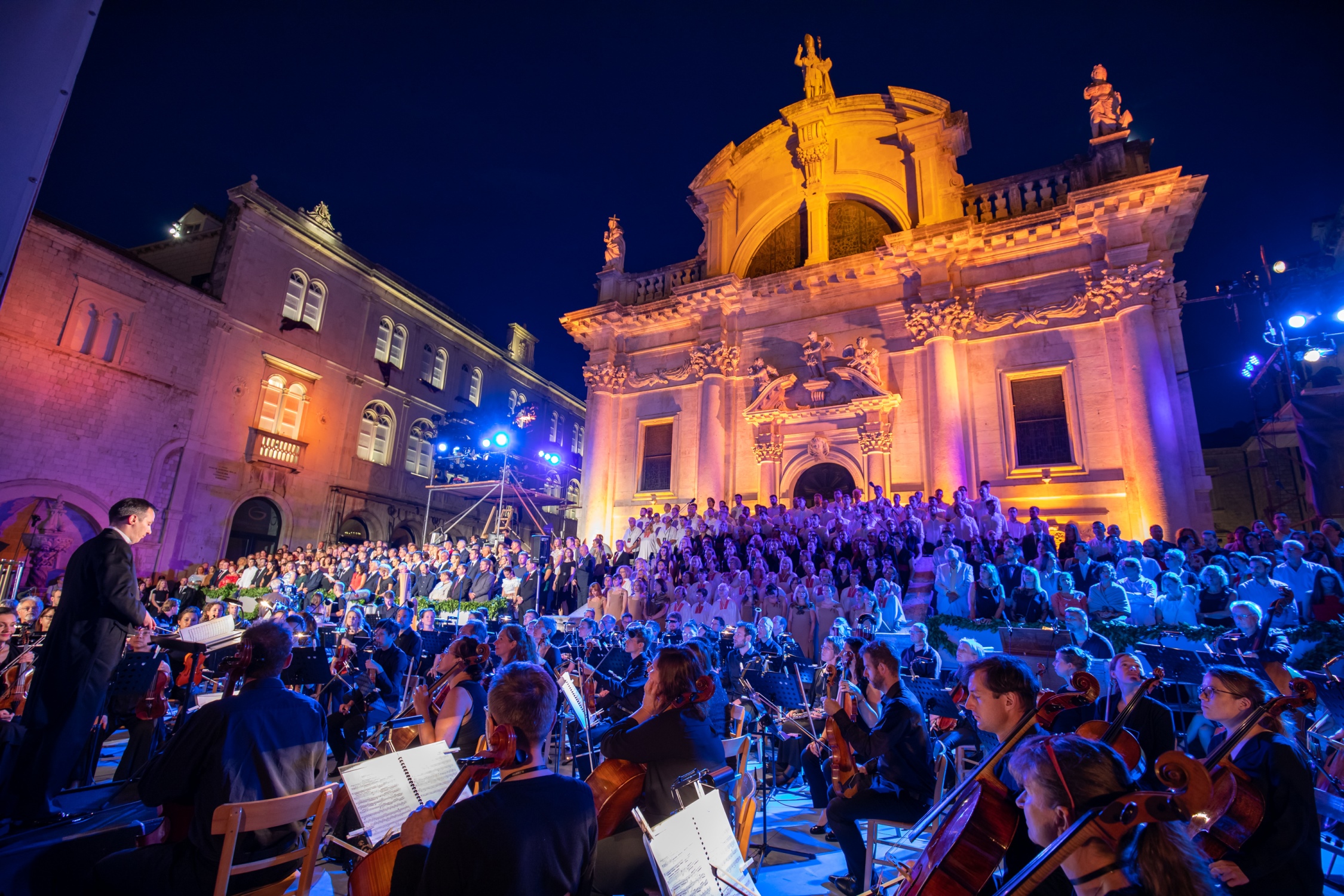 Due to great interest from the public, the Dubrovnik Summer Festival’s Sales Office has started accepting reservations for the programmes of the 72nd edition of the Festival, while the start of ticket sales is expected after the announcement of new epidemiological measures by the Croatian Institute of Public Health.

In addition to the tickets for successful productions from previous seasons – Shakespeare’s ‘Hamlet’ directed by Paolo Magelli at Lovrjenac Fort, ‘Mara & Kata’ at Kazerma and Marin Držić’s ‘Grižula’, directed by Saša Božić and Petra Hrašćanec and performed by the Festival Drama Ensemble at Gradac Park – tickets for this year’s drama premieres are also available for reservations: ‘Lion House’ based on Ivan Salečić’s novel adapted by Marijana Fumić, directed by Aida Bukvić and performed in the Playground under Minčeta Fort, and Nataša Rajković and Ivan Penović’s project ‘Beside Oneself’, staged by the Festival in Lazareti and at Komarda. Ticket reservations for this year’s varied music programme will also be available, starting with Percussion Club Project concert in front of the Church of St Blaise and including top concerts in the Rector’s Palace atrium – the Croatian Radio and Television Choir performing under the baton of Tomislav Fačini, followed by the recital of the impressive young pianist Lovre Marušić, the concert of excellent Russian soprano Julia Lezhneva with La Voce Strumentale ensemble, the recital of the popular, award-winning American tenor Lawrence Brownlee or guitarist Petrit Çeku. The complete programme of the 72nd Dubrovnik Summer Festival, consisting of over sixty theatre, music, dance and folklore events that will take place from 10 July to 25 August at around ten stage and site-specific locations in Dubrovnik, is available on the Festival website www.dubrovnik-festival.hr.

After the announcement of new epidemiological measures by the Croatian Institute of Public Health, the tickets for the 72nd Dubrovnik Summer Festival programmes will be available via the Festival website dubrovnik-festival.hr and online ticketing service ulaznice.hr, while the Box Office at the Festival Palace is expected to open on 1 July.