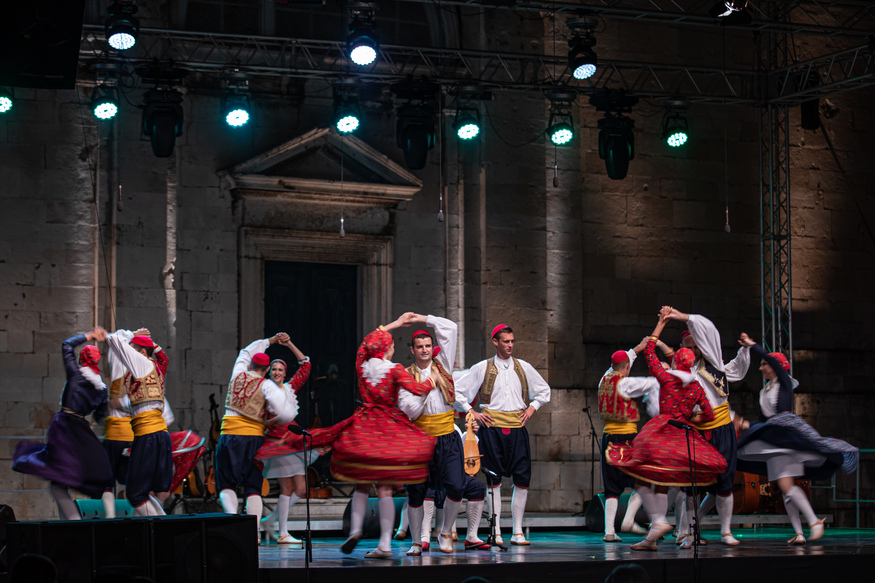 The Folklore ensemble Linđo has been a key part of the Dubrovnik Summer Festival since 1967 and, despite traditionally holding their performances on the Revelin fort, due to current epidemiological measures and consequently the need for a bigger auditorium Linđo did their dance and musical numbers in the Gradac Park last year. This Festival season saw them take the open-air stage in front of the Dubrovnik Cathedral. At this singular venue Linđo, among which were some forty youngest members who were having their first ever Festival gig, performed an elaborate ninety-minute programme. It included the indispensable traditional Dubrovnik dance linđo, dances of Posavina, Valpovo and Bunjevci, old dances of Split, dances of Međimurje and Baranja, Vrlika circle dance and the musical numbers Kak je teško našu ljubav tajiti, Markuševački svati, Nosim te zemljo, Ča ko voli, ča ko zna  and  Tiridonda by the Ensemble’s female klapa (traditional Croatian vocal group with a distinct and unique style of singing). At the end of the event, Linđo received thunderous applause by the sizable local and holidaymaker crowd, thus encoring with a part from circle dance of Bunjevci. 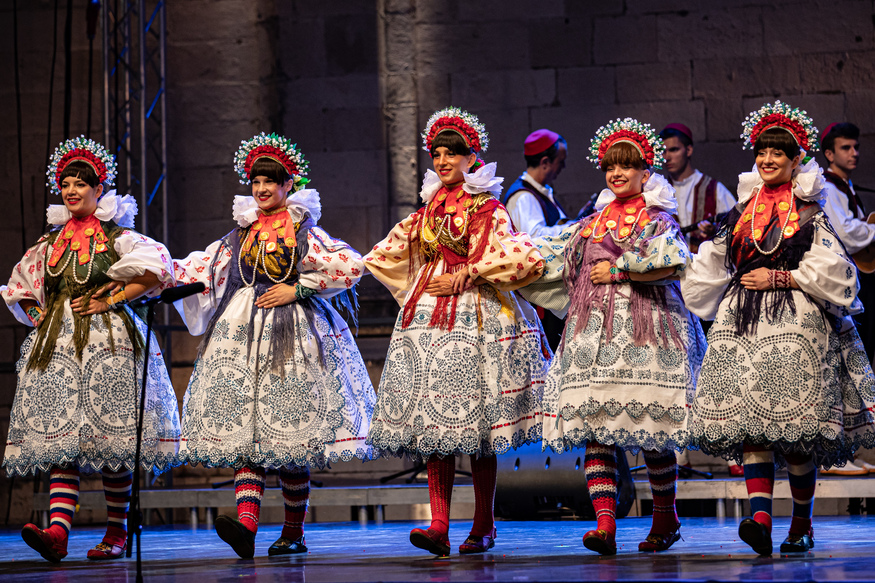 Last night’s performance was a debut of sorts for many young new Linđo members but also a goodbye for some older ones. After being a part of Linđo for 42 years, Mr. Tonći Vukušić performed last night for the final time, an occasion upon which Linđo director Vlaho Kljunak presented Vukušić with an appropriate gift as thanks for all his plenteous contributions as a long-time Linđo member and associate. Next Linđo performance at the 72nd Festival is scheduled for 22 August, 9pm at the same location in front of the Cathedral. 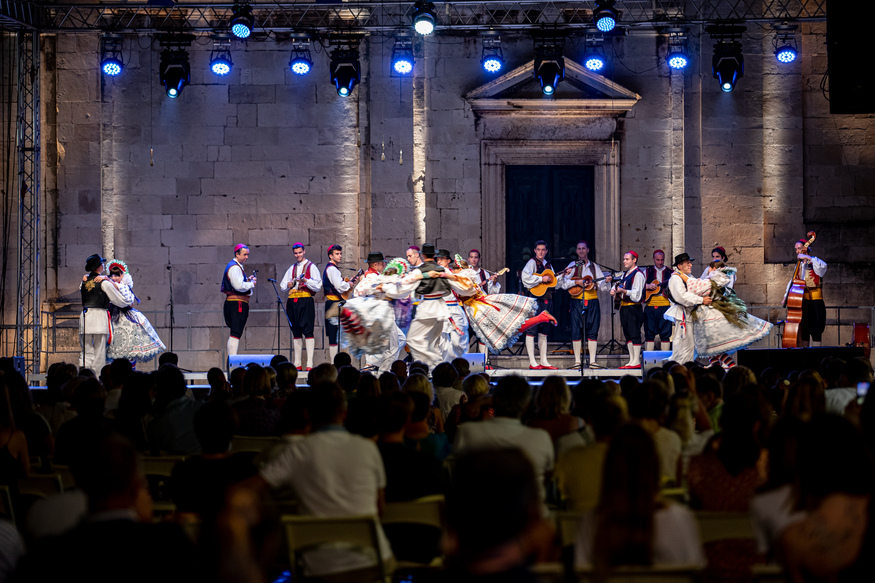