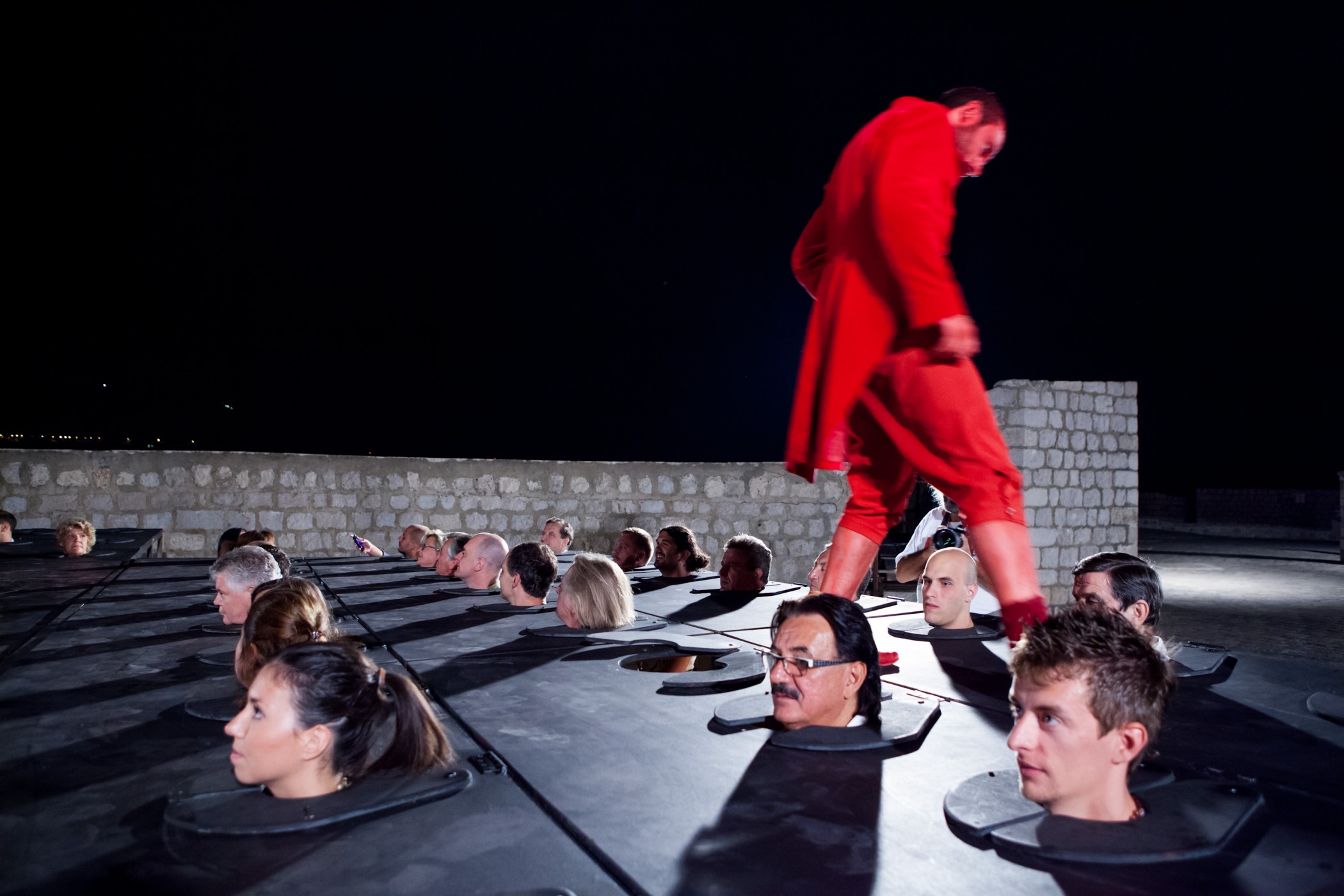 The Croatian exhibition entitled Intangible, featuring as many as two projects from the Theatre Programme of the Dubrovnik Summer Festival has been awarded Gold Medal PQ 2015 for Use of Space for Performance at this year's Prague Quadrennial, the prestigious European event in the field of set design and related disciplines.

This year's Prague Quadrennial, which takes place from 18 to 28 June on the main theme „Shared space: Music Weather Politics 2013-2016“ featured 111 exhibitions from 68 countries. Croatia presented itself within the segment „Exhibition of countries and regions“ with the exhibition Impalpable, set up after a concept by the curator and art critic Marko Golub, the designer and set designer Nikola Radeljković, and the theatre critic Igor Ružić, and organised by the Ministry of Culture of the Republic of Croatia and the Croatian Designers Society. The exhibition deals with the idea of venue on the crossroads between performing and visual arts, expanding the scope of theatrical space and bringing into contact nine theatrical plays, art performances, twelve artists, set designers and directors: BADco., Božena Končić Badurina, Damir Bartol Indoš & Tanja Vrvilo, Siniša Labrović, Kata Mijatović, Borut Šeparović and Vlasta Žanić; as well as Boris Bakal and Leo Vukelić, director and set designer in the play Father Courage, performed at the 64th Dubrovnik Summer Fedstival; and Oliver Frljić and Igor Pauška, director and set designer in Georg Büchner's play Danton's Death performed at the 63rd Dubrovnik Summer Fedstival. 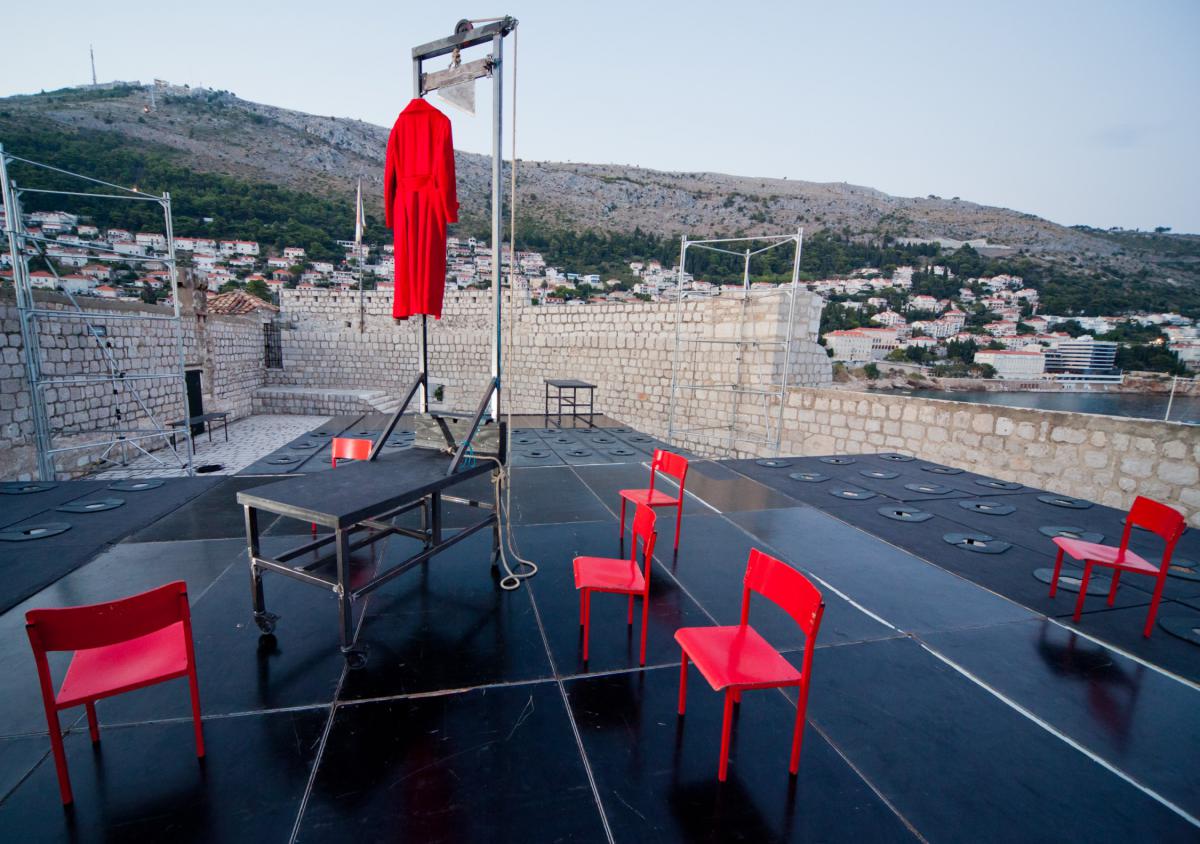 It is worth noting that in the play Father Courage, the intermedia artist Boris Bakal explores the historical Old City of Dubrovnik. With Leo Vukelić's least possible interventions in Dubrovnik's unique ready-made, an unusual city tour turns into a travel into darkness and subconsciousness. Oliver Frljić, one of the most influential theatre directors in the region, appeared at the Dubrovnik Summer Festival for the first time with Georg Büchner's Danton's Death. Radical revolutionary questions encountered a radical set design, created by the director and set designer Igor Pauška. The immobilised audience experienced the fear of immediate danger, which served almost as a realised metaphor of the original play and its consequences. 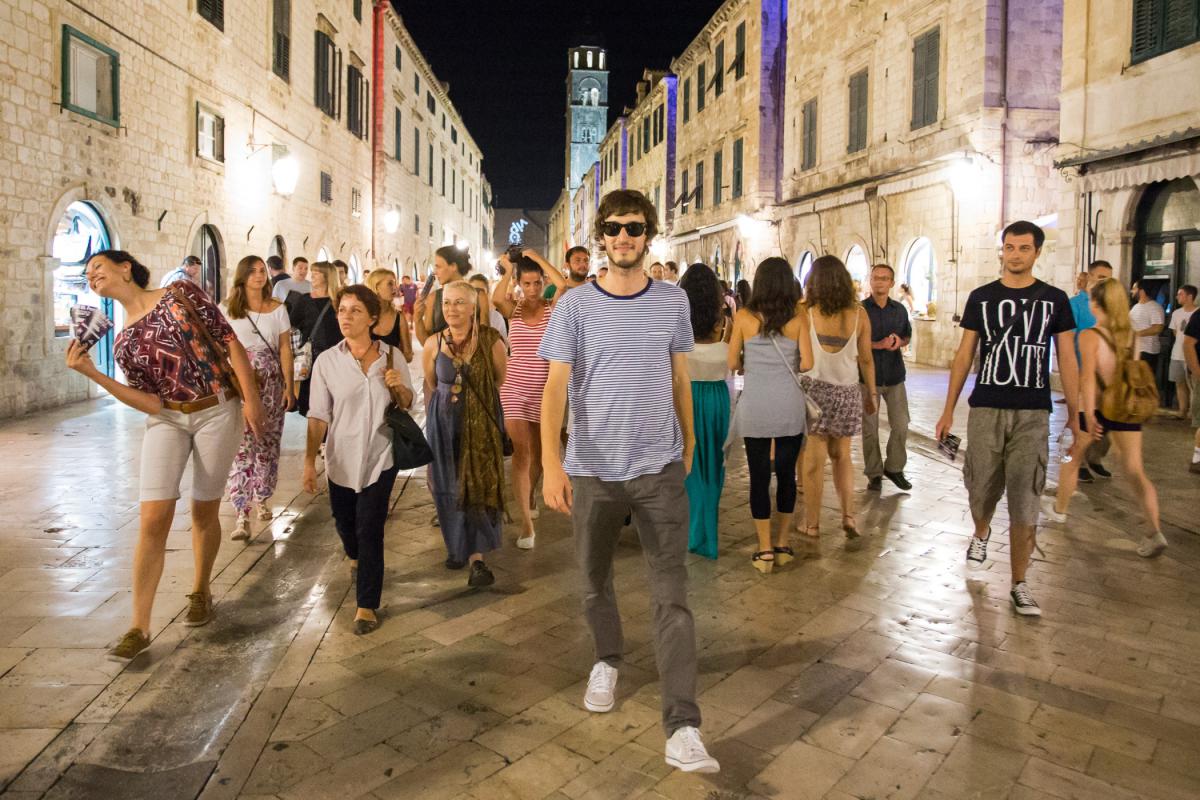 All works were presented in the form of short films directed by Ana Marija Habjan, which are a mixture of documentary video materials, descriptive narration and speech in the first person.

The Prague Quadrennial is the world's largest event in the field of set design and related disciplines – design (lighting, costume, sound), theatre architecture, visual art, music and liberal arts, wherein each discipline is in the function of exploring and expanding the field of modern set designing practices. During its almost 50 year history, the exhibition has grown into an unrestricted and dynamic event featuring the most recent trends in the field of set design and theatrical architecture, with numerous national exhibitions, workshops, urban interventions, conferences, performances, exchange of educative contents, and residential sojourns. 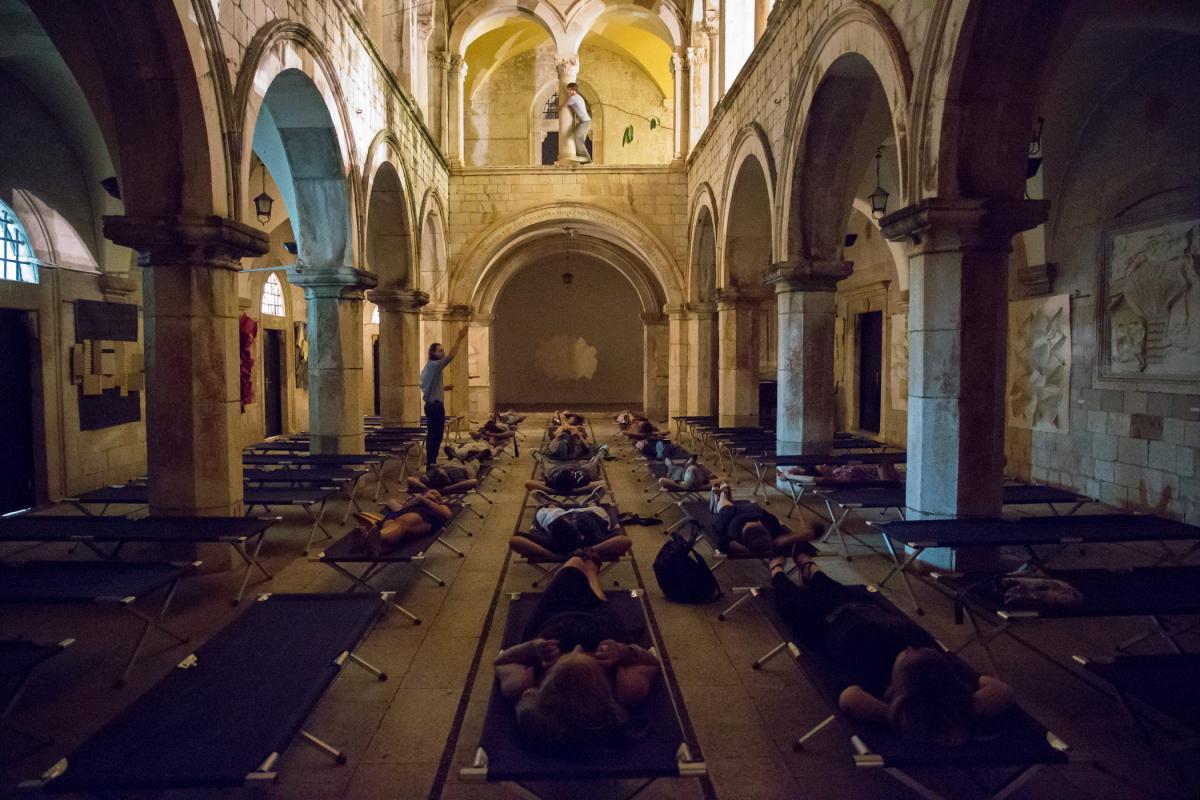