Victory Over the Enemies will premiere on Sunday

Home/ News/ Victory Over the Enemies will premiere on Sunday 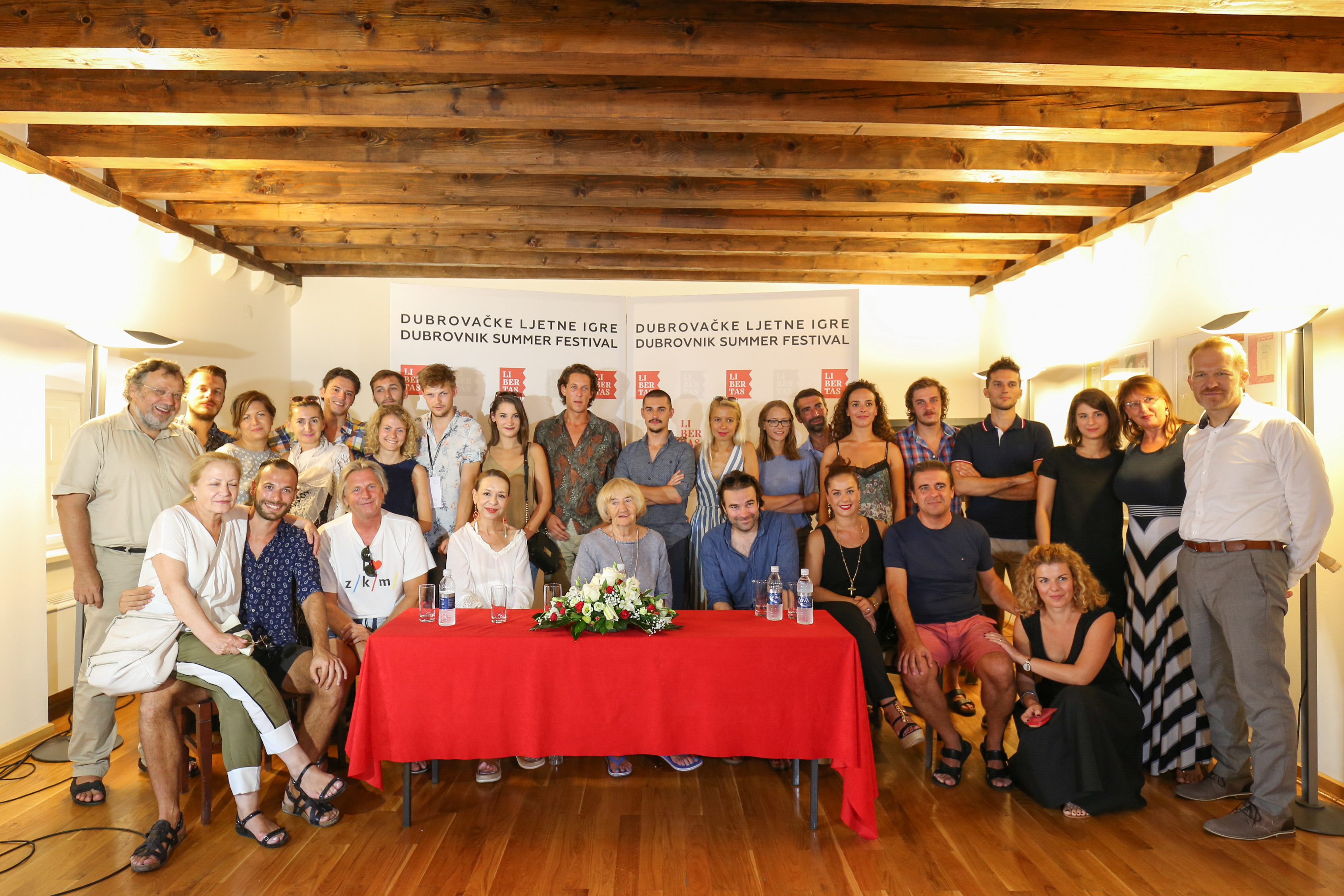 Marin Držić - Victory Over the Enemies is the second drama premiere of the 68th Dubrovnik Summer Festival which is on the festival programme on 20 August at the Music School Park - it was announced at the press conference by the following speakers: acting artistic director Mladen Tarbuk, director Ivica Boban, author of the dramaturgical concept Hrvoje Ivanković, executive director Ivana Medo Bogdanović and Ante Režić, director of Dubrovnik’s Business Center and South Dalmatia OTP Bank which made a donation for the play.

The play revolves around the life, work, and destiny of the great Renaissance playwright Marin Držić, whose 450th anniversary of death we mark this year. The dramaturgical concept and text adaptation for the play was made by Hrvoje Ivanković. With equal portions of facts, assumptions, and fantasy, the play ludically explores Marin Držić's relation with his contemporaries, and with ethical and social paradigms of his time. Držić himself is in this play both as a play-writer and a character from his plays. The play follows Držić's life path which is revived on set by fragments of his works. The director of the play Ivica Boban is one of the most important Croatian modern theatre authors. She has previously and successfully staged the works of Marin Držić three times at the Dubrovnik Summer Festival. Her play entitled Play Držić in 1978 was the first play created by the technique of postmodern patchwork that told the story of Držić's life in his own words. Her stagings of Marin Držić's tragedy Hecuba in both 1982 and 1991 are considered anthological. 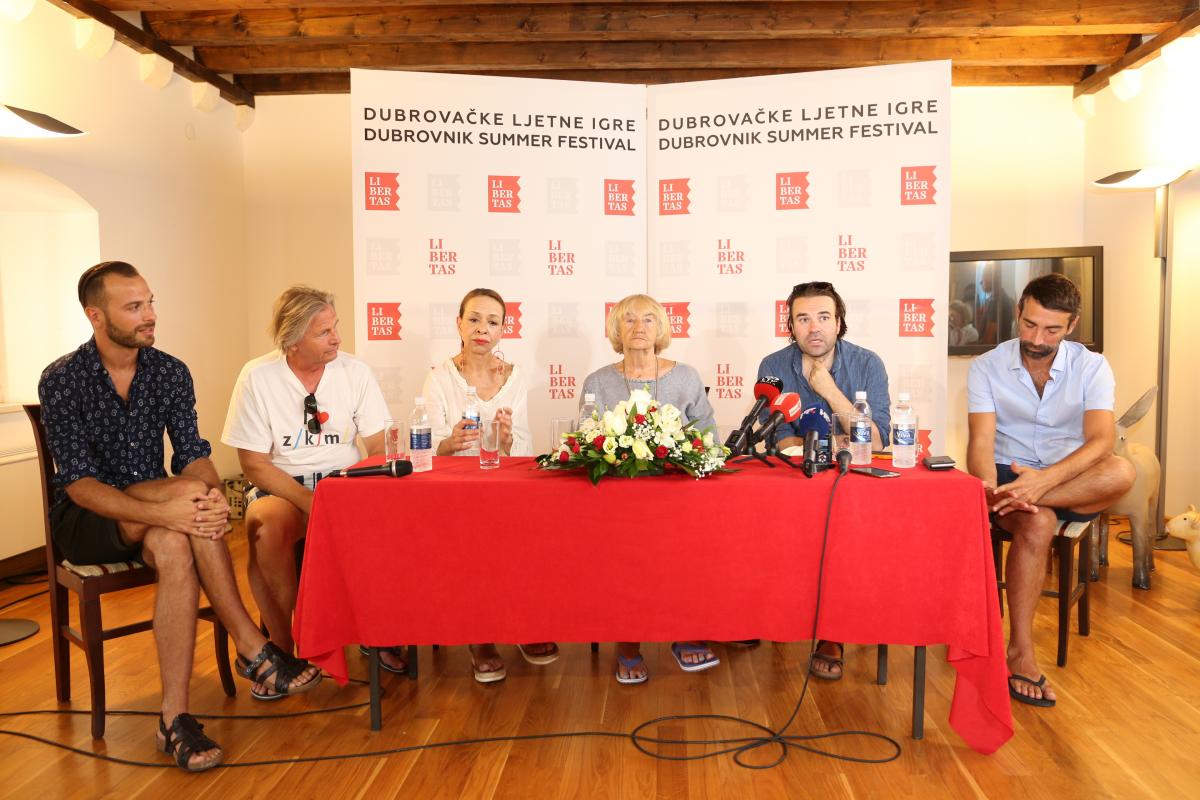 The ensemble consists of mostly young actors, some of whom are still students at the Academy of Dramatic Art in Zagreb(Petra Svrtan, Iva Kraljević, Ivana Gulin, Robert  Španić, Marin Klišmanić, Ugo Korani and Josip Brakus). The cast is lead by five more experienced actors: Maro Martinović, Branimir Vidić – Flika, Doris Šarić Kukuljica, Danijel Ljuboja and Ozren Grabarić who plays Držić himself as some of Držić's most important characters. The drama ensemble also includes Jure Radnić, Romano Nikolić, Mateo Videk, Nika Lasić and Glorija Dubelj and the members of the Kolarin Company of Actors from Dubrovnik Jelica Čučević, Marinka Metković, Aida Machiedo, Tajana Martić, Ante Tonći Đurković, Barbara Lončarić Lučić and Matija Vojvodić. Alongside the author of the dramaturgical concept and text adaptation Hrvoje Ivanković and director and author of the dramaturgical adaptation Ivica Boban, the team also includes Miljenko Sekulić who is the designer of the set, masks and puppets, costume designer Doris Kristić and composer Ozren Glaser. The lighting designer is Vesna Kolarec, video screenings were made by Ivan Lušičić, the choreographer is Nikolina Medak and the fencing teacher was Lovro Buva. 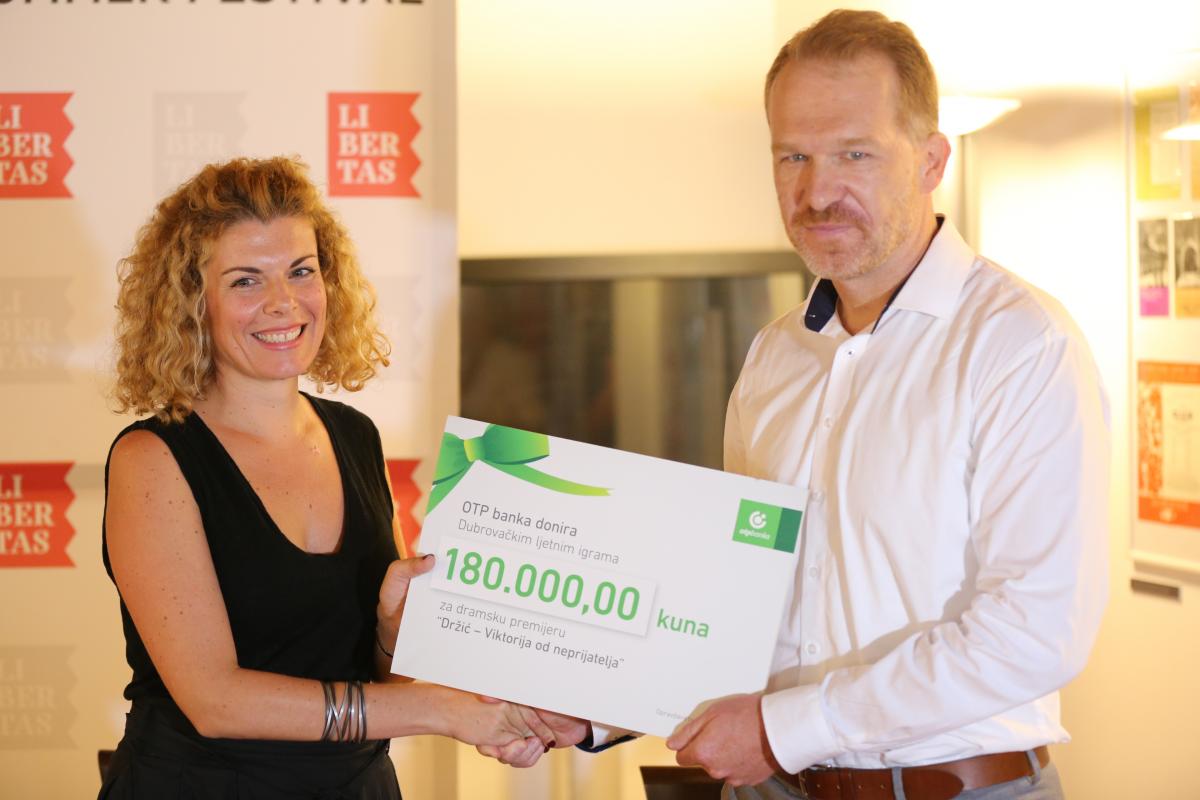 Continuing the tradition of the partnership with the Dubrovnik Summer Festival, OTP bank has this year given 180.000 kunas as a donation for the staging of this play.

- We are very pleased that we continue the partnership with the Festival which lasts for twenty years. As this Festival, I believe that our partnership will also be long-lasting and that we will support many other premiers to come, for the joy of the people of Dubrovnik and their guests. - said the director of Dubrovnik’s Business Center and South Dalmatia OTP Bank Ante Režić handing in the check to the executive director of the Festival Ivana Medo Bogdanović.

Marin Držić – Victory Over the Enemies is on the programme of the68th Dubrovnik Summer Festival on 20, 21, 22 and 23 August at the Music School Park starting at 9.30 pm.