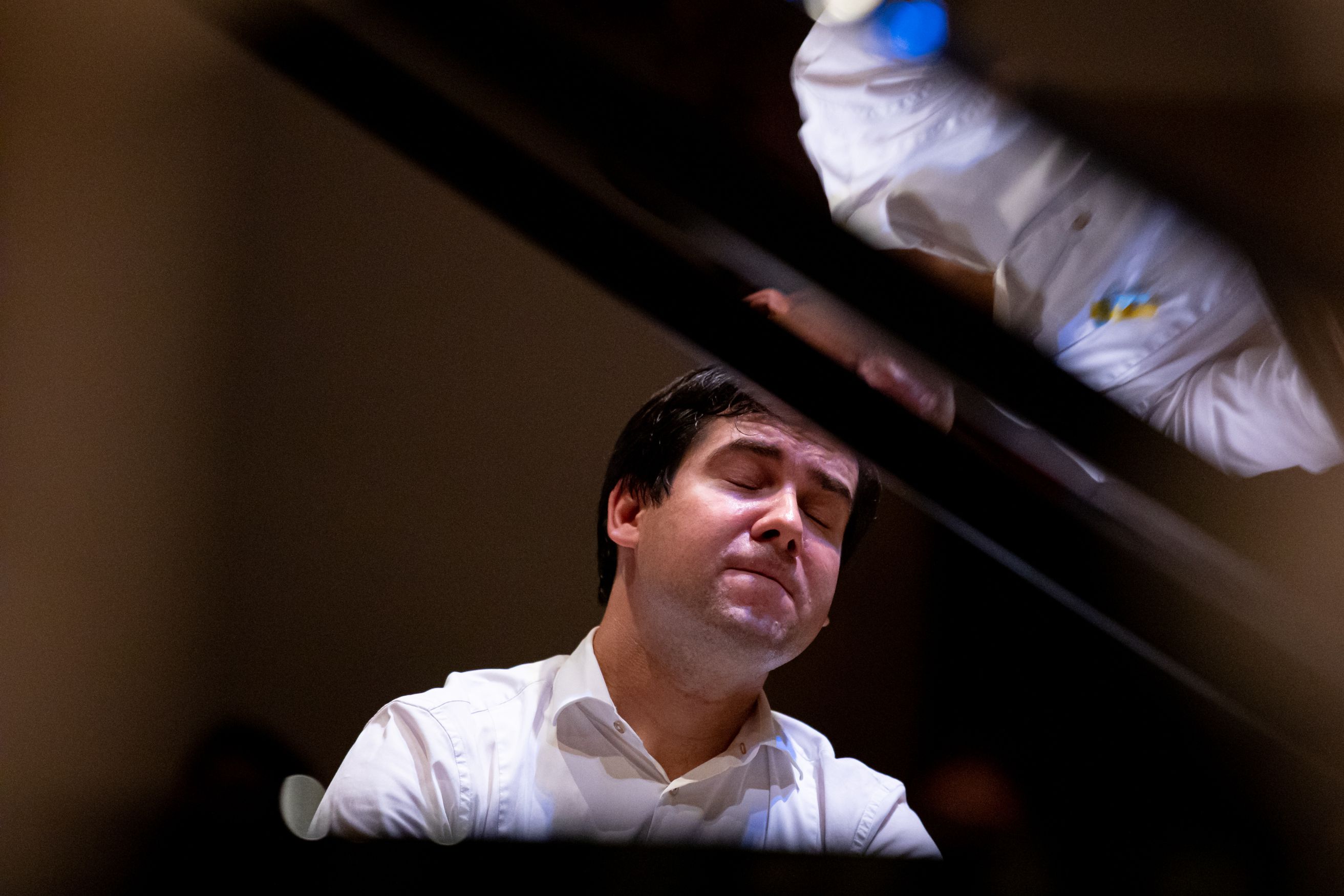 The exceptional pianist Vadym Kholodenko introduced himself to the festival audience at the Rector’s Palace Atrium on last evening, 7 August and greatly impressing them with his virtuosity and skill. 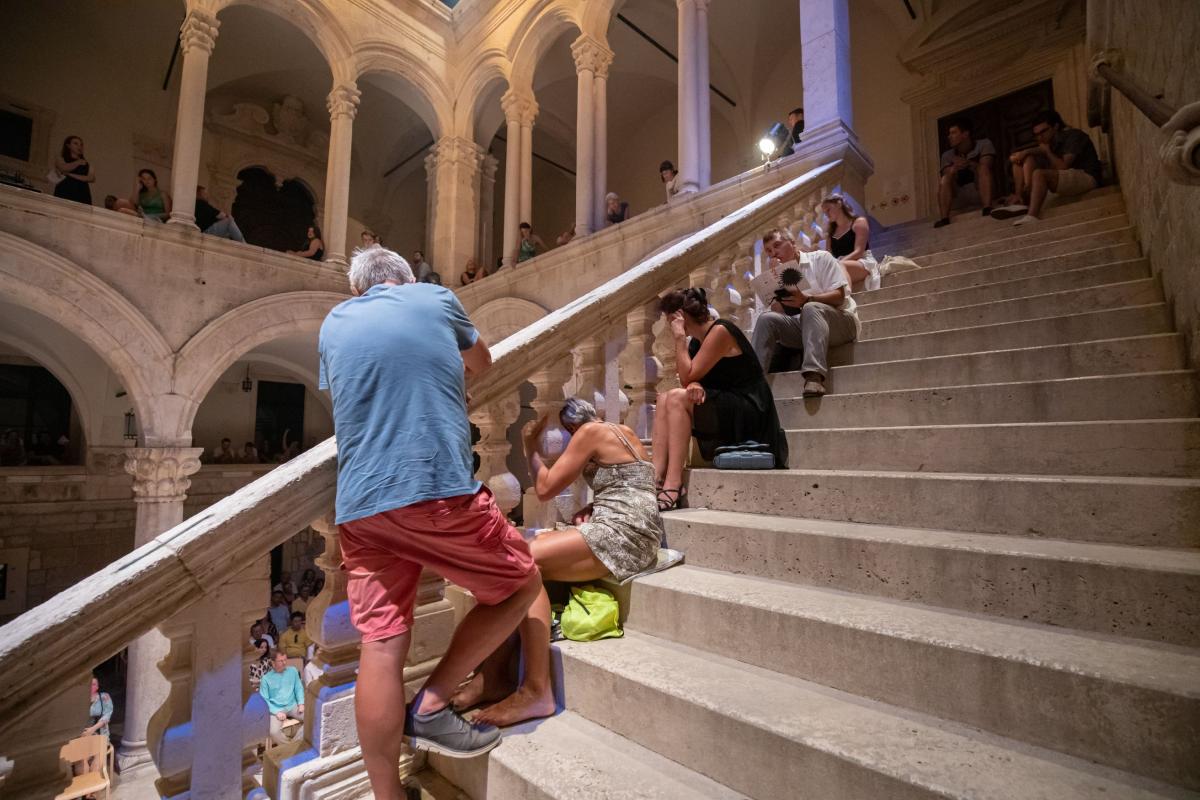 The first composition on Vadym Kholodenko's programme last evening was the unusually expressive Traced Overhead by the renowned contemporary composer Thomas Ades, whose winding figures and almost delirious sections musically depict, as the composer himself states, old sacral images of angels ascending to the heavens in a beam of light. In his virtuoso interpretation, Kholodenko vividly evoked that great excelsior, an inexorable upward motion, leading the audience to musical peaks deftly and with ease. The pianist then performed two Schubert pieces equally brilliantly, first the Piano Sonata in E flat major and then the Three Piano Pieces. While the Sonata filled the Rector's Palace with light and cheer, the whimsical Three Piano Pieces, which the already frail Schubert composed near the end of his young life and which were posthumously arranged and published by Johannes Brahms, brought a moment of contrasting melancholy that only accentuated the Allegro movement which was the final optimistic note of the piece. Kholodenko, who is known as one of the most musically dynamic and technically gifted young pianists on the music scene today, rounded off his programme with one of Prokofiev's so-called war sonatas, specifically the Piano Sonata no. 7. The composition brims with emotions, and is at times incredibly forceful with its stormy chromatic movements. However, juxtaposed is a sentimental melody at the very heart of the work, through which the author seems to convey that despite all the unrest, hope lives on defiantly. All these depths were brought out vividly by Kholodenko, who was technically impressive and dynamically skillful, but most of all sensitive and elegantly expressive, all which was felt in a special way by the audience who gave the strongest cheers to that piece. Kholodenko was called to bow several times by long applause, after which the Ukrainian pianist thanked the audience by performing the delicate piece Bagatelle, Op. 1 by composer and compatriot Valentin Silvestrov. 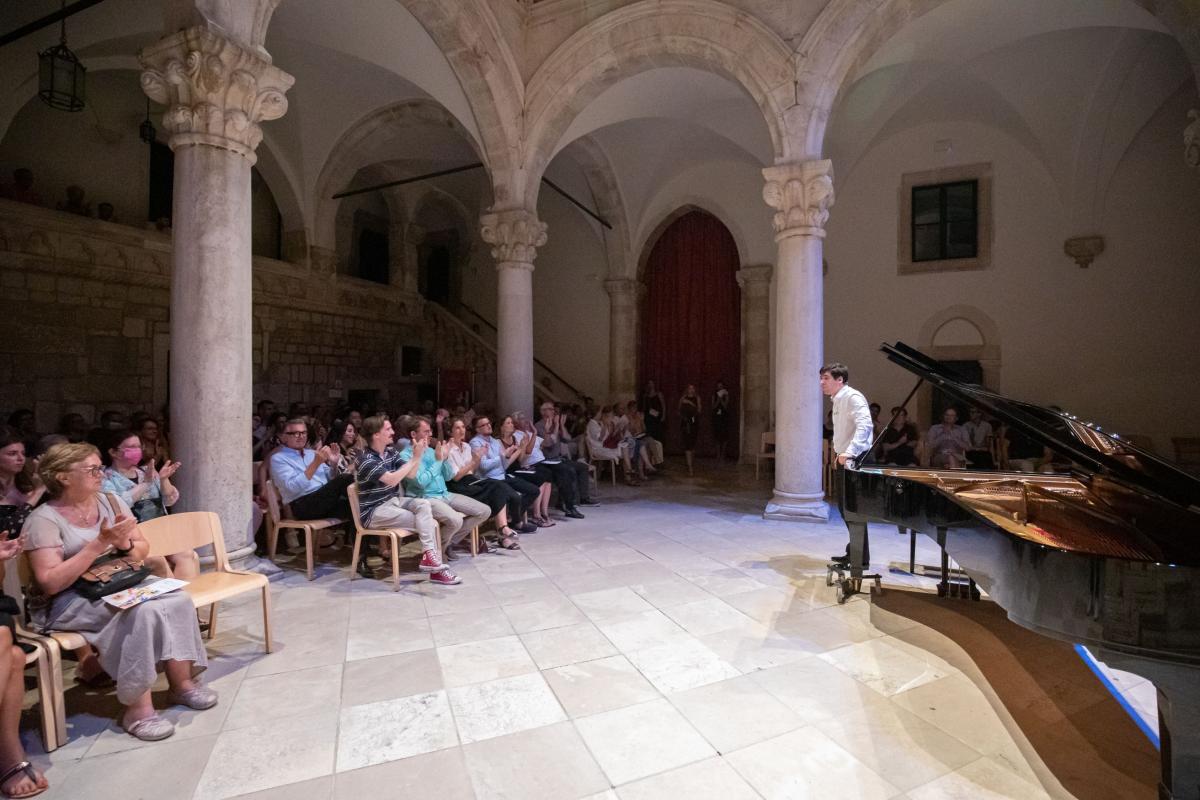 The music programme of the 73rd Festival continues with another Vadym Kholodenko concert set for tomorrow, 9 August at 9.30 p.m. in the Rector’s Palace Atrium where he will be joined by violinist Alena Baeva, and where they will be performing compositions by Schubert, Mendelssohn, Debussy and Fauré. Concert tickets are available online at the Festival’s official website https://www.dubrovnik-festival.hr/ and through the ticket service www.ulaznice.hr, as well as the Festival Palace Box Office  (Od Sigurate 1), which is open every day from 9 a.m. to 9.30 p.m. Tickets can also be purchased at the venue, two hours prior to the performance. Purchases made with Mastercard® and Maestro® cards provide special benefits and discounts.