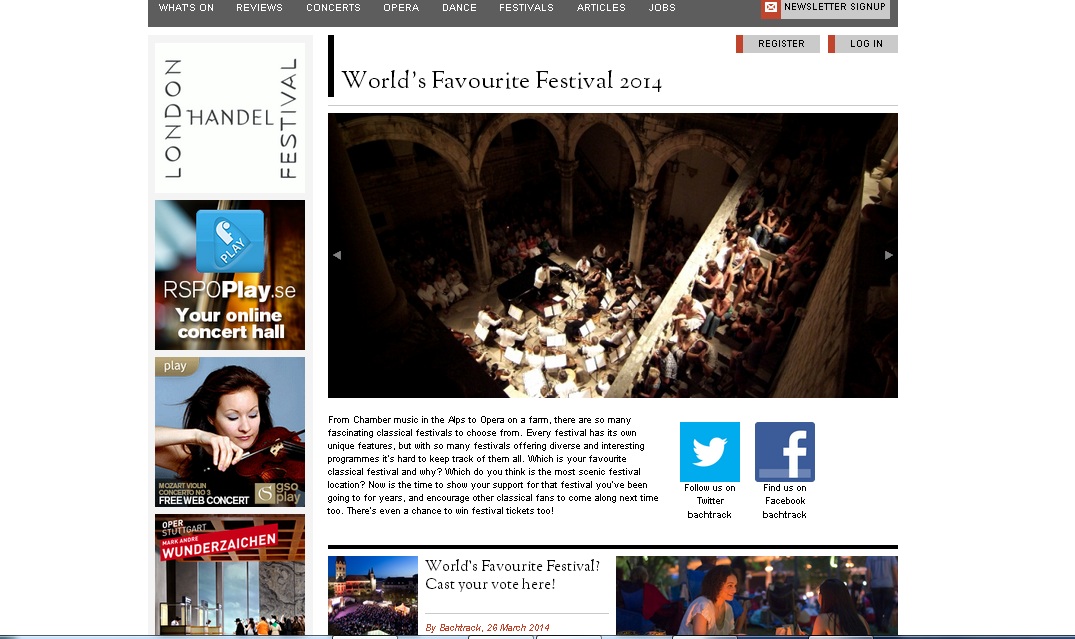 On Wednesday 26th March, Bachtrack has launched the 2014 World’s Favourite Festival poll, open until 23rd April 2014. You are invited to visit the site and choose your favourite (not best) festival from a list of festivals. It may be your favourite festival for its family-friendliness, its sublime location, guaranteed good weather, musical excellence, other local attractions or anything else, but ultimately, the title of World’s Favourite Festival is in your hands.

Bachtrack is one of the major and most significant global sites dedicated to classical music and performance arts. Last year, Bachtrack ran 2013 World’s Favourite Orchestra poll, which was a huge success, it received thousands of votes for hundreds of orchestras worldwide and generated buzz in international media, both during and after the poll had closed.

In addition to the 2014 World’s Favourite Festival poll, there are opportunities for website visitors to participate in other ways, such as sending in your anecdotes and images of festivals you have attended, for a chance to win festival tickets.