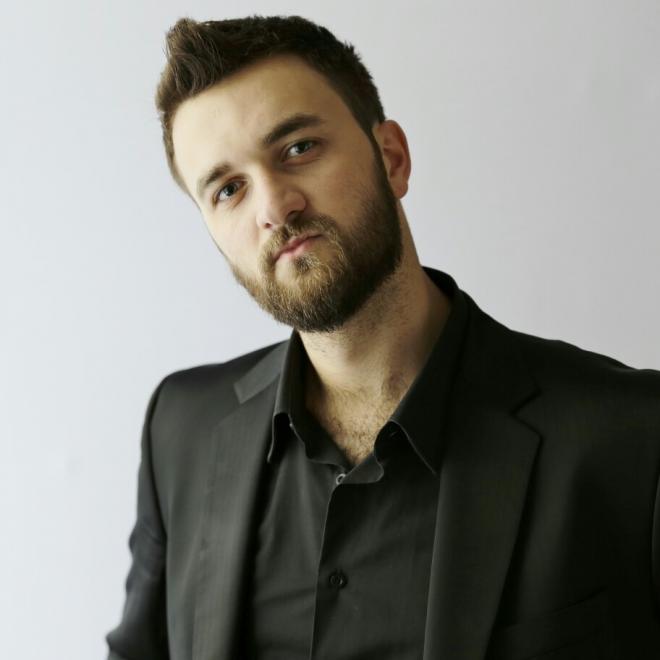 The Croatian bass baritone David Oštrek studied at the University for Music and performing Arts in Vienna under Karlheinz Hanser.

Winner of third prize at the ‘Juventus Canti’ competition in Slovakia at seventeen, since then he has gone on to perform in various competitions including the prestigious ‘Die Neue Stimmen Competition’.

In addition to numerous concerts and recitals he has performed with the Varaždin Music College ensemble throughout England, Germany, Austria and Slovenia. From 2008-2012 he worked with Catharine Danley in the ‘Aestas Musica’.

He made his operatic debut as Aeneas in ‘Dido and Aeneas’ at the Croatian National Theatre conducted by Laurence Cummings in 2010. Further appearances there included Captain Macheath in ‘The Beggar’s Opera’ and Adonis in ‘Venus and Adonis’. At University his roles included Il Dottore in ‘La Pulcinella’ and Achis in ‘David et Jonathas’. 2014 saw him perform the role of Masetto in ‘Don Giovanni’ at the Schlosstheatre Schönbrunn. In 2015 he could be seen as Dulcamara in ‘Lelisir d’amore’ at the Daegu Opera House in South Korea and returned to Schlosstheatre Schönbrunn in the title role of ‘Gianni Schicchi’.

Since the 2015/2016 season he has been a member of the International Opera Studio at the Staatsoper Unter den Linden Berlin, kindly supported by the Bertelsman Foundation, under the direction of Daniel Barenboim. Roles there have included Il Commisario in ‘Madama Butterfly’, Magician in ‘Mario and the Magician’, bass solo in a concert performance of Rossini’s ‘Petit Messe Solennelle’, Doctor Grenvil in ‘La Traviata’, Fiorello in ‘Il Barbiere di Siviglia’, Lakai in ‘Ariadne auf Naxos’ and Director Hummel in ‘Die Gespenstersonate’.

In 2016 he celebrated his debut as Leperello in ‘Don Giovanni’ at the Bregenz Festival and in 2017 sings Figaro in ‘Le Nozze di Figaro’ in Theatre Wels.