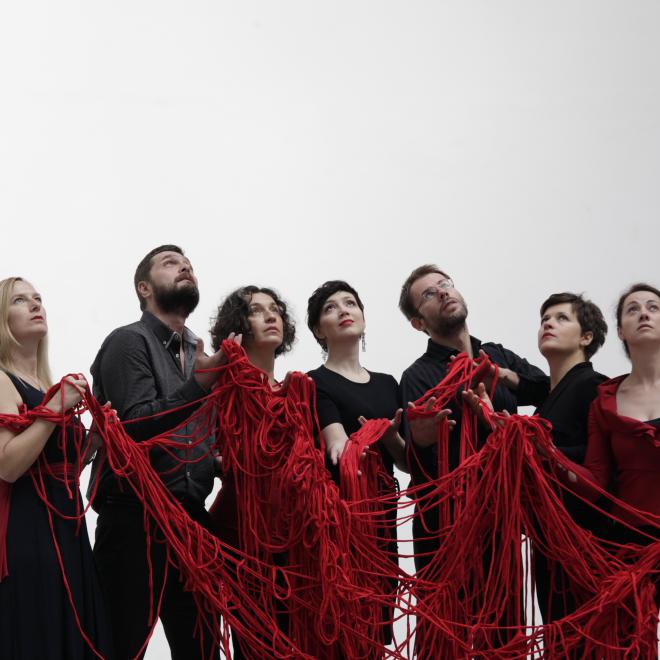 The members of Antiphonus intertwined after a long period of singing and music-making in various groups. Educated musicians of various profiles, they finally crystallised in a homogenous group in 2006. Nourishing the sound that aims at a melange between the tradition of a full bodied eastern European vocal sound and the western balance and purity, they are building a wide-range repertoire-from the plainchant to the recently written, cross-over, or commissioned works. Paying special attention to the Croatian contemporary music, Antiphonus premiered pieces of the Croatian foremost authors, but also gave the first contemporary performances of the newly emerged works from the dusty libraries. Antiphonus performed at  every major Croatian Festival,  Music Biennale, Dubrovnik early music festival and Varaždin baroque evenings; upon last summer’s tour on the SEVIQC Festival with Monteverdi’s madrigals, the Slovenian radio engaged Antiphonus to record  them, together with the works of Slovenian baroque composers.  Their performance crowned the festive concert of the Croatian joining the EU and represented Croatia at the national festival in Paris Croatie, le voici; the group records frequently for the Croatian television, and it’s album of the Croatian renaissance and baroque music, recorded with Dmitry Sinkovsky, Krešimir Špicer and Edin Karamazov among others, is to be released soon.

Their regular  concert season Triade , which started in 2014, featuring the Italian madrigal and premieres of new works,  was expanded in 2015 with sacred a cappella and oratory cycle Trinitas, featuring a Monteverdi  Vespro selection, Bach’s Johannespassion and works of Pärt and Perotinus, as well as Cavalli’s Rappresentatione di anima, et  di corpo. Both concert series won highest acclaims of both audience and critics.