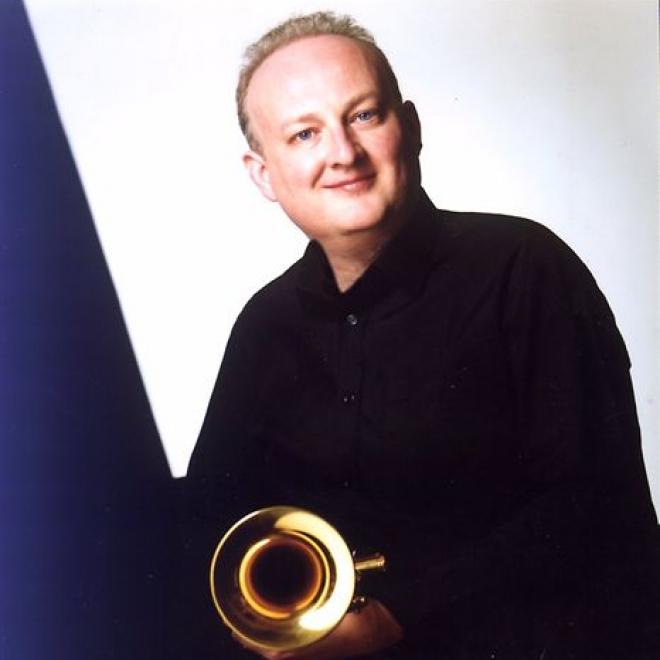 Eric Aubier entered Maurice Andre's class at the CNSM of Paris at the age of 14 where he was the youngest graduate at the time earning three first prizes. After obtained a lot of prizes in international competitions in Prague, Toulon and Paris, Rolf Liebermann named Eric Aubier as solo trumpet for the Paris Opera Orchestra. He was only nineteen.

From1995, he devoted himself to a career as an international soloist and professor. We can hear him regularly at Radio-France, Salle Pleyel, Graveau, The Lincoln Center - New York, the festivals of Comminges, Auvers-sur-Oise, Monte-Carlo, Vézère, Lieksa ( Finland ), Hamamatsu ( Japan ) and Taipei ( Taiwan ).

He is very involved in the development of the repertoire of his instrument and is the first trumpetist thought of by many composers who dedicate with confidence their works, notably Nicolas Bacri, Thierry Escaich, Betsy Jolas, Carlos Grätzer, Martin Matalon , Charles Chaynes. He also breathes life into the most beautiful French music for the trumpet of the 20th century: Ohana, Jolivet, Tomasi, Françaix, Schmitt, Hubeau, Enesco, Delerue, Sancan, Désenclos. Throughout the world, he is perceived as the one who best perpetuates the French wind instrument tradition, incarnating in a way the "new face of the trompette".

Eric Aubier has become the highest French representative invited to sit regularly for jurys at international competitions such as Munich (ARD), Paris (Maurice André), Porcia, Markneukirchen ITG USA and Lieksa ( Finland ). Today, competitions in Colombia and Argentina carry his name. He teaches at the CNR of Reuil-Malmaison and has given masterclasses over the world.

His discography includes over 100 works produced by the firms Sony Classical, Arion / Pierre Vérany, Calliope, Mandala, Bis, Accord / Universal. La Trompette Française won the Diapason d'Or, Recommandé by Classica. His recording of Tanz Fantaisie by and with Thierry Escaich won the Grand Prix des Lycéens de la Lettre du musicien et Musique Nouvelle en Liberté. The recording of the Concertino by Skaalkottas (Bis) also earned a Recommended by Répertoire and was distiguished in the review Gramaphone. In 2004 he will record Trame V, concerto for trumpet by Martin Matalon with the National Orchestra of Lorraine for Accord / Universal.