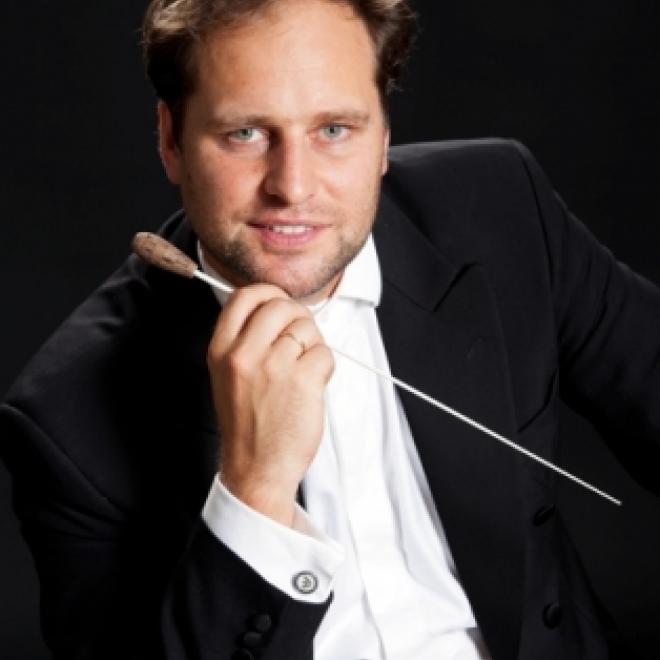 Tibor Bogányi is spending his 7th season as Chief Conductor of the Pannon Philharmonic Orchestra in Hungary. Owing to his restless innovation, spirit and dynamics, the orchestra now meets the highest European standards. Tibor Bogányi has an intensive cooperation with the Budapest National Opera House since 2013, conducting several premiers and highly acclaimed performances of the opera repertoire.

His other engagements include the Helsinki Opera House, Rijeka National Opera House and countless opera productions with different companies in Finland and Hungary. He spent 8 years as Artistic Director of the Lappeenranta City Orchestra in Finland from 2008-2016.

Apart from his engagements as a conductor and a cellist, he holds conducting masterclasses at the Sibelius - Academy in Helsinki and Liszt Academy in Budapest, and gives private lessons to students.

In December 2015, the Finnish State awarded him with the First Class Order of the Lion of Finland for his artistic achievements, while in August 2017 he was presented with the Order of Merit of the Hungarian Republic, the Golden Cross.

Tibor Bogányi earned international renown serving as Chief Conductor of the Turku Philharmonic Orchestra from 2002-2006. He launched an enviable career after completing his studies at the Sibelius Academy under Professors Jorma Panula and Leif Segerstam, and also under Sir Colin Davis and Jurij Simonov.

Under his passionate supervision, the Hungarian Pannon Philharmonic Orchestra got the opportunity to appear in some of the major European concert halls: