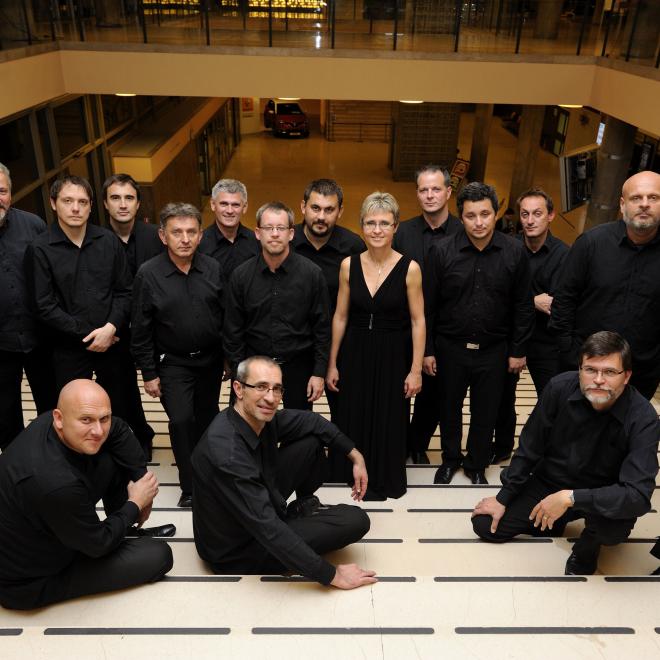 The Cantus Ensemble, which began to perform at the Zagreb Music Biennale in 2001, gradually became a top quality contemporary music ensemble performing exclusively the finest and most recent international repertoire. That is the reason why the ensemble managed to retain its leading role as the most active participant on the Croatian, regional and international contemporary music scenes. At the same time, it expanded its repertoire to include the beginnings of Stravinsky's and Hindemith's New sound, in order provide its audience with some missed music scores. From the season 2006/2007, the ensemble has hosted its own concert cycle Cantus&Lisinski, which has become a vibrant meeting place for music lovers. In collaboration with the Dutch Gaudeamus Foundation, the Gaudeamus Festival, the Music Week and the Croatian Musical Youth, the Cantus Ensemble has held workshops for young conductors and composers at the International Cultural Centre in Grožnjan, and has taken part in the projects Re: New Music and New Music: New Audience, in collaboration with students of the Animated Film and New Media Department of the Zagreb Academy of Fine Arts, and the Music Showroom SC. The ensemble launched a series of international collaborations with a guest performance in Sweden in 2006, within the international project entitled Musical Links, and the world tour that took the ensemble to Beijing and Tokyo, where it successfully presented around ten works by Croatian 20th and 21st century composers. In 2008, the Cantus Ensemble was acknowledged as official ensemble of the International Society for Contemporary Music. In the season 2009/2010, the ensemble had a successful performance at the BEMUS Festival in Belgrade and made its Great Britain debut at the Sounds New Festival in Canterbury. In the season 2010/2011, it debuted in the Dôme des Invalides concert cycle in Paris, at Düsseldorf's Tonhalle, at the Ensemblia Festival in  Mönchengladbach and at the Paul Klee Centre in Bern. In 2012, the Cantus Ensemble appeared at one of the world greatest music festivals - the Chinese NCPA May Music Festival. For its performance at the 58th Split Summer Festival, the Cantus Ensemble was awarded the Slobodna Dalmacija magazine's Judita Award. After its guest appearance at the Culturescapes Festival in Switzerland and the Kogoj Days Festival in Slovenia, the ensemble performed in Toronto, Ottawa, Montreal and Kitchener (November 2014), featuring compositions by 14 Croatian composers.