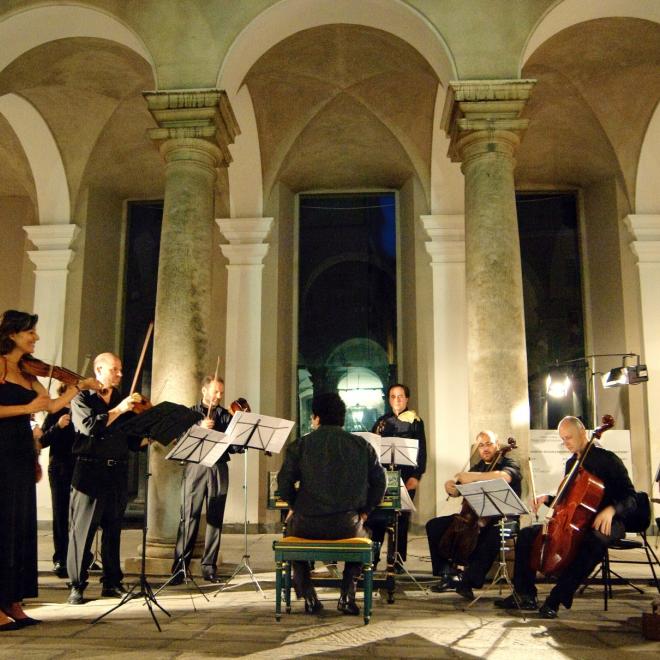 Hailed as "one of Italy’s most vibrant and exciting groups dedicated to period-instrument performance of 18th century music" (Fanfare), Concerto de’ Cavalieri, directed by Marcello Di Lisa, has gained a solid reputation for his historically informed style, warmth and vitality. The ensemble regularly performs at some of the most prestigious venues in Italy and abroad in collaboration with renowned soloists such as Sara Mingardo, Vivica Genaux, Ann Hallenberg, Kristina Hammarström, Ana Quintans, Mary-Ellen Nesi, Daniela Barcellona, Antonio Abete and Furio Zanasi, among others.

Concerto de' Cavalieri also enjoys a busy recording activity. In 2011 they started The Baroque Project, a multi-year recording project with Sony Classical on the Italian opera in the 18th century. The first CD of this project, Alessandro Scarlatti’s Opera Arias with the mezzo-soprano Daniela Barcellona, features symphonias and arias from six Scarlatti's operas, including many world premiere recordings. This CD received a 2012 International Classical Music Awards nomination. The second one, devoted to Pergolesi, again with Daniela Barcellona, was released in June 2012. The third one, with the Swedish mezzo-soprano Kristina Hammarström, is entirely devoted to Vivaldi’s opera arias and concertos and will be released in March 2014.