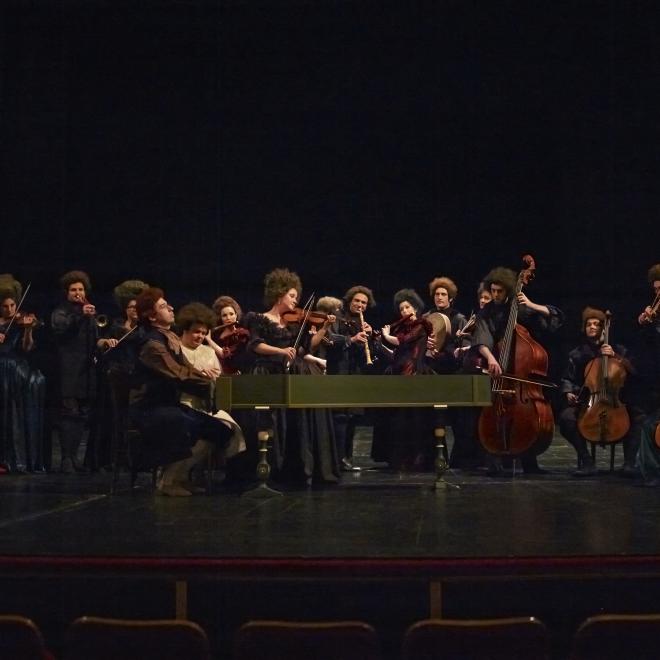 Croatian Baroque Ensemble is the leading Croatian ensemble specialised in historically informed interpretation of music from the Baroque and related periods, performed on original period instruments and their replicas.

The ensemble was founded in 1999 and consists of young musicians who are passionate about the original sound and stylistically informed interpretation of music. The director of the ensemble is the renowned violinist Laura Vadjon .

The ensemble won the Milka Trnina Diploma awarded by the Croatian Musicians' Association in 2001, the Orlando Award at the 65th Dubrovnik Summer Festival in 2014 for their performance „Gentle love, cruel love“ and the Ivan Lukaćić Award at the Varaždin Baroque Evenings in 2016.

Owing to their interesting, professional and stylistically clear and virtuosic interpretations, they are considered one of Croatia’s leading ensembles by both the critics and the audiences.