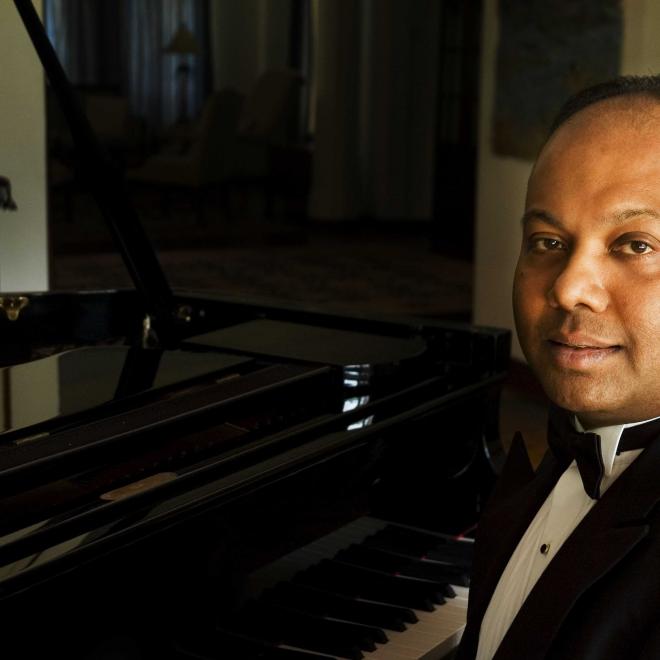 Rohan De Silva has partnered with violin virtuoso Itzhak Perlman in worldwide recitals, and every notable violinist on the concert stage today. He has performed at Carnegie Hall, Lincoln Center, the Kennedy Center, Library of Congress, Concertgebouw in Amsterdam, Wigmore Hall in London, Suntory Hall in Tokyo, and at the White House at the invitation of President Barack Obama in 2012 for Shimon Peres; and at a State Dinner in 2007 hosted by President George W. Bush for Queen Elizabeth.  A native of Sri Lanka, Mr. De Silva was invited in 2015 by the Prime Minister of his country to perform for U.S. Secretary of State John Kerry on his historic visit to Sri Lanka.

In the 2016-17 season, Mr. De Silva performs with Itzhak Perlman in recitals that take them across North America including Lyric Opera of Chicago, Kravis Center of West Palm Beach, Nashville’s Schermerhorn Symphony Center and San Francisco’s Davies Symphony Hall.  In the 2015-16 season, Mr. De Silva toured with Mr. Perlman in sold-out concerts throughout Asia and to Europe in their first appearances as a duo in London (Barbican Centre), Paris (Philharmonie de Paris) and Munich (Gasteig).

Mr. De Silva began his piano studies with his mother, Primrose De Silva, and with Mary Billimoria.  He spent six years at the Royal Academy of Music in London , and received many awards including the Grover Bennett Scholarship, the Christian Carpenter Prize, the Martin Music Scholarship, the Harold Craxton Award, and the Chappell Gold Medal for best overall performance.  Mr. De Silva was the first recipient of a special scholarship in the arts from the President's Fund of Sri Lanka.  This enabled him to enter the Juilliard School, studying with Martin Canin, Felix Galimir, and violin pedagogue Dorothy DeLay.  He was awarded Best Accompanist at the Ninth International Tchaikovsky Competition in Moscow, and received the Samuel Sanders Collaborative Artist Award presented to him by Itzhak Perlman at Carnegie Hall.