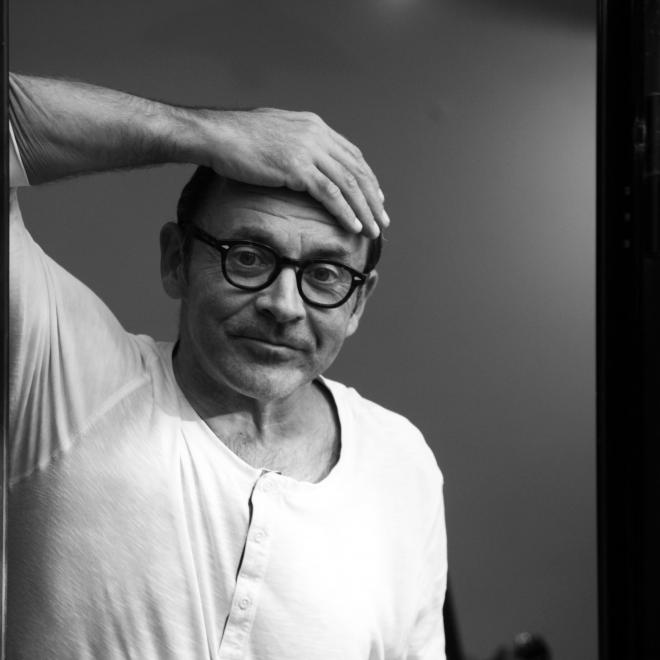 Krešimir Dolenčić (1962) was born in Zagreb. Having completed both the classical grammar and the secondary music school, he began to study theatre direction at the Zagreb University Academy of Theatre, Film and Television. Still a student, he founded a theatre company in which he was engaged as playwright and director. In his almost two decades long prolific career of a theatre director, he has staged about fifty plays and operas in Croatia, Slovenia, the USA and China. In 1994 the European Festivals Association awarded him the Young Artists Denis de Rougement Award. Krešimir Dolenčić was engaged as a performance lecturer in Houston (Rice University), London (Trinity School of Music),at the Music Academy in Zagreb and as an assistant at the Academy for Dramatic Arts in Zagreb.

Among 30 of his opera directions the most distinguished are Offenbach’s “The Tales of Hoffman”, Donizetti’s “Love Potion”, “Daughter of the Regiment” and “Lucia di Lammermoor“,  Saint-Saëns’s “Samson et Dalila“, Purcell’s “Indian Queen“ and “Dioclesian“, Debussy’s “Peleas i Melisande“, Gotovac’s “Ero s onoga svijeta”, Zajec’s “Nikola Šubić Zrinski”, Tan Dun’s “Marco Polo”, Rossini’s “Barber of Seville”, Poulenc’s “Dialogues des Carmélites”, etc. In 2000 he staged a huge opera production of Verdi’s "Aida" at the International Shanghai Festival. In 2003 he staged the same production in Beijing with 2800 participants and many associates from Croatia which is still considered to be the emblematic spectacle preceding the 2008 Olympic Games.

Some of his best drama productions include Shakespeare’s “A Midsummer Night’s Dream” and “Hamlet”, Slavko Kolar’s “Breza” (Birch), Oscar Wilde’s “The Importance of Being Earnest”, Iljf & Petrov’s “The Golden Calf”, J. Giraudoux’s “The Madwoman of Chaillot”, Berthold Brecht’s “Mutter Courage”. Dolenčić also staged over 100 different manifestations, concerts, opening ceremonies, etc. He directed the Croatian Music Awards Ceremony Porin eight times. He has been awarded with numerous Croatian and international recognitions for his work as a director and many of his associates, actors, singers, costume and set designers won awards for the plays directed by Dolenčić.

Krešimir Dolenčić has been present in Dubrovnik for almost 30 years. First as a spectator, the “one who gets past the ticket collection”, then as an extra, actor and musician (Držić’s “Hecuba” and Shakespeare’s “Hamlet”), assistant director to Ivica Boban, Joško Juvančić, Ivica Kunčević and Paolo Magelli (“Ecce homo”, “Romeo and Juliet”, “Fenician Women”) and finally as a director. In 1984 he directed “Uncle Maroje” on Lovrjenac fort with the students of the Academy for Dramatic Arts, in 1994 he directed “After Hamlet” by Luko Paljetak with the ensemble of the theatre ITD, again on Lovrjenac fort and in 1995 once more “Uncle Maroje” at Gundulić Square with the ensemble of Gavella Theatre. On Šulić beach and Lovrjenac fort he staged Giraudoux’s “Ondine” in 2005. During the 1970’s he became familiar with the work of Držić for the first time as a spectator of various versions of “Uncle Maroje” and “Skup”. He participated in the famous “Hecuba” directed by Ivica Boban and then directed, while still a student, his first “Uncle Maroje” with his colleague students of ADU. He saw “Uncle Maroje” directed by Ivica Kunčević ten times in the Croatian National Theatre just as Juvančić’s and Spaić’s “Skup”. With the Gavella Theatre he staged the postwar “Uncle Maroje” on Gundulić Square which was later staged in Zagreb and performed more than 60 times. The director and his fulltime associates the set designer Dinka Jeričević, the composer Stanko Juzbašić, the costume designer Danica Dedijer and the light designer Deni Šesnić are honored to be working on “Arkulin” preceding the celebration of the five centuries of Marin Držić.

He was the Artistic Director of the Dubrovnik Festival from December 2012 until October 2014.