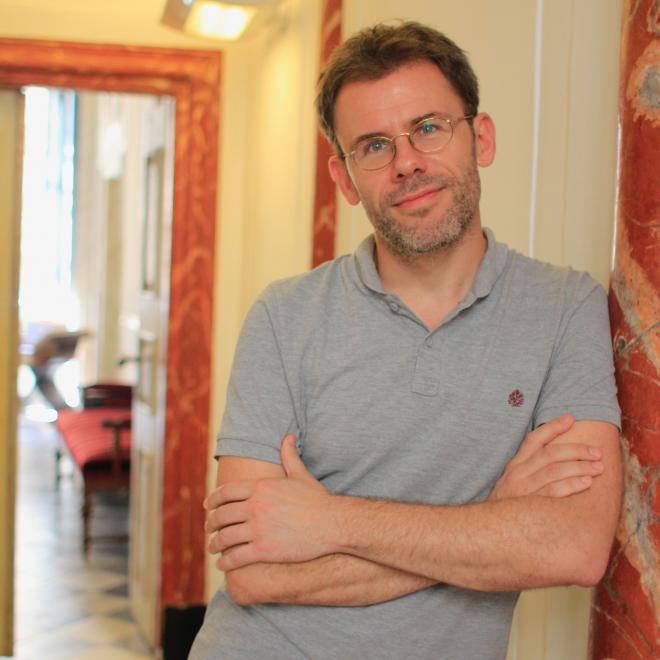 In addition to symphonic concerts, he has also directed a number of opera premieres in Zagreb, Sarajevo, Varaždin, and Dubrovnik (Verdi, Puccini, Salieri, Zajc, Bizet, Pergolesi, Purcell). He is a frequent guest at the Zagreb Music Biennale and a promotor of modern music. From 2005 to 2009, he conducted Musical Evenings in St. Donat Church in Zadar. In addition to frequent performances at the Dubrovnik Summer Festival, he also conducted the opening of the festival in 2003 and 2013; since 2018, he has been an assistant to Festival's artistic director for music program. From 2004 to 2009, he was chief conductor of the Croatian Army Orchestra, with whom he held many symphonic and chamber concerts. He has worked with nearly every Croatian ensemble and many foreign ensembles, and he has made albums and recordings with the RTV Slovenia Symphony Orchestra and the HRT Symphony Orchestra. From 1993 to 2008, he was director of the Oratorio Choir of the Church of St. Mark in Zagreb, and he has led the Antiphonus vocal ensemble since 2004. He has been the chief conductor of the Dubrovnik Symphony Orchestra from 2014. to 2017. In addition to conducting, he also arranges and composes.