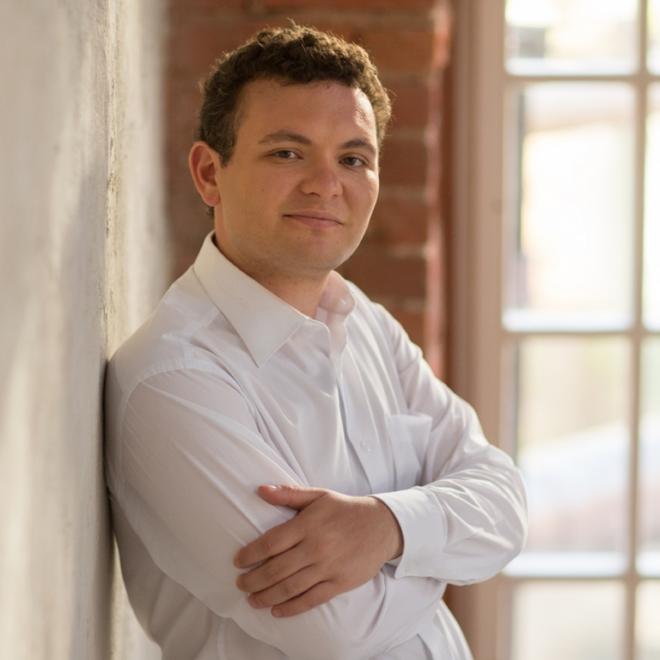 Born in 1986, Yury Favorin, who has been described by Journal Zibeline as a “very big musician in the Kingdom of Piano”, a “masters the most difficult: the art of silence” (Performarts France), possessing the “musical intelligence, impeccable technique and artistic sovereignty” (La libre), studied at the Moscow Tchaikovsky State Conservatory and received his graduate and postgraduate degrees under professor Mikhail Voskresensky.

Among the pianist’s awards are the Fourth of the Olivier Messiaen Competition in France, the First prize of Gyorgy Cziffra Foundation in Austria and Nikolay Rubinstein Competition for Young Pianists. In 2010 Yury Favorin became a laureate of the Queen Elisabeth Music Competition in Belgium that immediately boosted his international career.

Yury Favorin has been welcomed at the great concert halls in Moscow and other Russian cities, as well as in Netherlands, Belgium, Poland, Germany, Hungary, Austria, Norway, Italy, Japan, and France. His rapidly growing repertoire includes all main classical composers, but the pianist is also widely renowned for his deep interest to contemporary music and its promotion. He has regularly performed pieces by Olivier Messiaen, Pierre Boulez, György Ligeti, Georg Friedrich Haas, Peter Ablinger, Philippe Leroux, Richard Barrett, Salvatore Sciarrino, Hugues Dufourt among others and was invited twice as a soloist to perform Messiaen and Béla Bartók works with the Ensemble Intercontemporain with maestro Pierre Boulez as a conductor. Together with a composer Alexey Sysoev (electronics) and Dmitriy Schielkin (percussion) Yury Favorin became a founder of an improvisatory music ensemble “ERROR 404”.