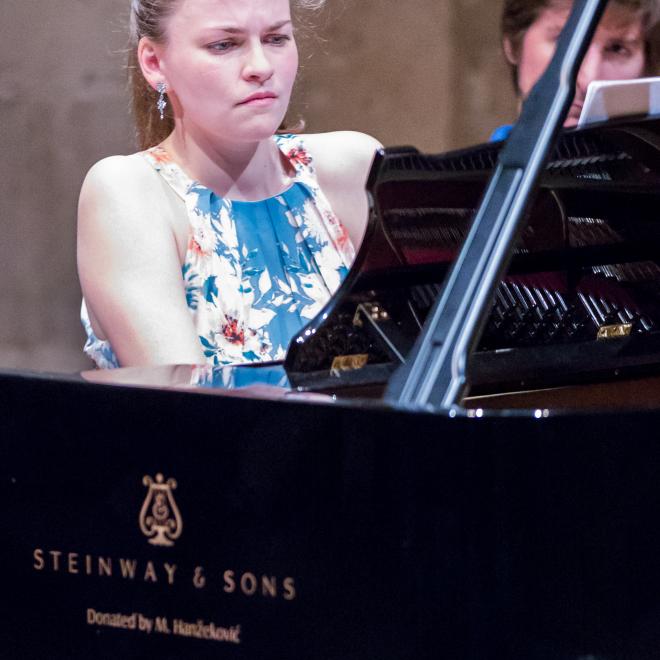 Born in 1988 in Russia, Inna Firsova began studying the piano at the age of eight, with Svetlana Korzhova in Ukraine. After graduation from the school she studied in Germany at the Hamburg Conservatory of Music with Grigory Gruzman and later at Musikgymnasium Schloss Belvedere. She joined the class of Arnulf von Arnim at the Folkwang University of the Arts in Germany.

The young pianist has been a recipient of a scholarship of the association Yehudi Menuhin / Live Music Now Rhein-Ruhr.

Currently Inna Firsova has performed as a permanent duo partner of a prominent young violinist Alexey Semenenko, appearing at the Rhein-Ruhr Piano Festival, at the Kharkov Philharmonie, Ukraine, at the Beethoven House in Germany, the International Summer Academy of Cervo, Italy and many other concert halls.