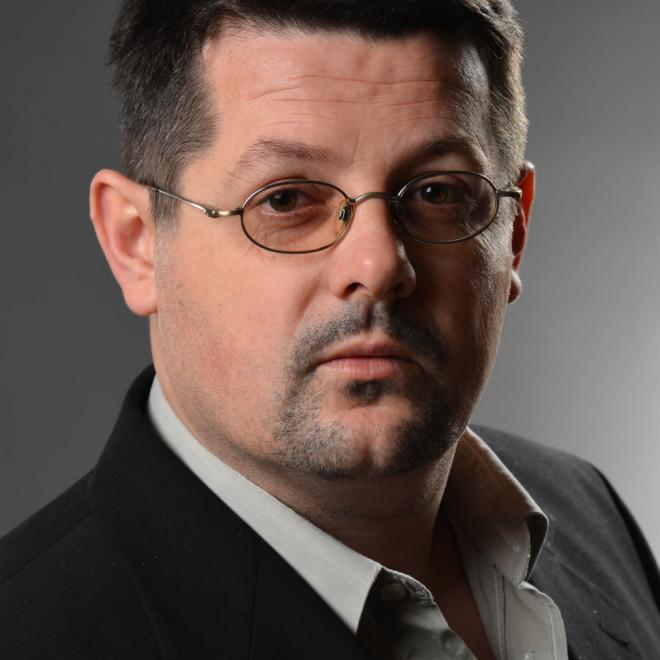 Stjepan Franetović (Stari Grad, 1974) is the principal singer at the Opera of the Croatian National Theatre in Zagreb. He earned his degree in singing from the Zagreb Academy of Music under Miljenka Grđan. He has interpreted Cavaradossi in Puccini’s Tosca, Lensky in P. I. Tchaikovsky’s  Eugene Onegin, Rodolfo in Puccini’s La Bohème, Duke of Mantua in Verdi’s Rigoletto, Nemorino in Donizetti’s L’elisir d’amore, Rinuccio in Puccini’s Gianni Schicchi, Florville in Rossini’s Il signor Bruschino, Bastien in Mozart’s Bastien and Bastienne, Alfred in Strauss’s Die Fledermaus, Juranić and Sokolović in Zajc’s Nikola Šubić Zrinjski, Mića in Gotovac’s Ero the Joker, Tonči in Tijardović’s The Split Aquarelle, the Cock in Stravinsky’s Renard, Števa in Janáček’s Jenůfa, Jeník in Smetana’s The Bartered Bride, Monostatos in Mozart’s The Magic Flute, Arbace in Mozart’s Idomeneo and around twenty minor roles. In 2001 he was nominated for the Croatian Actor Award for his contribution in a production of Tan Dun’s Marco Polo. As a concert soloist he has performed with the Zagreb Philharmonic Orchestra, the Cantus Ensemble, the Dialogos Ensemble (France), the Croatian Radio and Television Jazz Orchestra, the Croatian Radio and Television Choir, the Croatian Radio and Television Symphony Orchestra, the Dubrovnik Symphony Orchestra, the Palma Academic Choir and others. He is a member of the traditional vocal ensembles Faroski kantaduri (Stari Grad) and Jelsa.