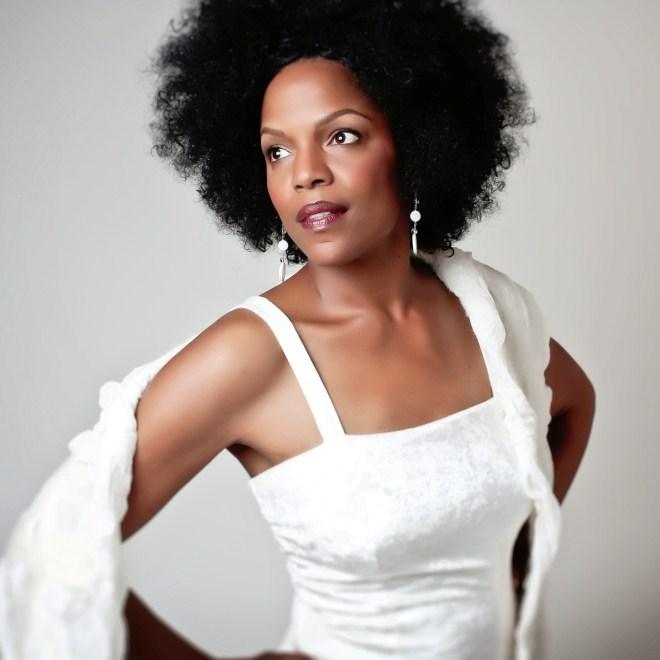 “Freelon…sang with exquisite musicality and an unerring sense of swing.” – Los Angeles Times

“Freelon continues to grow and deepen as a vocalist…but still with a crystalline, impeccably tuned voice, with often imaginative, percolating, funk-based backing from her combo.” – Daily Variety

Six-time GRAMMY® Award-nominee Nnenna Freelon has earned a well-deserved reputation as a compelling and captivating live performer. Appearing at the Democratic National Convention’s Media Day on Sept. 1, 2012, Freelon continues her international reach bringing attention to two of her passions – the art of jazz and the importance of education. In November 2011, The White House asked Freelon to headline the Asia Pacific Economic Summit, for 300 Presidents, Premiers and Heads of State from around the world – another triumph! In live performance, recent opportunities have brought her first collaborations with two legends Freelon has long-admired: guitarist Earl Klugh and pianist Ramsey Lewis.

Prior to these stellar events, Freelon teamed with Opera Superstar Jessye Norman and the Indie phenom band The Roots at The Hollywood Bowl, and thrilled SRO-shows at the Tanglewood Jazz Festival with the Duke Ellington-inspired “Dreaming The Duke,” Freelon has thrilled audiences worldwide.

Freelon’s seventh Concord Records release, Homefree, (April 2010) led to appearances on PBS’s The Charlie Rose Show, NBC’s Weekend Today, and a six-night SOLD OUT run in New York City at Jazz At Lincoln Cetner’s premier venue, Dizzy’s Club, and a four-night SOLD OUT run in London at the famed Ronnie Scott’s! Homefree is mix of tunes that Freelon identifies as “feeling at home in your own skin,” Homefree bubbles with the energy and creativeness that are hallmarks of Freelon’s recordings.

Honors and Awards in 2010 have brought Freelon a broad mix of recognition: named a 2010 “Woman of Substance” by Bennett College for Woman, delivered the Keynote Address for the 2010 Arts Midwest Conference, and more.

With her TV appearance on In Performance At The White House to celebrate the 20th Anni-versary of the Thelonious Monk Institute of Jazz, TV called again for her voice in the Emmy-winning show “Mad Men.”

In 2009, Freelon made a Special Guest appearance on Mack Avenue’s recording of The Count Basie Orchestra while in 2008 Concord released two Freelon-centered recordings, the first entitled “Better Than Anything: The Quintessential Nnenna Freelon” celebrating her ever-expanding appeal and artistry; and the second recording “The Monterey Jazz Festival 50th Anniversary All Stars,” featuring Freelon in spectacular duets and group performances with Terrence Blanchard and James Moody.

At the 43rd annual GRAMMY Awards telecast from Los Angeles, she inspired an enthusiastic standing ovation from 20,000 music-industry insiders and celebrities when she took to the stage. Prior to that stirring appearance, Freelon’s performances for the legendary Julie Andrews at the Society of Singers’ “Ella Awards,” Variety’s The Children’s Charity (as a featured vocalist at the Stephen Sondheim Tribute at Carnegie Hall), Jerry Lewis’ Labor Day Muscular Dystrophy Telethon and at the most famous jazz festivals around the globe have all been rousing successes. No wonder—for anyone who has heard and seen Freelon sing knows she is a skillful interpreter of even the most familiar chestnuts. This reputation has brought her another command performance: headline spot for ActionAID, the International AIDS fundraiser with Sir Elton John, Andrea Bocelli, and many others attending.

On her Grammy-nominated (for Best Jazz Vocal Performance) release, “Blueprint Of A Lady: Sketches of Billie Holiday” (2005), Freelon paid tribute to the quintessential jazz vocalist Billie Holiday. As inventive as ever, Freelon turned these Holiday-associated songs and fulfilled Billie Holiday’s message to all artists: “No two people on earth are alike, and it’s got to be that way with music or it isn’t music.” With her own band, and with Ronald K. Brown & his dance troupe EVIDENCE, Freelon turned this into a multi-media music and dance offering unlike any show previously seen! Freelon is a winner of both the Billie Holiday Award from the prestigious Academie du Jazz and the Eubie Blake Award from the Cultural Crossroads Center in New York City.

On her fifth Concord Records release, “Live” (2003), Nnenna Freelon brought all of her alluring talents to bear. The result is a beguiling and intimate achievement. Recorded at the Kennedy Center in Washington, DC, on February 21 and 22, 2003, “Live” marked a decade-long recording career for Freelon, as well as 20-years on the road.

It has certainly been a heady decade for Freelon. In addition to six GRAMMY nominations, Freelon also made her feature film debut in the Mel Gibson hit, What Women Want, and sang a remake of Sinatra’s classic, “Fly Me To The Moon” for The Visit, starring Billy Dee Williams. She has twice been nominated for the “Lady of Soul” Soul Train Award. What’s more, Freelon has performed and toured with a veritable who’s who in jazz, from Ray Charles and Ellis Marsalis to Al Jarreau and George Benson, among many others.

Born and raised in Cambridge, Massachusetts, Freelon received her undergraduate degree from Simmons College in Boston. Her parents and singing in the church gave the singer her first exposure to the arts – especially to the art of jazz. Her father’s playing Count Basie recordings and her mother’s active involvement in their church led Freelon to an appreciation of all music and she eventually pursued as a career in jazz. All the while, Freelon has cherished and held dear her two most important lifetime roles – wife and mother. Her husband Phil Freelon is an award-winning architect with his North Carolina-based firm The Freelon Group. As a mother of three, Freelon has led by example – follow your dreams, dedicate yourself, and work hard in all you do.

Freelon explored the roles of vocalist, entertainer, composer, educator, arranger, and producer. “We continue to evolve—artists have hungry minds and hearts, so we’re always working on the next thing— but I felt it was just time to stop, take a breath, and enjoy! I’ve grown a lot, both musically and spiritually, on this journey. Before, many things were ‘first’ experiences, but now I’m going back to some of the same festivals and clubs, and realizing I am happy and content where I am. It’s great to see all the awards and career milestones building up,” she admits, “but it’s even nicer to realize people are coming to the shows and saying, ‘I saw you back in ’95!’ I’ve made a lot of friends on the road.”

An accomplished singer, composer, producer, and arranger (as well as budding actress), Freelon has dedicated herself to educating young people, both musicians and non-musicians. She toured the United States for four years as the National Spokesperson for Partners In Ed-ucation. Her master classes and workshops, from “Sound Sculpture” to the groundbreaking “Babysong,” teach adults and children that you too can change the world – even one person at a time – but it takes dedication and perseverance, the substance of Nnenna’s educational activities. The messages in Nnenna’s activities go far beyond technique. Her messages reach into the very soul of the person listening, encouraging and motivating them toward constructive change and the creation positive energy.

With her anthem “One Child At A Time” found on her “Soulcall” recording, Freelon took on the task of fund-raising and bringing greater attention to the needs of children in education through mentoring and the arts. It has become one of the most sought-after songs for its lyrics to its music and has been used by countless organizations including local, regional and national groups such as the United Way.

Earning consistently rave reviews from even the toughest of jazz critics and with her global fan base growing, Freelon is far from done, however. In fact, as she enters a new recording decade, one thing is certain—Nnenna Freelon is a true original!

• 2001 – Durham Council for the Arts Walter J. Norflett Award – Artist of the Year