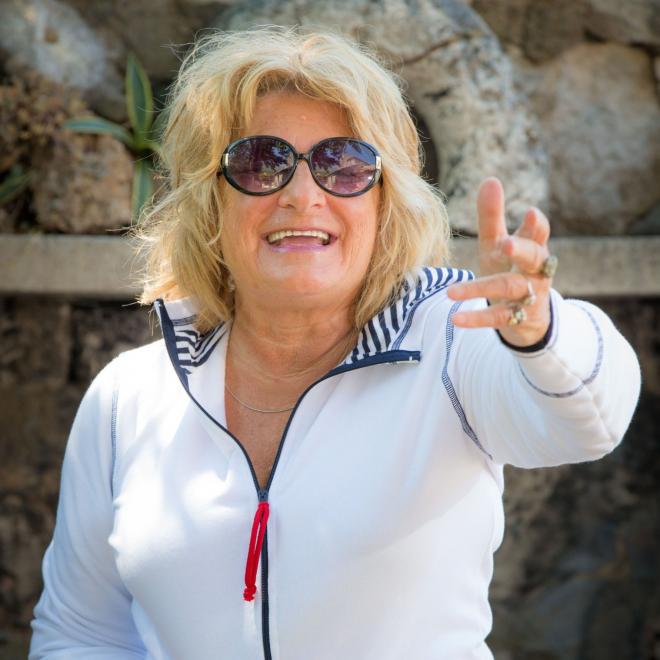 Mani Gotovac was born in Split in 1939. She graduated from the Zagreb Faculty of Arts. From 1968 to 1971 she worked as a theatre programme editor for radio and TV.  She has published her theatrical reviews in the weekly magazines Telegram and Hrvatski tjednik, and served as Press Office Manager at the Dubrovnik Summer Festival. From 1972 to 1980 her work for high-circulation magazines and in the media was banned. In 1980 she published her theatrical essays in the periodicals Prolog and Scena, as well as in the Italian Sipario magazine. Her book of theatrology essays entitled Tako prolazi gloria was published in1984. From 1985-1992 she served as President of the Croatian Critics and Theatrologists Society, and in 1986 published her book Dubrovačke mišolovke. From 1988-1990, Mani Gotovac was engaged as dramaturge in the following plays: Euripides’ Elektra, directed by P. Magelli; Brecht’s The Threepenny Opera directed by R. Ciulli; Pirandello’s play Tonight We Improvise, directed by A. Vasiljev; and Euripides’ Phoenician Women, directed by P. Magelli. In 199O she was appointed the Sterijino Pozorje Festival Programme Selector (as the first woman to serve in this position in the festival’s history), but quit her office in 1991. In 1992 she became editor-in-chief of the Novi prolog, later the Prolog magazine, which became member of the European Theatre Magazines Union. That same year she began her long term collaboration with the International Institute of the Mediterranean Theatre based in Madrid, and wrote a screenplay for a short TV film on the Dubrovnik Summer Festival. From 1992-1998 she served as Director of the &TD Theatre of Zagreb, and was engaged as a co-author of a Dubrovnik Summer Festival Monograph in 1994. From 1996-1998, Mani Gotovac served as Artistic Director of the Marin Držić Theatre and the Poetry Theatre of Barcelona, while in 1996 she was engaged as dramaturge in Gabrielle Vacis’ play Il Canto della Città, co-produced by the Teatro Settimo of Turin, the &TD Theatre Zagreb, the Dubrovnik Summer Festival and the Mittelfest of Cividale. In 1997, she edited Petar Brečić’s book of theatrology essays entitled Jedan okvir za zrcalo. From 1998-2002, she served as Director of the Croatian National Theatre of Split (as the first woman in the history of Croatian theatre), and was engaged as programme selector at the Youth Biennale of Turin in 1999. From 2003-2006 she served as Director of the Ivan von Zajc Croatian National Theatre of Rijeka, and in 2004 established the International Rijeka Summer Festival, featuring a special programme entitled Pisci pod zvijezdama. In 2008, she founded the Yes Zgb international gathering, including a special programme Pisci na Cvjetnom. In 2010,  the Profil Publishing Co. released Mani Gotovac’s autobiographical novel Fališ mi, and in the summer of 2011 her novel Fališ mi, Book II.